Mayors across California ask for funds to fight homelessness

Newsom's proposed budget includes $500 million for emergency shelters, navigation centers and other supportive housing. But he said he will revise his budget after meeting with the mayors for 45 minutes. 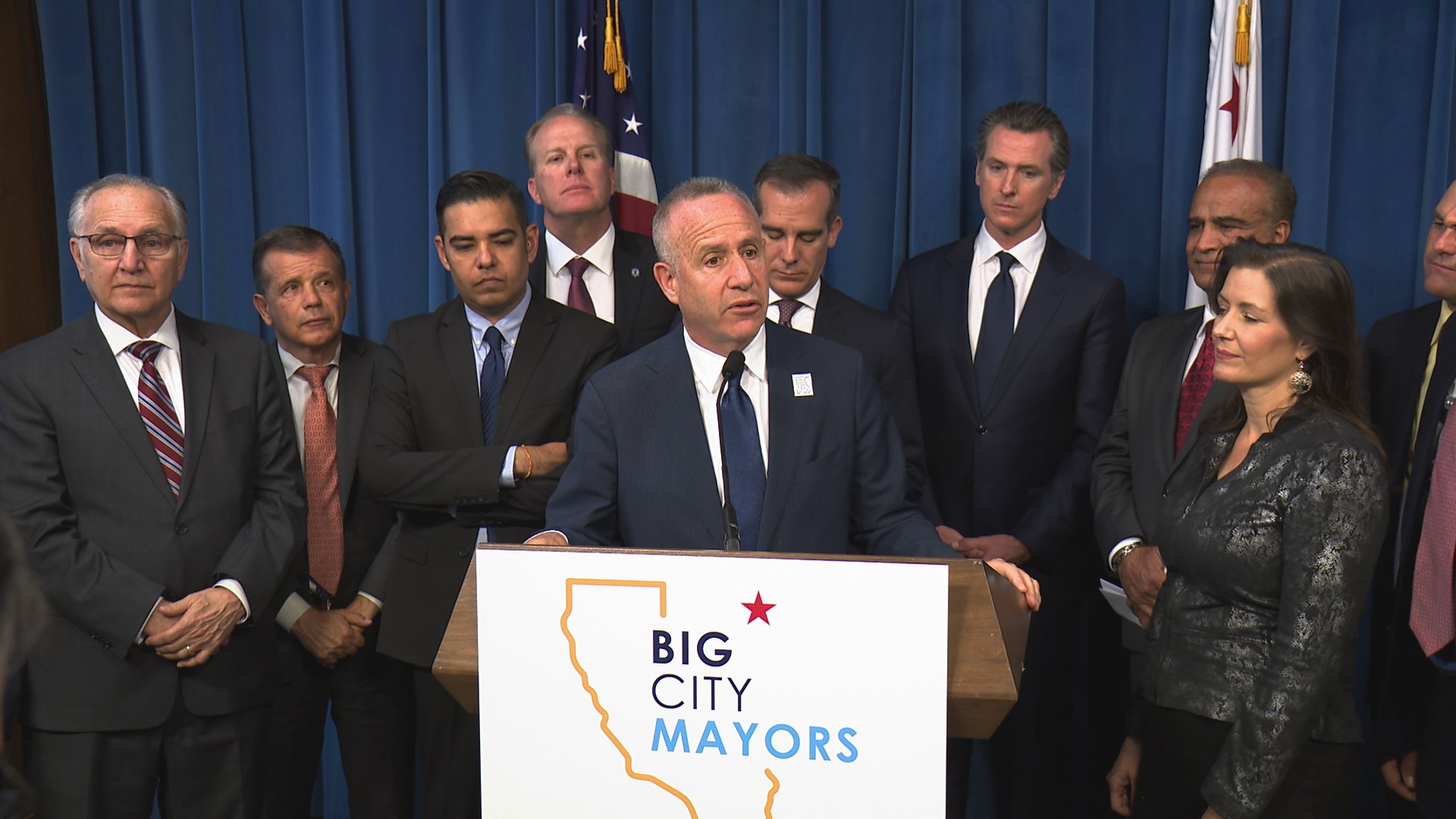 SACRAMENTO, Calif. — Gov. Gavin Newsom and California's big city mayors pushed Wednesday for more money to help the homeless on top of the $500 million the state already is spending on one of its most vexing problems.

Steinberg told ABC10 that Sacramento received close to $7 million from the program, which was used to “dramatically expand our triage shelter system.”

"We're using our HEAP funds together with $15.7 million of city general fund money,” Steinberg added, “together with money I've raised from the healthcare systems – our goal is to create 831 low-barrier triage beds.”

On April 9, the mayor said Sacramento City Council will vote whether to approve a shelter at Cal Expo and on April 23 city leaders will discuss if they will authorize the city manager to start contract negotiations for two more sites.

Assembly Budget Committee chairman Phil Ting, who sought the money being spent during this current fiscal year, said he can't commit even to the same amount, let alone an expansion, until revenue numbers become more clear as the June budget deadline approaches. He noted that revenues are $2 billion below projections, though officials think the income will rebound.

Newsom's proposed budget includes $500 million for emergency shelters, navigation centers and other supportive housing. But he said he will revise his budget after meeting with the mayors for 45 minutes.

"It's not just about more money. It's about reprioritizing some of those investments," he added.

Newsom, who once was San Francisco's mayor, left the news conference abruptly without taking questions, and the mayors would not say what changes he intends. The $500 million is part of Newsom's proposed $1.75 billion housing plan.

The mayors said they asked for changes in how the money can be spent and how long cities have to spend it.

The federal government says California has a quarter of the nation's homeless population but 12 percent of the country's overall population. Homelessness has increased by 9 percent in California since 2010 even as it dropped by 13 percent nationwide.

California has far fewer homes than are needed for its nearly 40 million people, with rising costs and rents. California has the nation's highest poverty rate when housing is taken into account.