The redesigned sign has found a temporary new home at McClatchy Park after the Sacramento City Council voted unanimously in favor of the move. 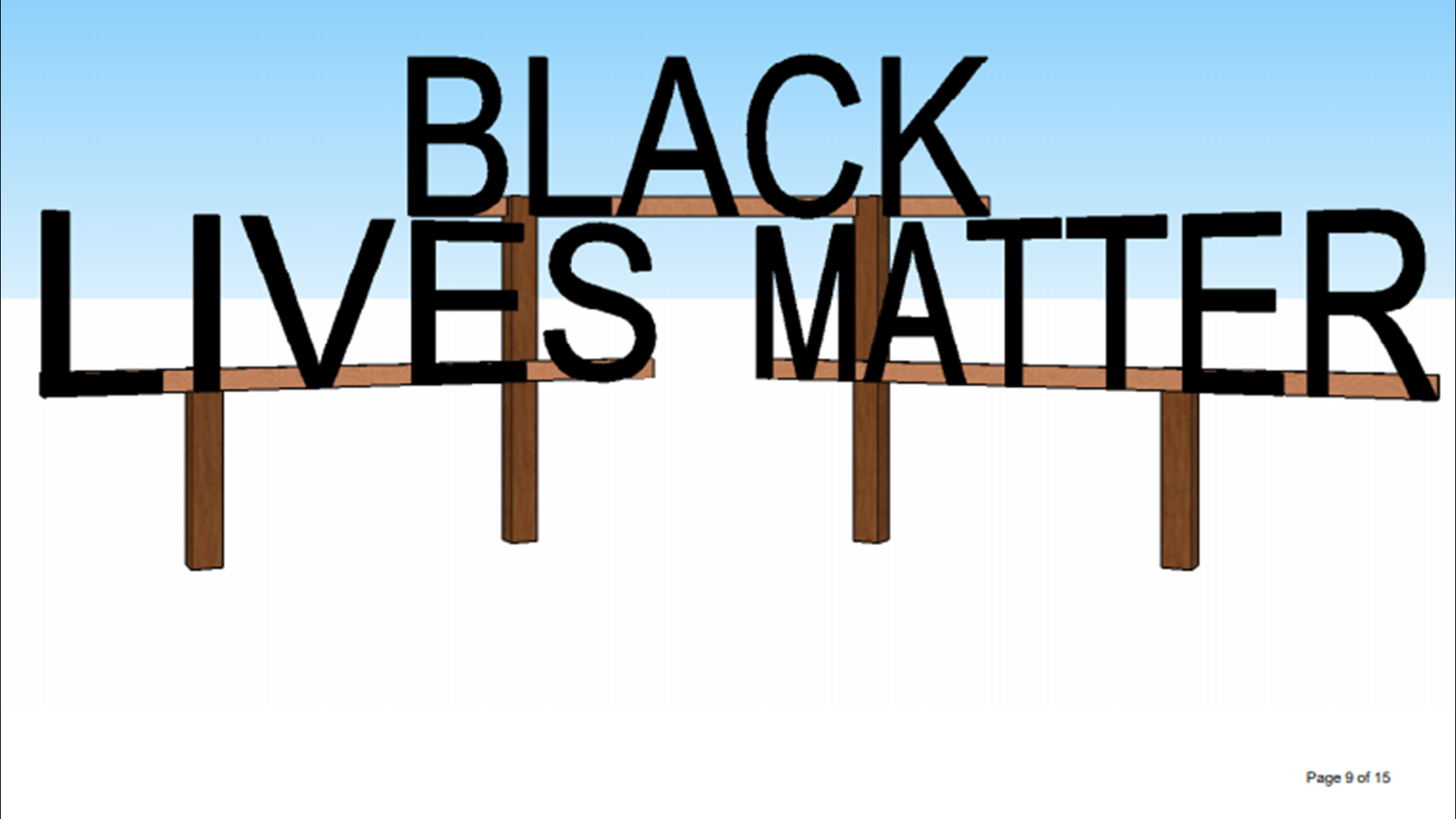 SACRAMENTO, Calif — A simple sign with a simple message has found a new temporary home at McClatchy Park after a vote by Sacramento City Council.

The sign originally debuted at Curtis Park during the summer of 2020, the product of artist Zach Trowbridge. Officials said Trowbridge donated it to a local community group that later set it up at the park.

It originally had cut-out letters with the names of unarmed Black persons killed by police inscribed on them and a blank wooden board that let people write their own messages. Eventually, more signs and some candles joined it.

The sign underwent a repair and redesign after it was vandalized. Trowbridge took the sign down and managed to make the repairs. The new design keeps the simplicity, but rearranges the display to a sturdier crescent moon-style shape.

“We felt that it was something positive, obviously, and it was a communication and message that’s been chanted but needs to have some level of permanency or some level of ongoing representation on a daily basis," Michael Blair, with the OPNA, said. "We thought that (putting up a sign) was a good way to make that happen.”

Blair added McClatchy park is no stranger to foot traffic and that the sign is good message to remind people of when they pass by.

Black Lives Matter Sacramento is hoping to see the sign go up soon, however, an exact date is still to be determined.

“We hope to see that go up soon. I know that some other things have to take place before it goes up, but we’re happy that they passed (it). Hoping to see more, more than that,” Tanya Faison, founder of Black Lives Matter Sacramento, said.

The sign was approved as a temporary addition. Faison said the sign could be at McClatchy Park for up to two years. Blair added that future locations have not been discussed at this time.

“This neighborhood has gone through so much and it needs to change and this to me, this piece going up in this area is the city committing to that change,” Faison said.

However, both she and Blair acknowledge that there's still some work to do.

“This is a beautiful gesture, and it’s going to look beautiful in this park but it’s not change. So, therefore, it’s not a win,” Faison said.

For Blair, the sign is a win in terms of a goal being set and being reached, but it's ultimately a component of something more.