Sacramento's resident "merman" made a big save, reuniting a $17,000 ring that was lost in the river with its owner. 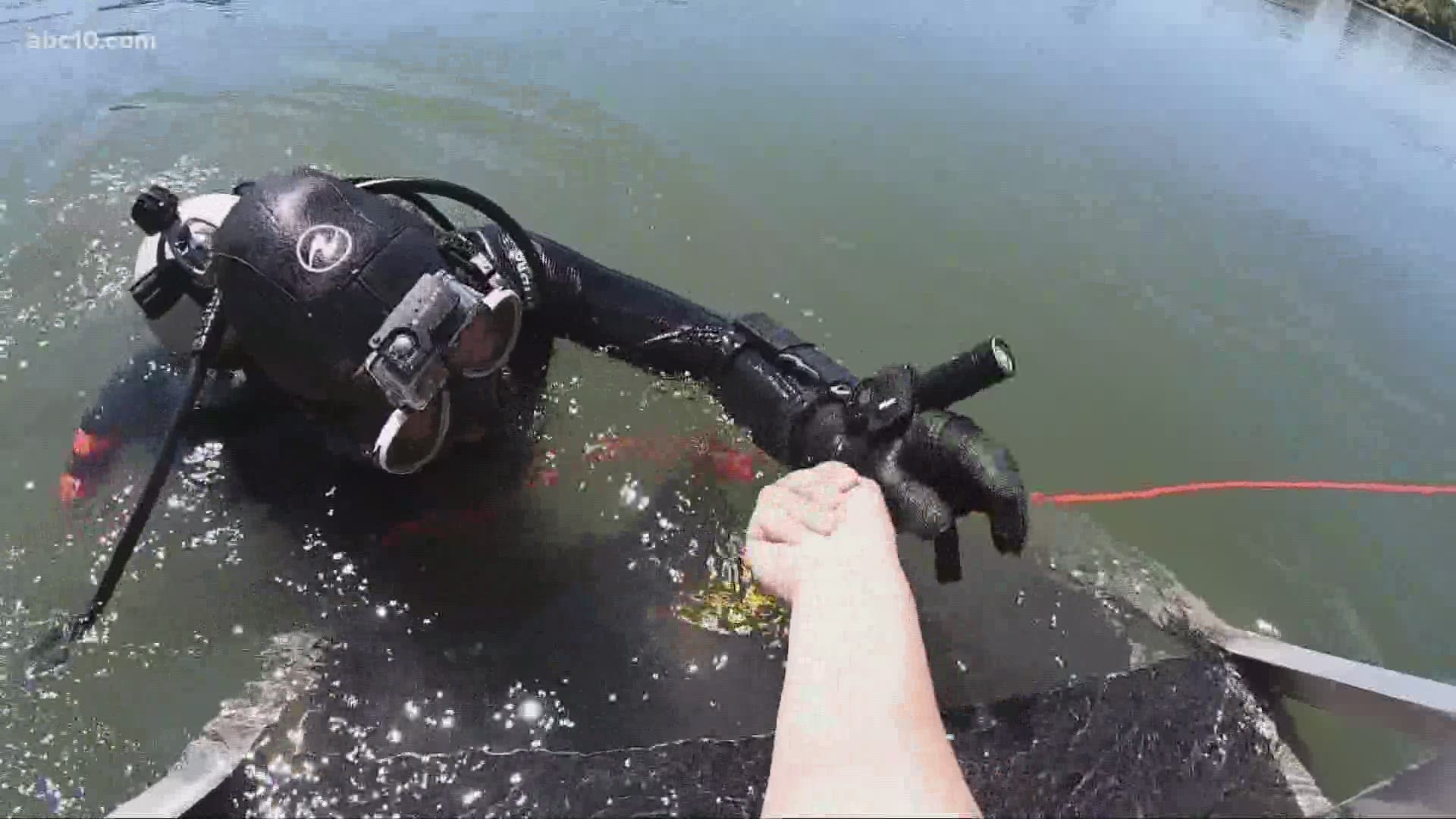 SACRAMENTO, Calif — When a man lost his late brother's ring during a trip to the Sacramento River, Sacramento's resident 'merman' made the save, reuniting a $17,000 ring with its owner.

Mike Pelley, or Merman Mike, doesn't exactly match the fantastical description of a "merman," but he more than lives up to his moniker with the amount of time he spends underwater.

He told ABC10 in February that he received his diving certification after other divers on Youtube inspired him. He dives into rivers and lakes in and around Sacramento County, picking up trash and even some treasures.

Pelley recently found himself with a big task after Bill Fitty reached out to him on his Facebook page. Pelley said Fitty asked for help in finding his late brother's ring after he accidentally dropped it at a dock. According to Pelley, the ring was worth around $17,000.

Even for a diver and treasure hunter like Pelley, a request like that is far from business as usual.

He usually doesn't try to look for missing possessions in the Sacramento River due to the strong currents, but, Pelley decided to help because Fitty had an idea on where he dropped the ring.

Pelley said he had trouble finding the ring at first because everything looked like sand underwater. Fitty accompanied Pelley to the Sacramento River, but he decided to go home, possibly because he gave up on the search.

Pelley learned swimming down current was a whole lot easier, but he couldn't find the spot where the ring fell. But he had an aha moment after realizing the river was pulling his boat's anchor.

By dropping a rock, Pelley made a line between it and his anchor that could give him better markers for his search and let him know when he is under the side of the boat. Before he knew it, his metal detector started blaring, and he found the ring.

Fitty's reaction was the kind of moment Pelley lives for.

"He grabbed his girlfriend, hugged her," Pelley said. "He was like, 'I'm coming down right now. Oh my God, I can't believe you got it.'"

Pelley netted a $1,500 reward for finding the missing ring. That money went straight to a new metal detector that he intends on using to find more missing possessions.

"When I find the first person's thing with it, I want to make a little framed picture of basically of me and the owner or... the next valuable thing I find with the metal detector to show his money went to a good cause," Pelley said.

WATCH MORE: Merman Mike | Local YouTuber and diver takes on the rivers for trash and treasures