Monster truck fans will be able to meet the drivers at the Monster Jam's Triple Threat Series' Pit Party on January 18 and 19. 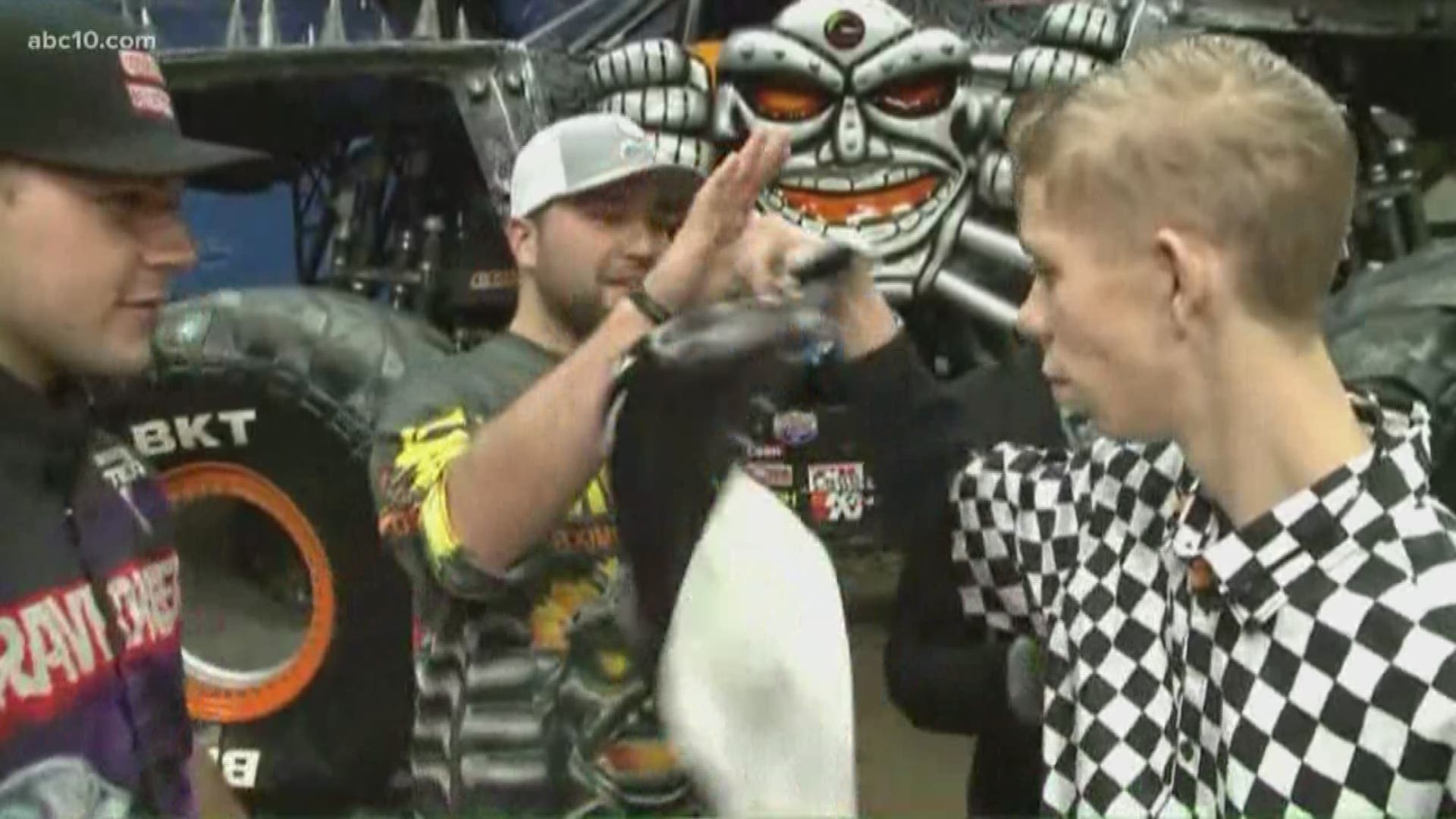 SACRAMENTO, Calif. — Monster Jam returns to Sacramento for its "Triple Threat" event at the Golden 1 Center on January 17.

Drivers will compete in three different vehicle types in seven competitions that include racing and freestyle. The vehicles include monster trucks, monster ATVs and monster speeders.

Monster ATV's are like they sound, Monster Jam's variant of the four-wheeler vehicle. Monster speedsters would be like if you were to shrink a monster truck down to the size of a jeep.

Fans attending the events can score how drivers perform in freestyle competitions, which include two wheels skills, donuts and general freestyle.

Drivers in the two-wheel skills competition involve the truck's bumper to the ground and the other end of the monster truck is lifted to the air as the driver performs their best Michael Jackson impersonation by having the vehicle back up as if it's doing a moonwalk.

The general freestyle competition involves the monster trucks performing tricks such as rolling and falling in the mud and dust.

Whoever scores the most points by the end of the event is declared the winner.

On Saturday and Sunday, Monster Jam will host an event called the Pit Party that allows guests to meet the drivers and see the monster trucks up close.

Here are the following times for the Pit Party: