"I want them to turn themselves in...How could they do that? Leave somebody there to die?" 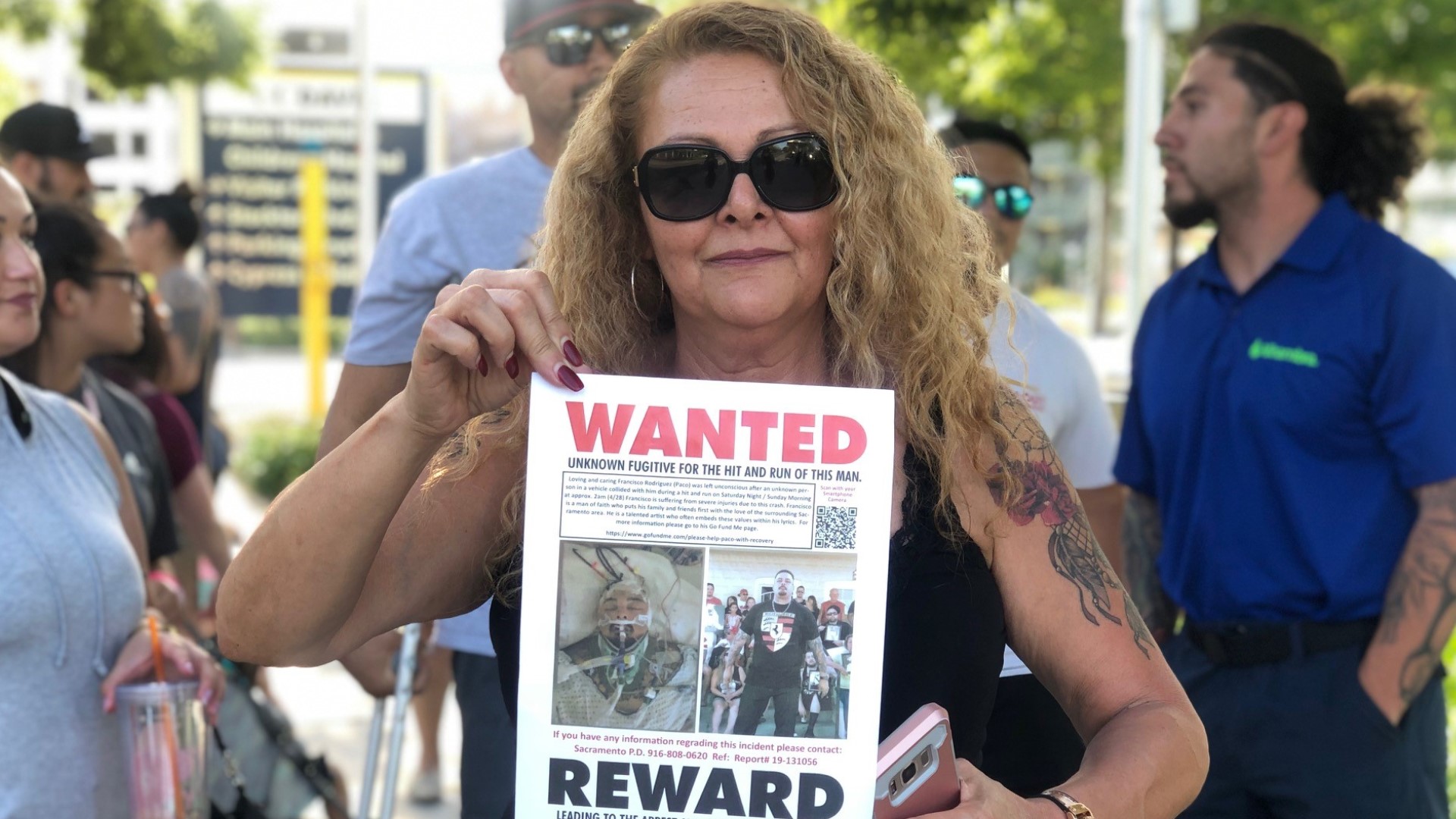 SACRAMENTO, Calif. — A mother is begging for anyone with information about the person who hit her son while he was riding his bike Sunday morning to please call the Sacramento Police Department.

"I want them to turn themselves in," said Elisa Castellanos. "How dare you take my son like that and hurt him and leave him there? How could they do that? Leave somebody there to die?"

According to police, the incident happened near Alhambra Boulevard and T Street around 2 a.m. Officers believe a Nissan-type vehicle fled the area after the collision.

Francisco Rodriguez, who friends and family know as Paco, is still fighting for his life at UC Davis Medical Center. Castellanos says she didn't find out what happened to her son until Monday morning.

Castellanos told ABC10 she doesn't understand why it took the hospital so long to contact her.

"When an unaccompanied patient is brought to the emergency room without ID, our staff make every effort to swiftly identify and locate family members to notify them about their loved one. In this case, we had to use a retailer’s loyalty program card in the patient’s wallet to identify an employer, and when the company opened on Monday, we were able to work with the company to identify an emergency contact, who was then with the patient in 1.5 hours. We are sorry we were unable to notify this family sooner, as we know how important it is to let loved ones know someone has been hospitalized. This is a good reminder for all people to have identification and emergency contact information with them at all times."

However, Castellanos claims the witness who found her son told her he did have an ID on him.

"She found him laying on the street, and she stopped, and looked at his ID, so she knew his name was Francisco," Castellanos explained. "She said that he was fighting for his life, he was gasping for air, and he couldn't breathe."

Paco's friends said he had just installed LED lights on his bike on the night of the incident.

"He was lit up," his mother said. "I don't know how anyone could have not seen him on that bike."

Paco's friend, Angel Rodriguez, described the 40-year-old as a loving family man willing to help anyone in need.

"He always takes care of his brothers and his family first, [he's a] hard worker," Rodriguez said.

Castellanos added, "He's a big teddy bear, he loves everybody."

Paco's family set up a GoFundMe page to help pay his medical expenses. If you'd like to donate, click here.

The Sacramento Police Department is asking anyone with information about the hit and run to call 916-808-5471. Authorities are offering a reward of up to $1,000.