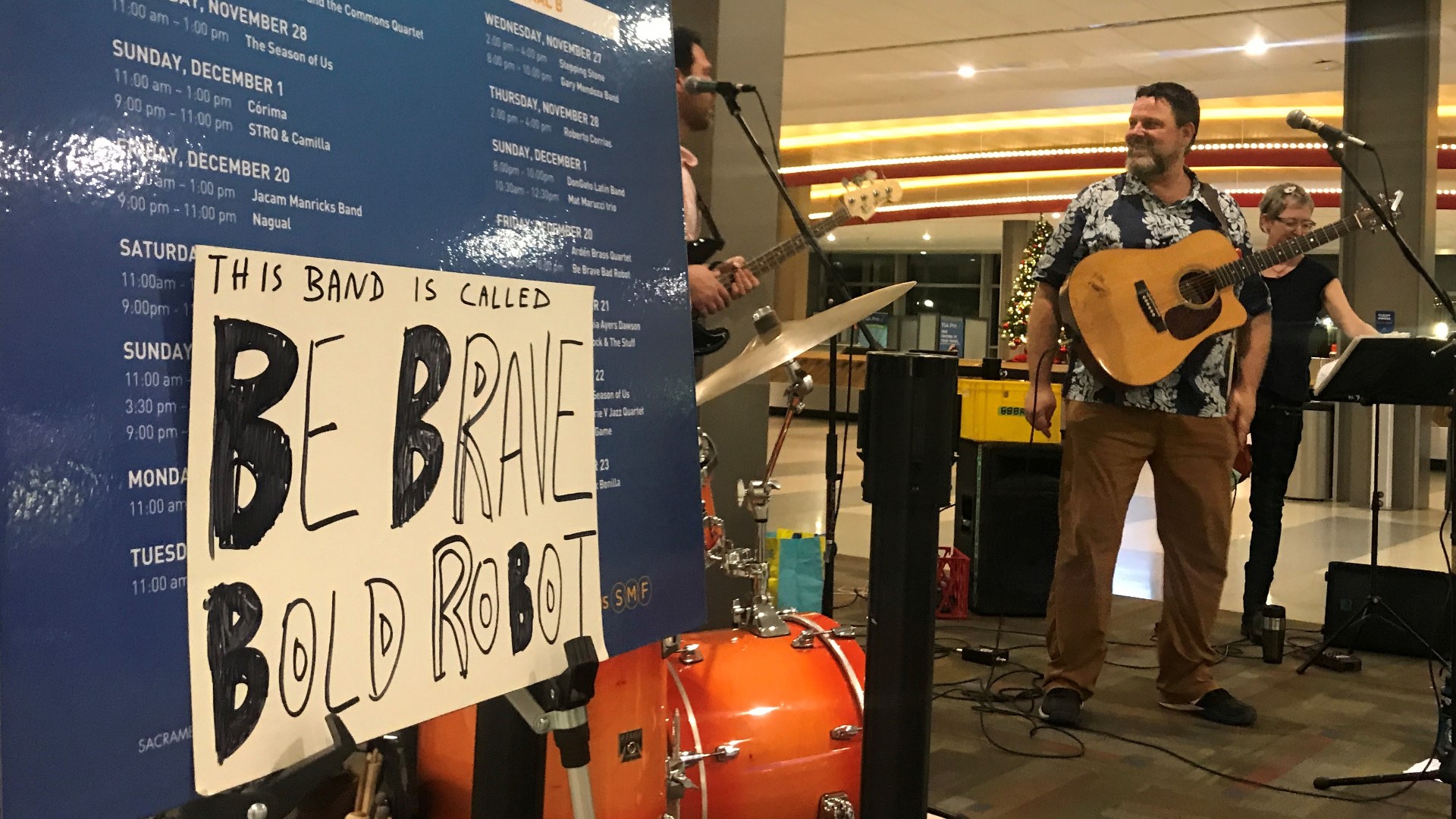 SACRAMENTO COUNTY, Calif. — For more than a decade, the Sacramento Metropolitan Arts Commission and the Sac International Airport have presented the Holiday Music Series, which brings local musical groups in to perform during the busiest holiday travel times.

On Friday night, travelers were serenaded by a local Sacramento group called Be Brave Bold Robot.

"We got applause from everybody waiting at the carousel from their luggage on, like, the first and second song,” said band member Dean Haakenson. “That threw us for a loop, because you don’t expect that. It was nice. People were paying attention.”

RELATED: Santa's reindeer get OK from vet to make journey around the world

Be Brave Bold Robot set the tone for family reunions on a busy travel day as loved ones arrived for holiday festivities.

Lodi-natives Tina and Charlie McElligott flew in from Washington Friday evening to spend Christmas with their daughter and son-in-law Erin and David Doxtader and their four children. The McElligotts’ other daughter and her husband were due in from Seattle later that night.

"We always like waiting at the different trams and waiting to see,” Erin Doxtader told ABC10 about her family’s Christmas tradition of greeting family at the airport. “The kids are always at the glass waiting to see who gets to spot Papa and Grandma first."

Friday was hardly the busiest day. Sac International Airport officials said Saturday will be a big one, along with Thursday and Friday of next week, as people travel the day after Christmas and head to their New Year's Eve destinations.

People traveling from Dec. 21-24 could be greeted with music. More information about the Holiday Music Series at Sac International Airport is available HERE.

"This is a very unique venue, because I think a lot of people are coming in from travel,” Haakenson said. “Maybe they're a little angsty, but I think having a little something different than the norm throws a smile into their brain that they weren't prepared for."

Airport officials say the best gift you can give yourself if you're flying- is time. With more travelers, comes longer wait times at the check-in desks and in the security line. Plus, if you're leaving your car at the airport, it's harder-to-find parking.

Why Guy: Why is SuperShuttle ending operations at Sacramento's airport?