NAACP president to Sac PD: 'Treat me like you treat the soccer mom' 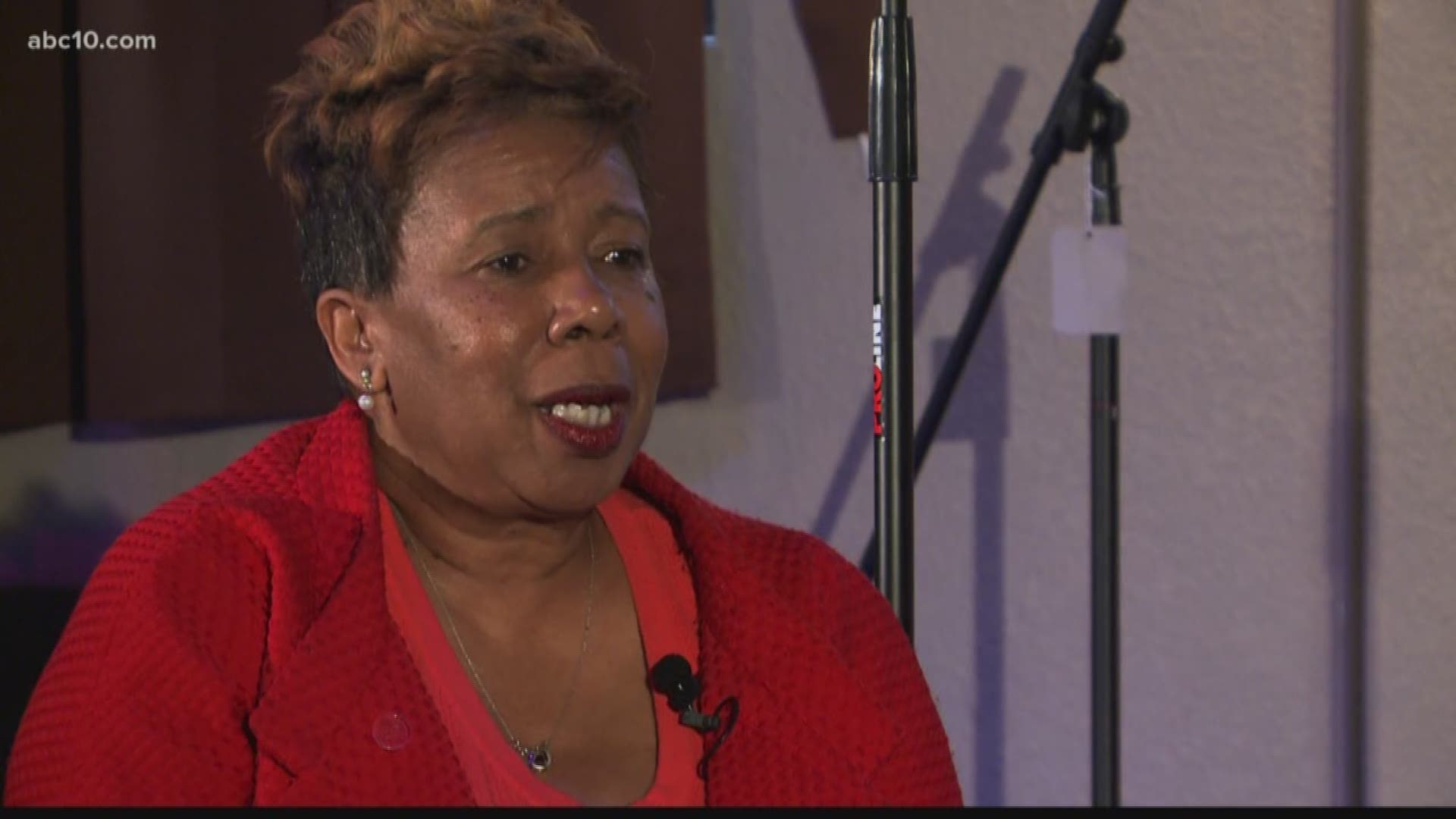 ABC10 went to the Off Broadway Blues and Jazz Cafe for a conversation with Betty Williams, the president of the Greater Sacramento NAACP chapter, who has been more outspoken in recent months following some high-profile incidents involving police.

She spoke with Chris Thomas about Craig Williams, a man who was arrested after police say he resisted when confronted about leaving his car idle at a 7-Eleven in south Sacramento.

In California, it's against the law to leave your car running attended.

The NAACP has announced they will provide legal assistance for Mr. Williams.

(The conversation was edited for length and clarity.)

Chris Thomas: We have another incident involving Sacramento police at a time when we're talking about race and community policing. What do you think of this?

Betty Williams: Well, at the end of the day, I understand that everybody wants to go home alive. So understand my background. I have three black sons that I want to make sure come home alive, and I have two brothers who are in law enforcement. So what I think of this is simply that an officer had a choice. When you talk about the young man having a choice, they both had choices. The officer chose not to engage even though he saw that young man in the store prior to this incident. He was harmless in the store. He could have simply said, "It is against the law to have [your car idling]. I just want to give you a warning this time. Somebody else may give you a ticket, or take you to jail, but I want to prevent that from happening." He made the choice to not go in that direction. ...The atmosphere and the environment in Sacramento is such that when it comes to law enforcement, [black people] don't know at the end of the day when they're being approached by Sacramento PD if they're going to go home alive or not.

Let's talk about that, because that sounds like it comes from a place of fear.

It is the fear factor. In the neighborhood, we say if you don't pass the attitude test of a police officer, you will likely go to jail or you're dead.

So you're saying it's about respect?

It's totally about respect. Or he lack of respect for the African-American community.

Folks who say, "If he had just given him his ID," or "If he had just complied with what the officer had said this would have been a totally different story." What do you say to that?

I think that's a good question to ask because it's OK [for the officer to ask for ID at that time.] But that's a different scenario than you've already seen him in the store. ... Now, if you know Mr. Williams, you'd know that he's a jokester, he's fun, he's a loving individual. He goes to that store to buy the same item three times a day for two years, so you would think everybody knows him.

So what do you think an officer should do in that situation?

What else should people understand about this situation?

People need to know this about Craig Williams. Craig came from a great family. His mother and father are retired military and worked in this community for 30 years. They did a great job with him and his brother. He lives in the Pocket area, has a good job, doing what he does every day. He's going to the 7-Eleven getting his regular orange juice and donuts and going to his car.

He's not the stereotype that people thought they were getting, is what you're saying.

No, he is not, and was not at the time. He did not deserve to go to jail that night. He did not deserve to spend the night in jail. He does deserve — because right now he's looking at felonies for something that should have been an infraction with a fine of $250. You're looking at changing a man's entire life. ... All we're saying is if you start with respect, it will end with respect, and you and I would not be having this conversation.