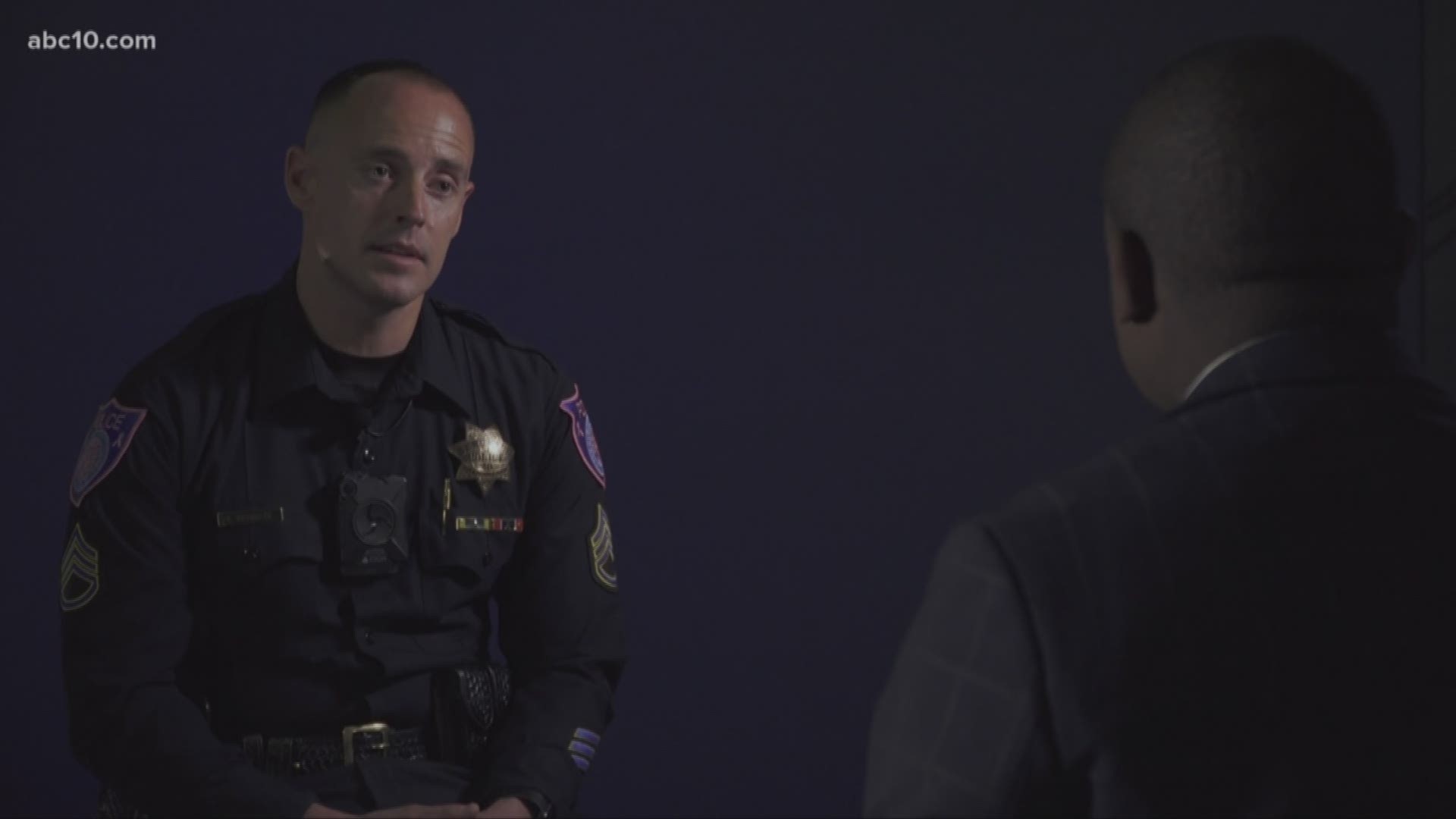 If you're viewing this on the ABC10 app, tap here for the multimedia.

The Sacramento Police Department has officially sent the results of the Stephon Clark case to the Sacramento County District Attorney.

“We recognize that this incident has had a significant impact on our community, and that our investigation had to be as thorough and as open as it could be,” said Chief Hahn.

“That’s why we released more information than we ever have before, and why we took the time needed to be sure we found every fact available to us. I believe Mr. Clark’s family and our entire community deserve an accurate and comprehensive inquiry into the tragic events of March 18, and I believe we have done that.”

Now that the police have finished the investigation, the Sacramento County District Attorney and State of California Department of Justice will be reaching a decision.

The Clark family released the following in regards to Sac PD's conclusion of their investigation into the shooting:

The Clark Family would like to express their concerns regarding the Sacramento Police Department’s Media Advisory/News Release. Although the release mentions a thorough investigation has been sent to the Sacramento County District Attorney and State of California Department of Justice, all details have been deemed private to the public. Astonishingly, these details have even been completely concealed from the Clark Family, which does not promote transparency in the slightest. There was no mention of specifics of the investigation, such as any forensic evidence found, the findings from the contents of Stephon Clark’s cell phone, the interviews with 'numerous witnesses” that were conducted, etc.

The one-page release took time to boast that, “Releasing video of a critical incident this quickly is unprecedented, not only for our organization, but also, for any law enforcement agency in the nation.” Not only is this statement irrelevant to the investigation’s findings in the murder case of Stephon Clark, it also is an offensive manner in which to highlight the Police Department’s ability to quickly release a video of their officers killing an innocent human life.

The community has indeed been traumatized by the brutal murder of Stephon Clark, which is why the Clark Family urges the community of Sacramento to come together to put pressure on District Attorney Anne Marie Schubert to press full charges against these officers.

We need to come together in solidarity in order to prevent this atrocity from happening ever again in our backyards.

Sacramento Police have said they will launch a department review, separate from the shooting investigation, to determine whether the officers followed department protocols and procedures.

Who was Stephon Clark?

Stephon Clark was a 22-year-old man who drew national attention after he was shot by Sacramento police officers in his grandmother’s backyard. Clark was a father to two children.

Officers were looking for man who was allegedly breaking car windows on the 7500 block of 29th Street in South Sacramento.

Assisting deputies from the Sacramento Sheriff’s Department said they had seen a man running toward the front of a home, stopping to look inside another car. Earlier deputies said that they had seen the man break a door with a “toolbar”.

According to Sacramento Police Department, officers fired in fear of their safety, however, the object held by Clark would later be identified as a cell phone.

Due to the safety reasons for people inside and outside the building, the council meeting was abruptly adjourned.

The meeting was dedicated toward an open dialogue between the community and city leaders; the council chambers were filled to capacity an hour before the meeting even began.

Clark’s funeral attracted hundreds of residents to Bayside Boss Church, including some who did not know the 22-year-old. Due to shootings involving black men from across the country, the funeral attracted a lot of attention and raised some concerns on police shootings.

A eulogy for Clark was delivered by Reverend Al Sharpton, who flew 3,000 miles to attend the funeral. He defended the actions of Stevante Clark, who threw himself on his brother’s casket and eventually started a chant in his brother’s name during the event.

The incident also reached the attention of the White House, which said that the situation was a local issue and was not something for the federal government to weigh in on.

In May, an autopsy report from the Sacramento Police Department’s autopsy revealed different findings in comparison to an independent autopsy done by Dr. Bennet Omalu, who was tasked with the job by the Clark family.

The Sacramento Police Department claimed the information from the independent report was erroneous, but Dr. Omalu stood by his findings.

Omalu claimed that Clark had been shot eight times. Sacramento police claimed that Clark was shot seven times and that Omalu mistook an exit wound for an entry wound, which left the impression that police had first shot Clark from the back.

In September, the family and estate of Stephon Clark filed claims against the City of Sacramento seeking damages in relation to Clark’s death.

The claims include contentions that officers had used excessive and unreasonable force against Clark, that Clark had never verbally threatened anyone, and that Clark was unarmed when he was shot.