“The dog had its mouth around my hand, but there is nothing there,” the unnamed officer can be heard saying in the video. “It didn’t like actually bite me." 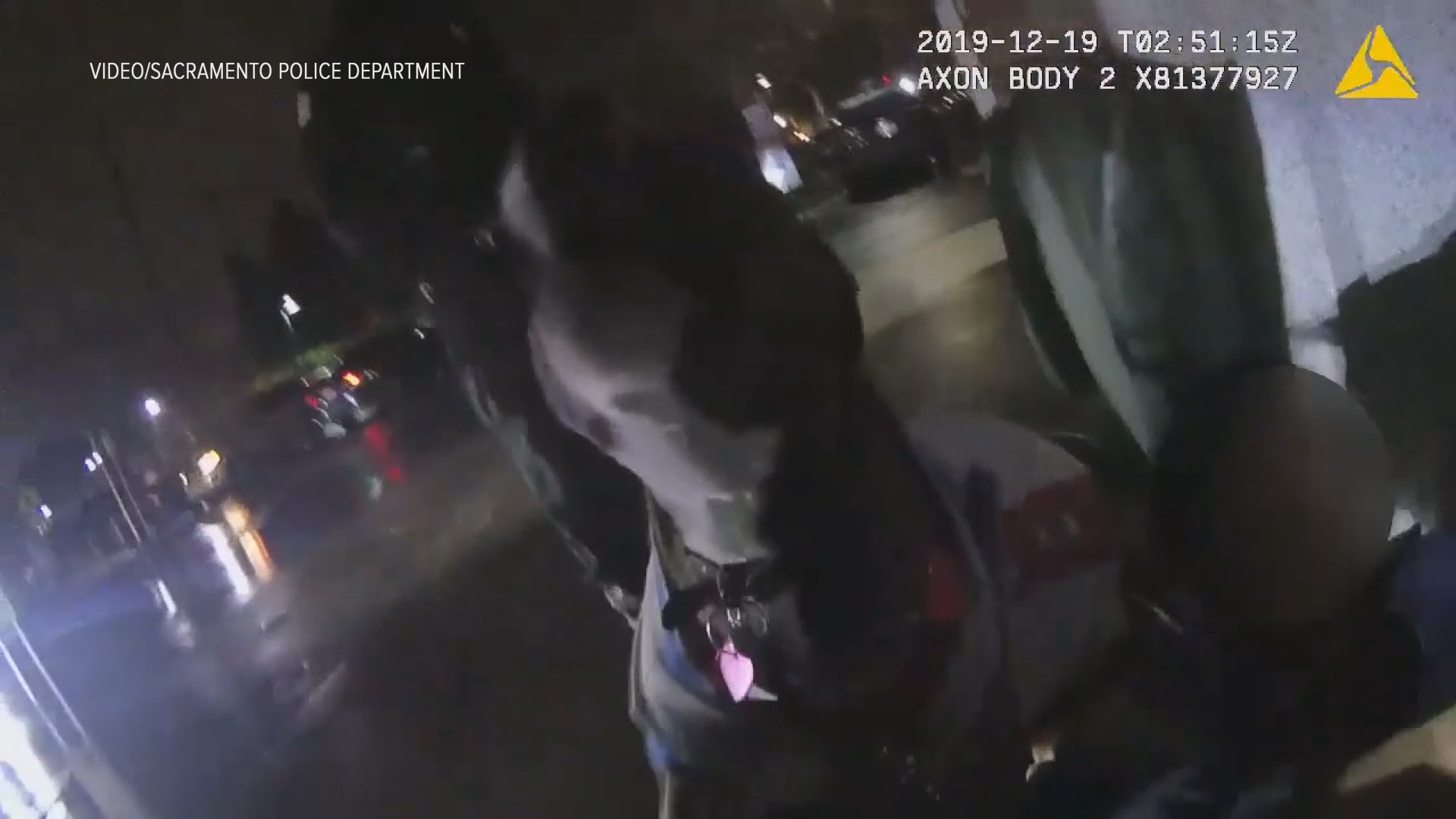 SACRAMENTO, Calif — Newly released video from the Sacramento Police Department raises new questions about whether an allegedly aggressive dog outside of the Safeway in midtown bit an officer before another officer shot at the dog.

The department first released video more than a week after the shooting. The police-worn body cam video showed an officer responding to reports of a man who was refusing to leave the Safeway property.

“I don’t want to take you to jail, just go,” the officer can be heard saying to the man, who is standing with his dog.

Minutes later, the officer attempted to arrest the man. During the arrest, the dog can be seen lunging at a responding officer. Sacramento Police officials claim the dog bit the officer, but video the department released Friday suggests otherwise.

“The dog had its mouth around my hand, but there is nothing there,” the unnamed officer can be heard saying in the video. “It didn’t like actually bite me. It was snarling and growling and snipping. I have no idea why it didn’t bite me.”

Police also released stills from the video showing the moments they said the dog had its mouth around the officer’s arm. (See the photo above.)

The dog, its owner, and a security guard were injured by shrapnel from the bullet that the officer fired. The man involved in the incident has not been charged, and police say the investigation is ongoing.