What was once just the possibility of a recall election is now materializing as more potential candidates begin to campaign. 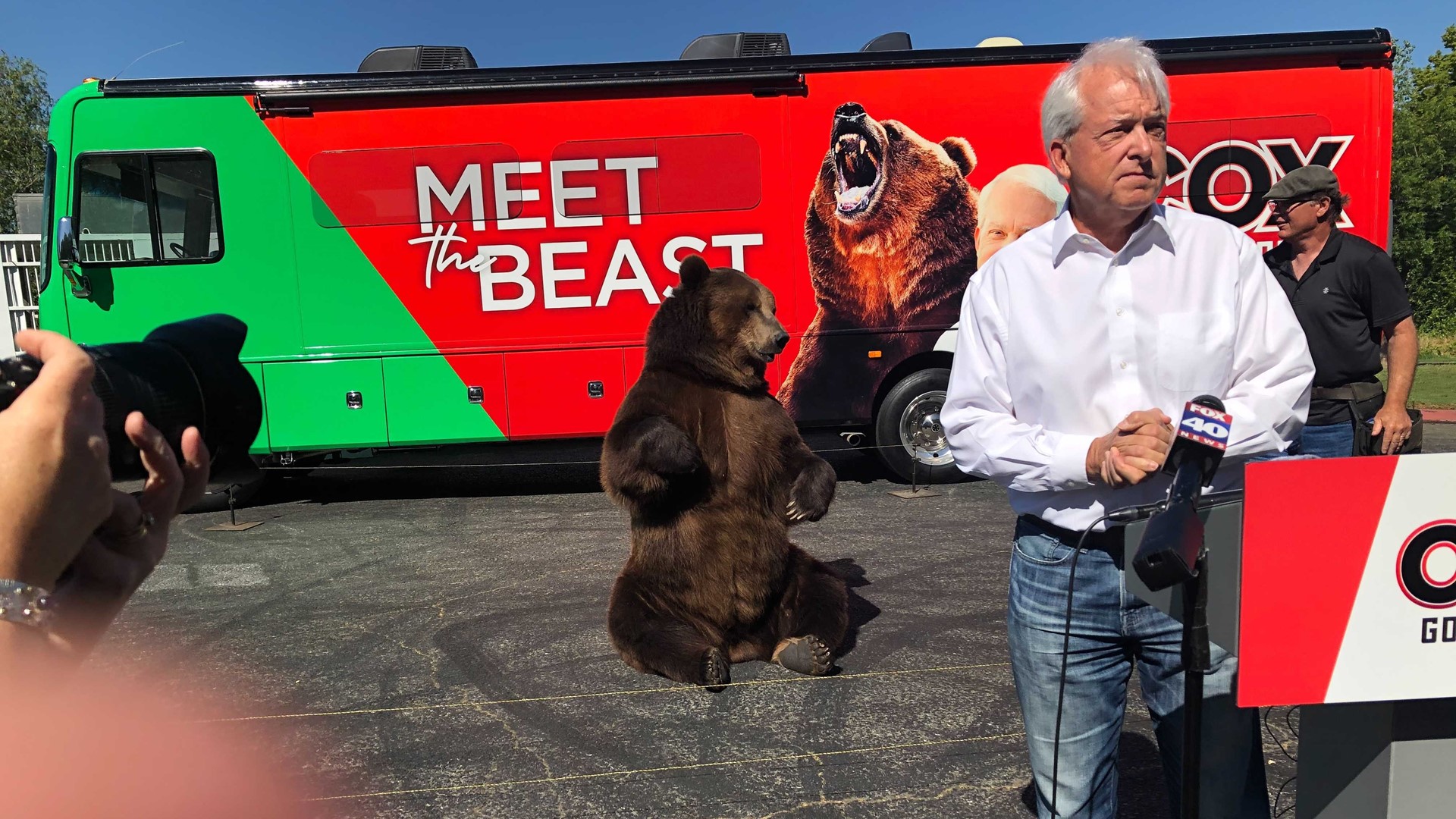 John Cox lost badly to Newsom in 2018 and has spent $5 million to launch a statewide television ad that starts airing Tuesday.

In his recently released campaign video, Cox highlights his business experience and criticizes Gov. Newsom's economic coronavirus response. He refers to the governor as, "The Beauty," and himself as "The Beast," stating in a voiceover at the beginning of the ad that voters will get the chance this fall to choose between "pretty boy" Newsom or "the beast," Cox.

Cox named the tour “Meet the Beast” and was joined by a 1,000 pound bear for his first stop, taking place at Sacramento's Miller Regional Park.

The tour continued Tuesday to French Laundry, where controversial pictures of Governor Newsom dining were released while indoor dining was restricted in much of the state.

"California needs a disruptor," Jenner says in the video. "A compassionate disruptor."

Jenner released the video with her speaking about her candidacy for the first time that shows clips from her Olympic 1976 run. She says she wants to bring back the “gold" to the Golden State.

The release of the two videos from hopeful candidates points to a fresh impression with voters, marking a new phase in the pending recall.

Governor Newsom firing back claiming the recall is not a reflection of the wants of Californians—but, rather, of the republican national committee and those with far right ideologies

“I hope people take the time to discover what this actually is, it's people who don't believe in science, science of the pandemic  let alone climate science there's a lot at stake for Californians in this race,” Newsom said.

The governor is focused on his accomplishments during the pandemic including vaccine distribution and the state having the lowest positivity rate in America. He acknowledged some former supporters may now be on the fence after signing a petition due to the stress and anxiety of the pandemic but plans to win back this trust.

“I understand why people expressed themselves the way they did so our job is to earn their trust back and we've seen that reflected in the data,” Newsom said.

At the same time, the California Democratic Party has made it clear they intend to stand by Gov. Newsom. During the party's annual convention, featured speakers argued removing Newsom from office would roll back the state's liberal policy achievements.

Vice President Kamala Harris, who is from California, says she and President Joe Biden support Newsom "100%." She and other speakers also highlighted Biden's activities during his first 100 days in office and urged Democrats to stay energized for both the recall and the 2022 midterms, when Democrats will try to hold power in the House and Senate.