Non-profit helps veterans with PTSD train their own service dogs 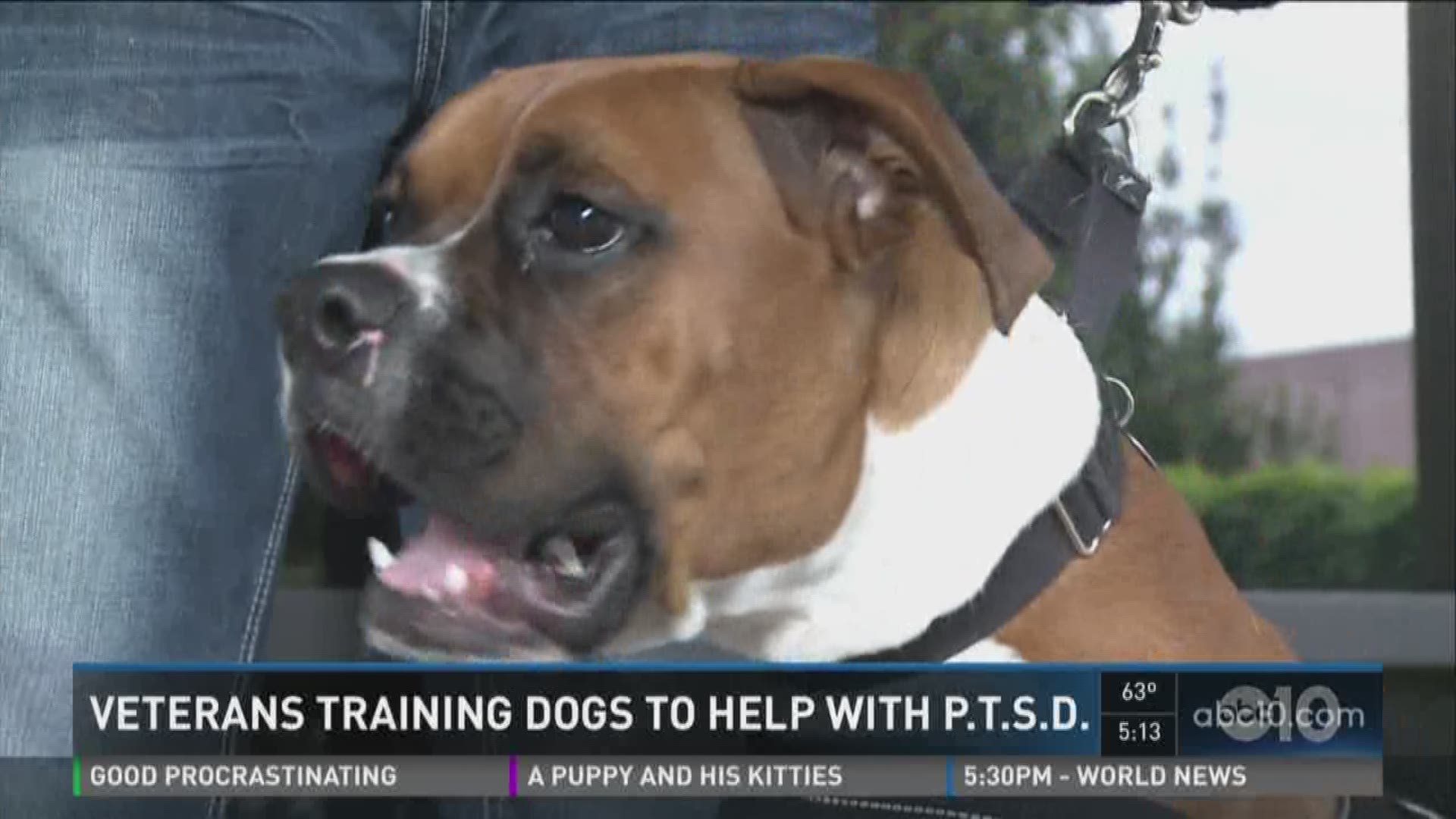 It’s a little early for graduation season – but not if you’re a dog.

Non-profit organization 4 Paws 2 Freedom will be graduating a new class of service dogs this Sunday, capping off six months of intensive training. Unlike many service dog organizations, the puppies are actually trained by the people who will use them – in this case, veterans struggling with post-traumatic stress disorder, or PTSD.

“When I came home I had a hard time reintegrating into society. Trying to become a normal person again. I had lost a lot of my identity in the military, especially after Iraq,” Teresa McFarland explained. She served in the U.S. Army for 10 years, and deployed to Iraq in 2003.

McFarland’s dog Max, a black Labrador retriever, helps her deal with anxiety and reduces her need to be hyper-vigilant.

“He is such a comfort to me – he’s my best friend. He goes with me almost everywhere now,” McFarland said. “There’s days when I don’t want to get up out of bed. He makes me get out of bed. He will literally nudge me, and make me get out of bed every morning. He’ll bring me his leash, and it’s hard to say no to that.”

Corey Davis’s dog Xerxes is also graduating on Sunday. The 9-month old boxer still has the energy of a puppy, but Davis says he’s already helping Davis cope with the effects of PTSD in public.

“He alerts me to people standing behind me, [and helps me with] being in crowds,” Davis said.

4 Paws 2 Freedom master dog trainer Terry Sandhoff says the organization’s philosophy of having veterans train their own service animals has to do with the relationship between animal and owner.

“The puppy starts with them at 8 weeks; that’s an amazing opportunity for that person and dog to bond together at an early age. Now they’re going to go through training together, they’re building this loving and training relationship bond. For some of our veterans, it will be the first bond they’ve had,” Sandhoff said.

4 Paws 2 Freedom is currently accepting applications for its fall 2016 training program. The organization teaches classes at the Pet Food Express location in Roseville.