Four people were injured, and two people died in a shooting late Friday night near the Old Sacramento waterfront. 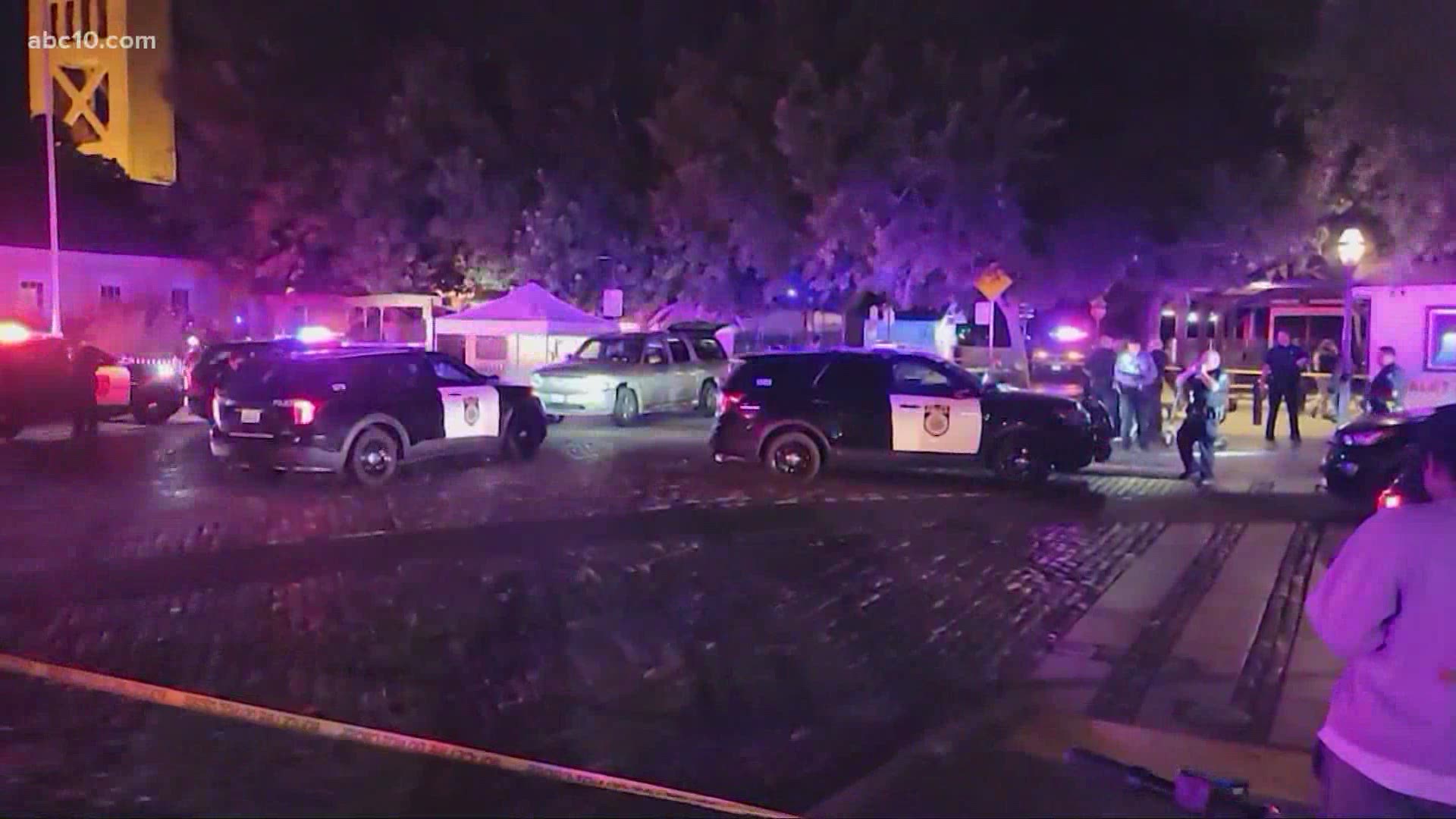 Police said Marcus Trull, 22, and Cedric Salcedo, 21, were detained during the initial investigation just before midnight on Friday. The two were later booked into the Sacramento County Main Jail on charges of homicide and felony assault.

“Visitors to Old Sacramento this weekend can expect increased police resources in the area so they may enjoy the atmosphere while feeling secure," Sacramento Police Chief Daniel Hahn said.

At this time, the Sacramento Police Department said they do not believe there are any outstanding suspects and the area of the shooting has been cleared.

Officers responded to shots fired around 11:45 p.m. near the Old Sacramento waterfront near Candy Haven on the corner of Front Street and L Street.

The Sacramento Police Department said that officers across Sacramento and neighboring cities responded to assist due to the nature of the shooting.

The two people who died were both adult males. The police department did not release any further information about the other four injured victims aside from that they sustained non-life-threatening injuries and were treated at local hospitals.

The investigation is still developing, and the detectives did not say if there was a motive; however, detectives said they believe there was a fight between two groups before the shooting. They further said this incident appears to be an isolated incident.

Law enforcement recovered multiple guns at the scene, and detectives will continue speaking to witnesses and gathering evidence for this case. The Sacramento Police Department said there is currently no description of the suspect. They also did not say whether they suspect one person or multiple people were suspected of the shooting.

Please see the following link for a press release containing details regarding this investigation:https://t.co/mKbe8d7s8d pic.twitter.com/1Pdm0KFI91

The Sacramento County Coroner’s Office will release the identity of the victims after their next of kin are notified.

The Sacramento Police Department wanted to encourage any witnesses with information regarding this shooting to contact the dispatch center at (916) 808-5471 or Sacramento Valley Crime Stoppers at (916) 443-HELP (4357). Callers can remain anonymous and may be eligible for a reward of up to $1,000.  Anonymous tips can also be submitted using the free P3 Tips smartphone app.