On July 4, activists demand reunification of families separated by ICE

"If we're going to celebrate a country of freedom, we really need to mean it, and that is by liberating all the people that are currently detained." 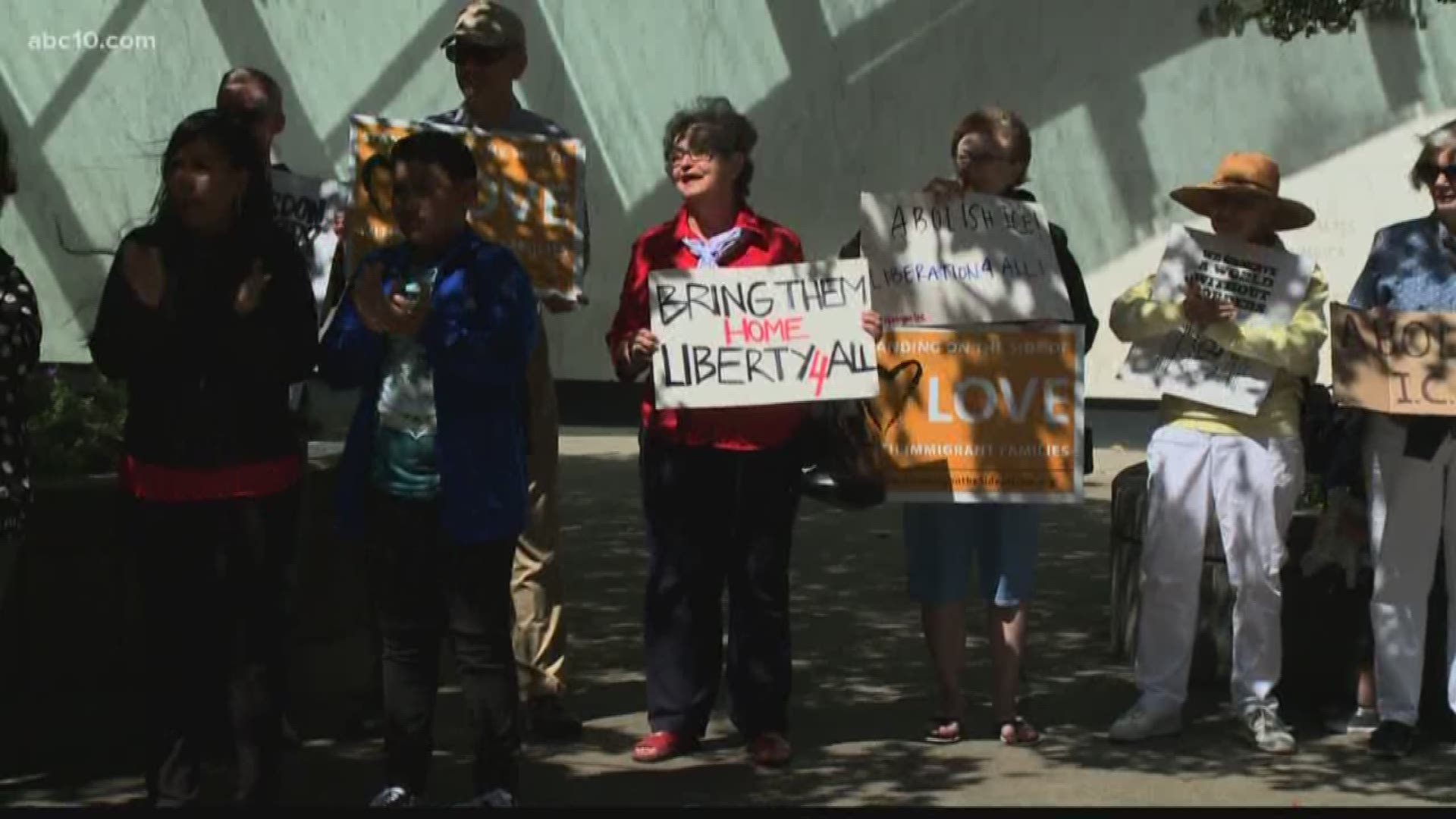 "If we're going to celebrate a country of freedom, we really need to mean it, and that is by liberating all the people that are currently detained," said Yadira with the California Immigrant Youth Justice Alliance.

They held signs that read "Abolish ICE" and "Bring Them Home", as they called for the release of members of the community who are being held at detention centers.

The demonstration came after the undocumented immigrants who were housed at the Rio Cosumnes Correctional Center were transferred to other counties and states. They were moved to another facility after Sacramento County ended its contract with ICE at RCCC.

Maria Lopez told ABC10 that her husband, Cristian Villatoro, was transferred to the West County Detention Facility in Contra Costa County. Lopez says her husband was taken from their Sacramento home in December.

Lopez and her 13-year-old son, Anthony Villatoro, attended Wednesday's rally to call for the release of their husband and father.

"I want his freedom. I want him home," Lopez said. "He's not a delinquent and he hasn't killed anybody. He deserves a second chance."

Lopez and her son said today didn't feel like the Fourth of July because it is difficult for them to celebrate a day that is about freedom and independence while their loved one is detained.

"I can't see him anymore because of ICE moving him over to a different city, and it's just hard for me because I come home now and my dad isn't there anymore," said Anthony.

Organizers said Wednesday's protest is also aimed at putting pressure on ICE to reunite people, like Cristian, with their families.

"Undocumented immigrants can be fighting for their legal case, or modifying their legal status outside of cages. We don't have to be detained and treated inhumanely," added Yadira.