Women's rights organizations are hosting a vigil for survivors of sexual assault, and to protest Brett Kavanaugh's Supreme Court nomination, on the west steps of the California State Capitol. 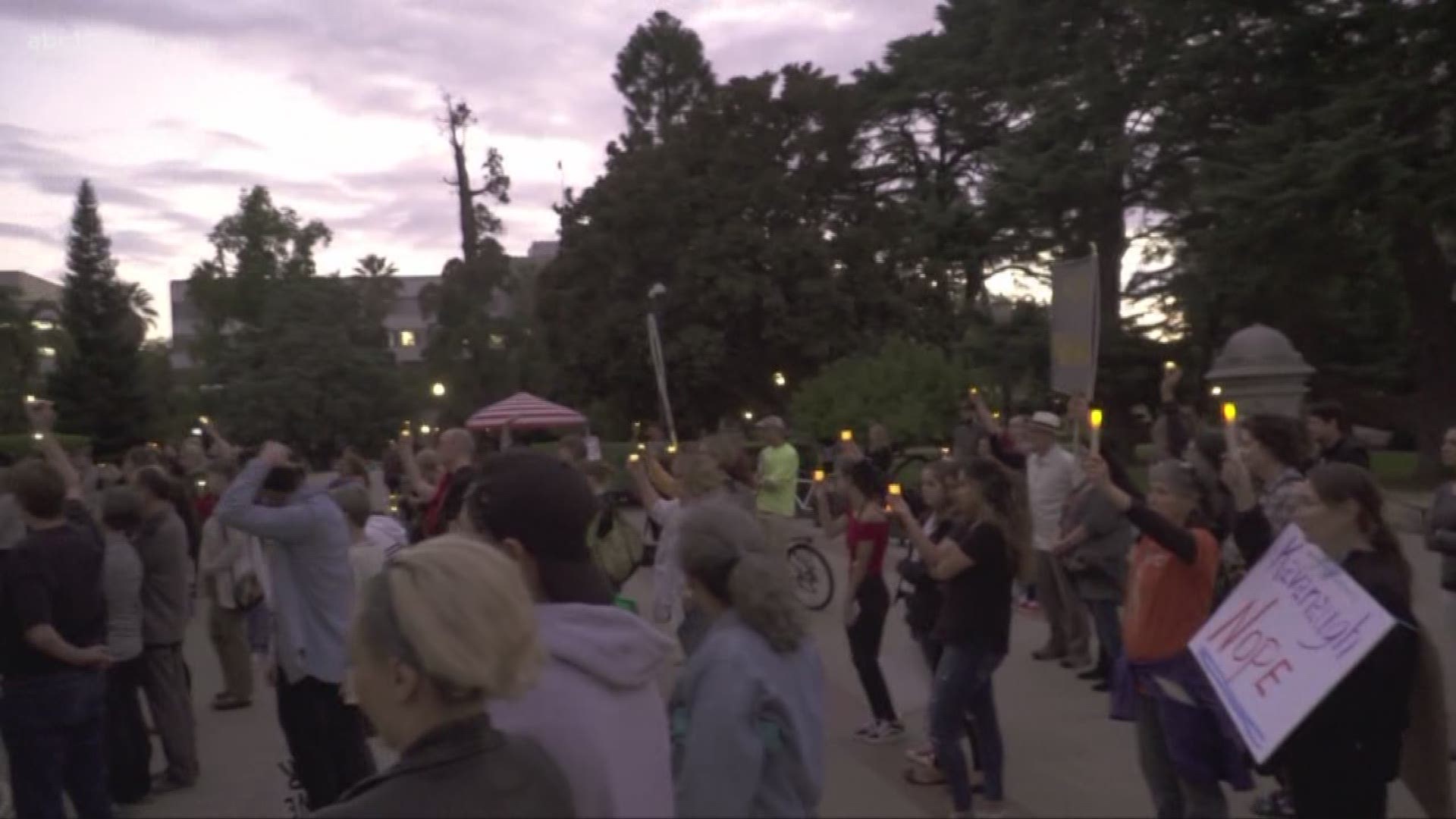 Women's rights organizations hosted a vigil for survivors of sexual assault, and to protest Brett Kavanaugh's Supreme Court nomination, on the west steps of the California State Capitol.

Elaine Whitefeather is with a Community for Peace, a trauma-informed social justice crisis center for victims and survivors of domestic violence, family violence, and sexual assault.

"Watching all the things that have been happening over the last couple of weeks and watching it all the time now," Whitefeather said. "It has cut me to my core and it has brought me back to remembering."

She went to the vigil as a survivor of sexual assault.

"it's something you don't get over," Whitefeather said. "I could just feel Christine Ford. All of us were right there praying for her. Proud of her."

She said her way of coping and healing is through helping others.

"We find power in our pain when we can break our silence and we can empower other women to say yes you too," Whitefeather said. "It happened to us too."

Several dozens of others showed solidarity by showing up at the Capitol and sharing their personal stories.

Continue the conversation with ABC10's Ananda Rochita on Facebook.