Pathologist: Stephon Clark was shot 8 times, 7 from behind

Stephon Clark was shot eight times, according to the independent autopsy. 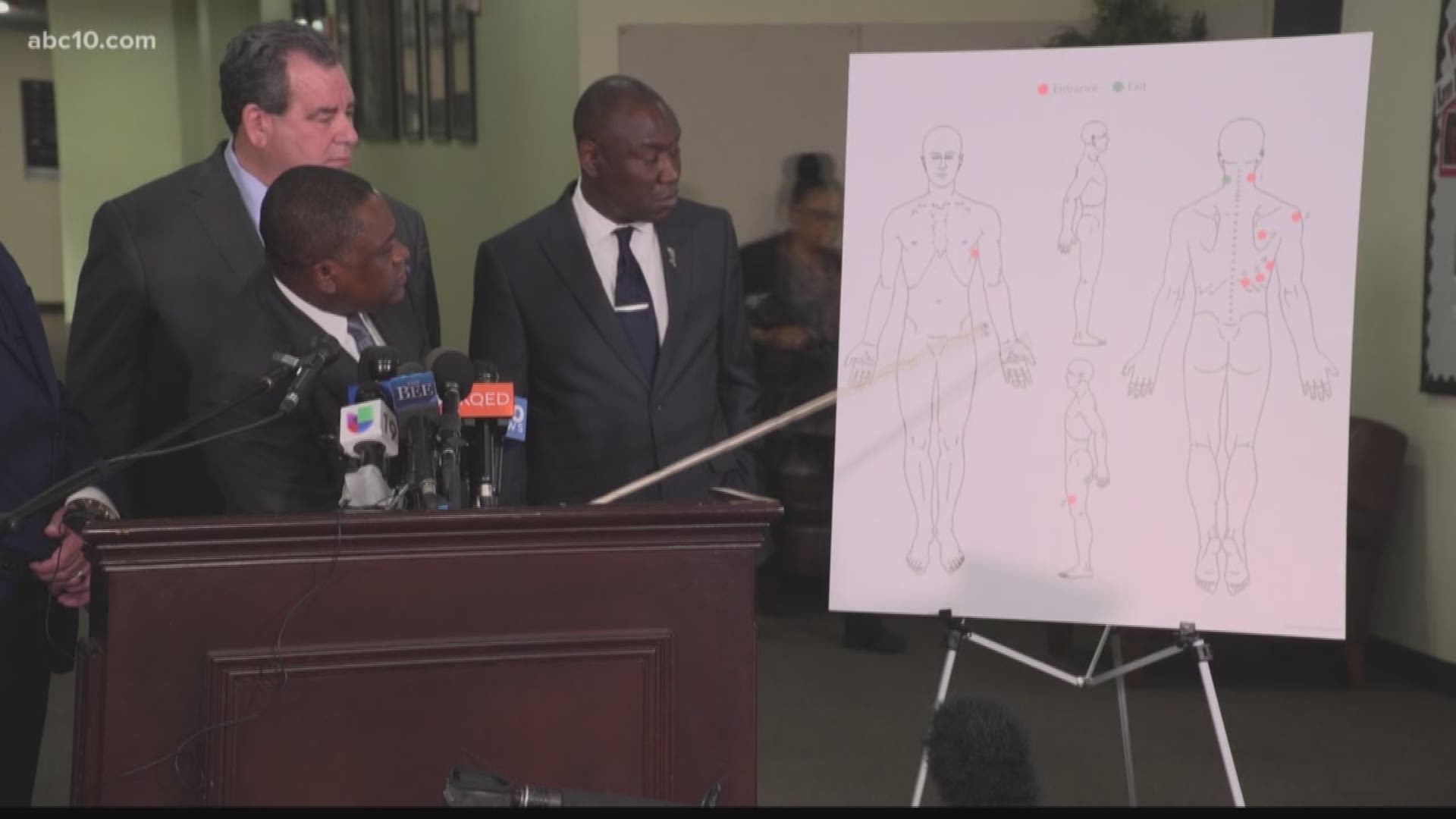 Viewing on the ABC10 app? Tap to view the multimedia report.

Stephon Clark, the 22-year-old unarmed black man killed by Sacramento police in his grandmother's backyard, was shot eight times, according to a private autopsy.

Dr. Bennet Omalu, the pathologist tasked with the independent autopsy, said Friday that seven bullets had a "fatal capacity."

"There was a total of eight gunshot wounds, meaning that he was hit by eight bullets," Omalu said. "He was shot in the back six times."

Police officers, concerned Clark could be alive and armed, waited about five minutes to approach him after the shooting in his grandmother's backyard. Clark was not armed; police apparently mistook a cellphone in his hand for a gun.

Omalu also said that, "during the entire interaction, he had his back to the officers," and took up to 10 minutes to die.

"The proposition is he was facing officers is inconsistent with prevailing forensic evidence," Omalu said.

He said it was not clear if Clark would have survived had he gotten immediate medical attention, and he noted that any of the six bullets that hit him in the back and one in the neck could have been the fatal shot. An eighth bullet went into Clark's thigh.

Benjamin Crump, the Clark family's attorney, said Friday that the autopsy "affirms that Stephon was not a threat to police."

"These findings from the independent autopsy contradict the police narrative that we've been told," Crump said.

The shooting has produced almost daily angry but peaceful protests in the downtown area of California's capital city. The autopsy heightened calls for justice and skepticism toward police among community activists.

"Generally speaking, part of the outrage in the community is not only for this shooting but it's for all police shootings that are happening of unarmed people," said Dale Galipo, another Clark family lawyer. One of the big questions we all have to ask is: 'What do we need to do for these shooting to stop?'"

"You'll probably see a little bit of everything," said Berry Accius, a community activist. "But that's not for me to say, it's for the people to decide."

The Sacramento Police Department said in a statement that it would be inappropriate to comment on anything before the release of the Sacramento County Coroner's office official report in the Clark case.

Sacramento Mayor Darrell Steinberg urged the city, in a statement, to work together through nonviolent civil action as we pursue justice and demand reform.

"From the moment we saw the video we knew the details of this horrific shooting were graphic and disturbing," Steinberg said. "We have an obligation to everyone involved, including the family of Stephon Clark, to wait for the full findings and results from the official autopsy and investigation. As the Mayor of our city, I assure the community and the public that we will aggressively seek answers to all of the questions the community is rightfully asking. As important, we will aggressively seek appropriate change to the protocols and training that led to this unacceptable outcome."

This story will be updated as more information comes in. Stay with ABC10 and abc10.com for more.