The protesters ABC10 spoke with say they're out in the streets again because the reforms they’re demanding aren’t materializing. 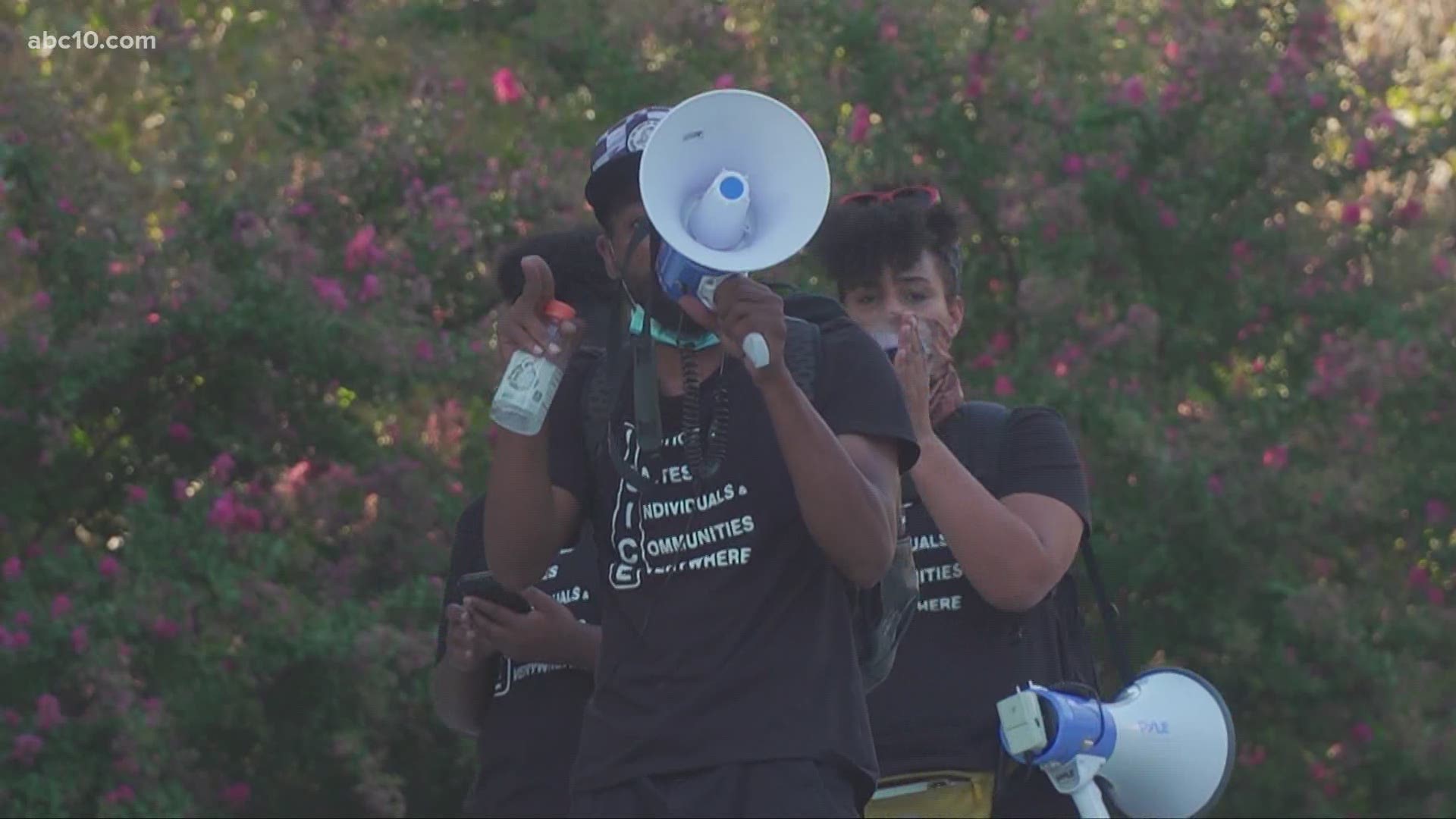 SACRAMENTO, Calif. — The shooting of Jacob Blake, Jr. is only the latest to ignite nationwide protests, but the call for change has been around much longer than that.

“It's been a nightmare here, on and off with all the protesting and looting,” said Scott Rodier.

Rodier who owns XSIGHT Photography spent Thursday afternoon, boarding up his business. It’s a job he and other businesses in Downtown Sacramento are getting used to, he says out of necessity after the protests that happened back in late May.

“The first time around a lot of looting happened. This entire Masonic building got demolished,” Rodier said.

Waheed Afzali, who owns Angels Salon and Spa in downtown Sacramento, says he respects people’s rights to protest but just hopes his business already hit hard by the pandemic can be left alone.

“I hope people don't break in because if you're going to stand for somebody's rights, why he got shot, we should stand for that, not break into the stores,” Afzali said.

So, why did protesters come back out, forcing the businesses to board up again? The protesters ABC10 spoke with say it’s because the reforms they’re demanding aren’t materializing.

“They have reforms on paper to put in place and we've seen it time and time again but the action that is supposed to go behind those so called reforms that our city officials and police department have said to us has not actually been going on in a way that we can recognize and feel safe,”

Protesters say they want Sacramento Police Officers to receive more training on race relations and money allocated to the police department to be given to the community instead.

Leaders worked to keep the rally organized and peaceful.

“Looting is not part of this protest at all but murder is not supposed to be part of arrest either and so I hope that the mayor and legal officials really keep that the focus and stop trying to default it towards something that could be prevented if they'd just do their jobs,” said protester Meg White.

One is to create an inspector general position that would investigate police brutality. The other is to no longer have police respond to non-law enforcement calls. Neither one has become reality yet.

The mayor addressed that while speaking with protesters Thursday.

“I am doing everything I can do to try and move with our police department, with the police chief in the direction of reform,” Steinberg said.