Pedestrian hit and killed on I-80 off-ramp

Westbound traffic was stopped overnight after a person was hit on the I-80 Raley Blvd. off-ramp. 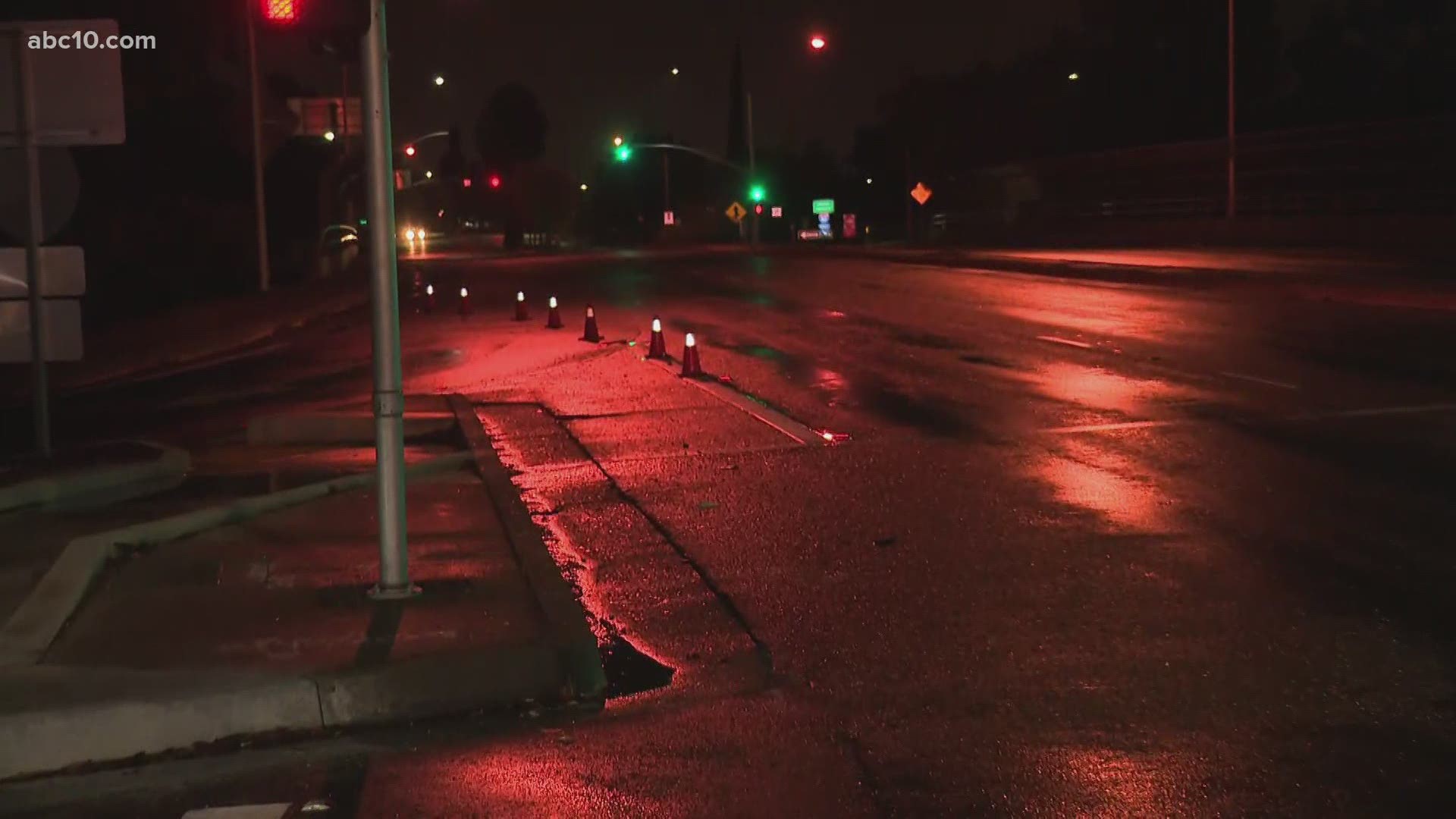 SACRAMENTO, Calif — California Highway Patrol is investigating after a pedestrian was hit and killed on the offramp from I-80 to Raley Blvd. in Sacramento.

Officers say the man was hit around 1:40 a.m. on Wednesday. The driver who was involved called 911 and stayed on the scene.

The man who was hit died on the scene. He has not yet been identified.

Officers say weather may have played a role in the crash.

CHP shut down all lanes of I-80 westbound at Raley Blvd. for hours overnight while they investigated. The freeway lanes are now back open.