The posters -- put up by the Latino Policy Coalition Institute -- question the Sheriff's stance on immigration, gun laws and police misconduct. 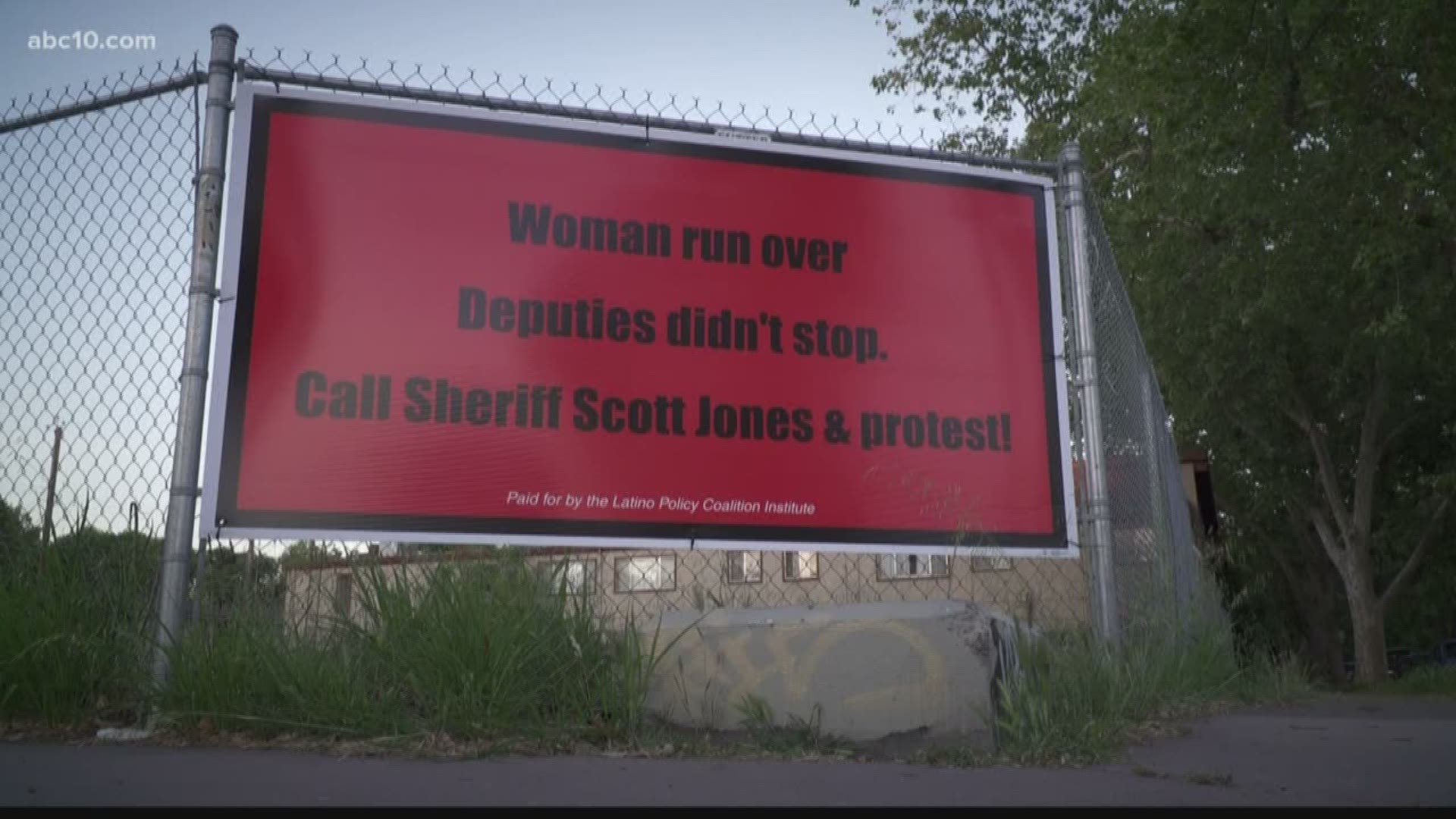 Large, bright orange signs calling out Sacramento County Sheriff Scott Jones have quietly popped up around Sacramento over the past week.

The posters -- put up by the Latino Policy Coalition Institute -- question the Sheriff's stance on immigration, gun laws and police misconduct.

"Woman run over. Deputies didn't stop. Call Sheriff Scot Jones & protest!" one poster, on the corner of 16th and U St. Downtown, says, referring to Jones' handling a recent Stephon Clark protest where a woman was hit by a police officer's car.

In total, there are 140 of these posters around the city.

Now, if the story sounds familiar, that's because the posters are partly inspired by the recent Academy-Award winning movie "Three Billboards Outside Ebbing Missouri." In the film, a mother rents out three billboards to call attention to the police chief and her daughter's unsolved murder.

Have you seen these posters calling out Sheriff Jones around Sacramento? (And can you guess what movie they’re inspired by?) We’ll have some details coming up at 11p @ABC10 pic.twitter.com/DPBZiwJ0PG

Jim Gonzalez, the chair of the Latino Policy Coalition Institute, says while the design for the signs were inspired by the movie, his decision to make the posters is due to his outrage over Sheriff Jones' policies.

He hopes the signs will urge people in Sacramento County to call Sheriff Jones and question his recent conduct and policy decisions.

In a statement responding to the posters, Tab Berg, a spokesperson for Sheriff Jones' reelection campaign, called the posters "ridiculous."

"They are trying to inspire fear with made up issues - but most voters are too smart to fall for it," Berg said. "Sheriff Jones has never talked about, supported or proposed any form of mass deportation - nor has the Sheriff’s office ever enforced immigration laws and doesn’t deport anybody.”

Sheriff Jones is currently running for his third term as Sacramento County Sheriff.