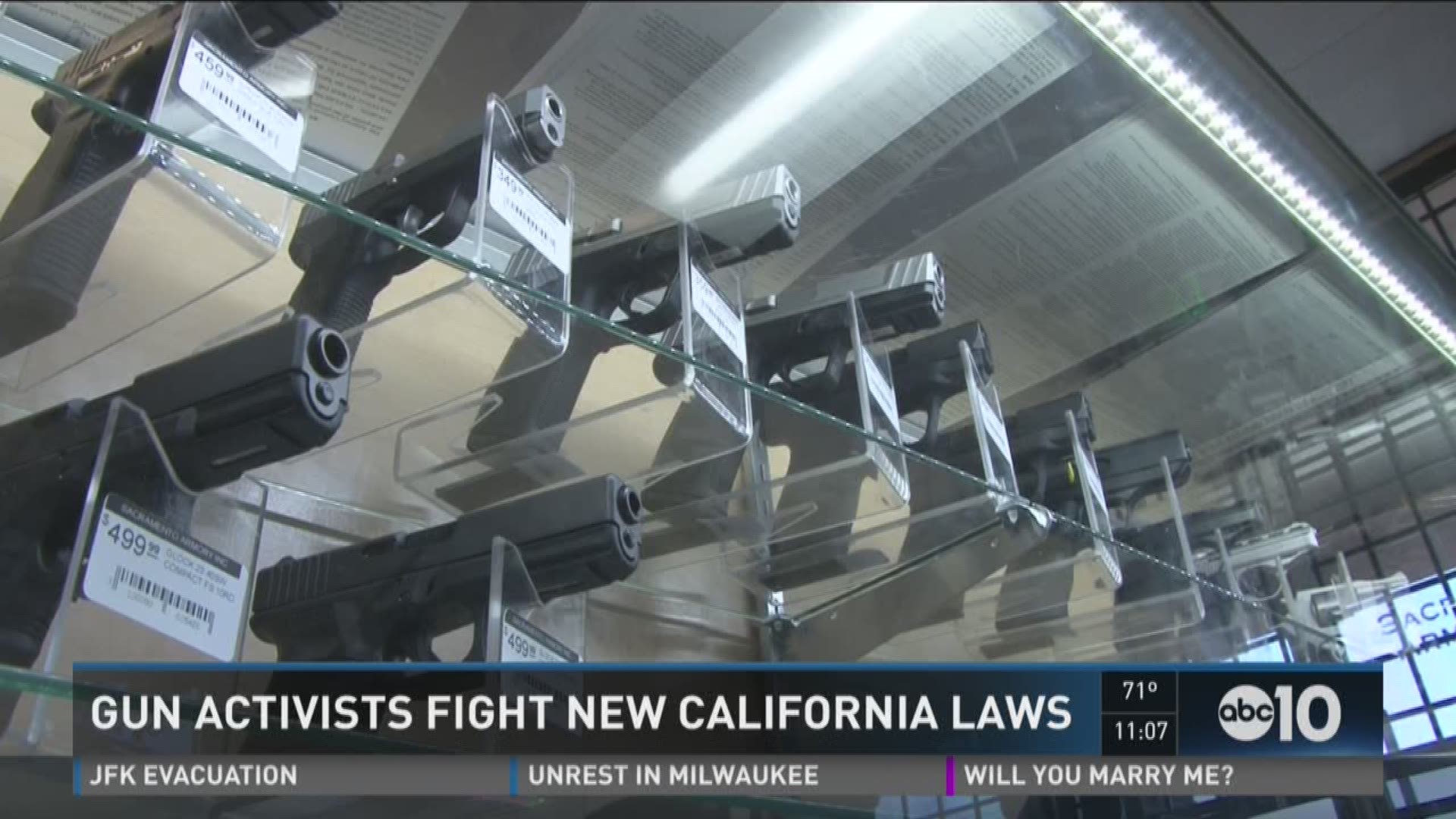 The group Veto Gunmageddon began circulating petitions Friday at gun stores and firing ranges across the state, seeking enough signatures to put the seven bills to a popular vote.

On Sunday, more than 200 people trickled into the Sacramento Armory in Citrus Heights to sign the petitions, according to co-owner Nick Kress. He said people came from as far as Nevada County and Kern County to add their name to the list.

Among those names freshly inked onto the paper was former marine and shooting instructor Don Ratkowski. He said he was disappointed when the governor signed his sweeping gun control package.

"Removing guns from law abiding citizens is in nobody's interest," Ratkowski said. "Hopefully we get enough people involved that they're gonna show the support of the American people and our second amendment rights and show our legislature this is not fair."

If the group can collect nearly 366,000 signatures for each referendum by September 29, the laws will likely go before voters in November 2018, suspending them for at least two years.

Lawmakers who support the gun control laws have said the legislation is necessary to keep gun violence at bay in California.

Among the new laws which are expected to go into effect January 1, 2017, are a required background check for ammunition purchases, a ban on semi-automatic rifles with magazines that can be detached with the push of a button, registration of homemade firearms, and a prohibition on the possession of magazines capable of holding more than 10 rounds.