Proposal would build transitional housing for women and children. So why do some Sacramento residents oppose it?

The plan? Build transitional housing for women and children on a city-owned lot across from Garden Valley Elementary where several homeless students already attend. 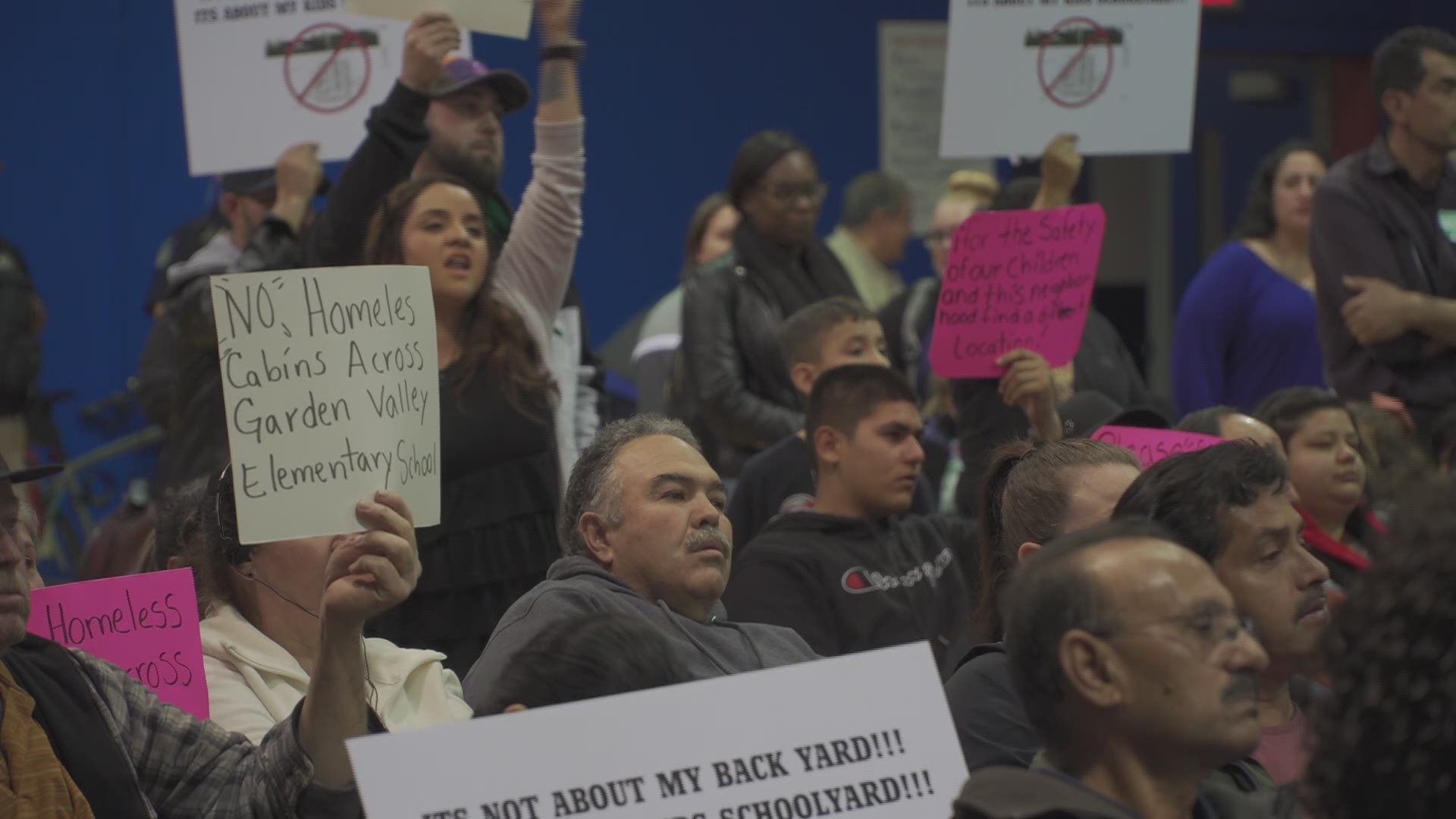 SACRAMENTO, Calif. — "No means no." That's what several dozen residents in a Northgate neighborhood chanted while protesting a Sacramento City Council proposal to build transitional housing for women and children just yards away from an elementary school.

Many, including Rebecca Sandoval, a Twin Rivers Unified School District Board Trustee, said they aren’t against the idea of building the transitional housing. There’s just one big problem:

"We want shelter for our children, we want to do something," Sandoval said. "But the location is not the place."

The plan is simple: build transitional housing for women and children on a city-owned, five acre lot across from Garden Valley Elementary, which currently has 23 homeless children enrolled, according to Sacramento Vice Mayor Jeff Harris.

Despite anger and frustration displayed at the meeting, Harris said he has hope for the plan, noting the city is open to other locations.

"When you set up a program for homeless people, it actually could do an awful lot of good for the community," Harris said.

The land would include 50 portable 12-by-24 feet solar-powered cabins, as well as a 55,000 square foot public community center with a Medical clinic, restrooms, showers, and even laundry and kitchen facilities.

Building cost estimates reach upwards to $2.5 million, plus $1.5 million yearly to operate — including costs for 24-7 security.

Still, some fear there will be unintended consequences.

A similar village helped Regina Range who lived in her car with her children 10 years ago.

She said traditional homeless shelters wouldn’t allow her 14-year-old son to stay with her, but transitional housing helped them. Now she works at a nonprofit that would provide services in Northgate.

Range said she hopes people can move past the stigmas of homelessness and embrace the idea.

"We know we can't get 100% but the city must address the homeless crisis head on," Range said.

But Harris admits, the road to get this plan approved is a long one.

The proposal will still need to be approved by city council and secure funding. Though the school board did not vote on a resolution to oppose the plan, the vice superintendent came out tonight to say TRUSD is opposed to the location.