Protestors and supporters react to President Biden's visit to Sacramento

A couple dozen people gathered outside of the Mather Airport in Sacramento to be there as President Biden touched down. 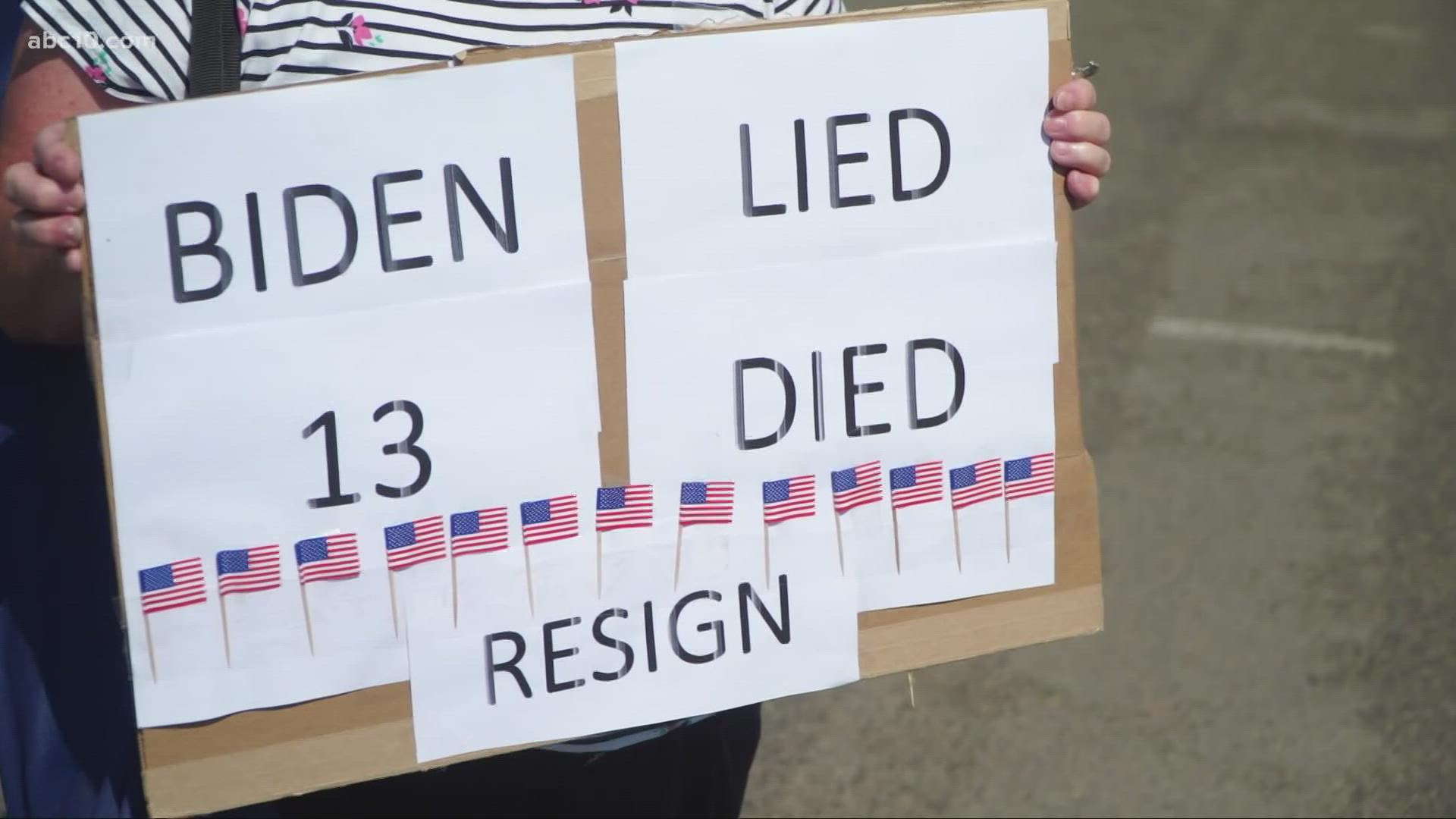 SACRAMENTO, Calif. — President Joe Biden's visit to California did not come without protesters.

A couple dozen gathered outside of the Mather Airport in Sacramento to be there as he touched down.

"I hope he's not so far away that he can't see my sign!" LD Sutherland, a protester, said.

With a Recall Newsom flag in one hand and a homemade 'Biden Go Home' sign in the other, Sutherland was there from Cameron Park to make sure his voice was being heard.

"I think this is a very frightening time in our country, and we need to stop this agenda that's happening and that's with everything - the mandatory vaccinations and our open borders and what just happened in Afghanistan," he said.

"It's a huge mistake. Afghanistan was a huge mistake, and he made it really bad," Patti Swanson, a protester, said. "And the result was, 13 people lost their lives."

RELATED: These are the stories of the 13 US service members lost in Kabul bombing

For Swanson, who is also from El Dorado County, she says this was the first protest she's ever been a part of. She felt moved to do something after 13 service members were killed in Afghanistan last month.

"He's coming here to try to get Newsom to try to stay in office," she said. "He wouldn't have come if there wasn't a recall Newsom thing. Has he been here before? We've had other tragedies, lots of fires. Fires have been going on for months; he's never been here, so this is all about recalling Newsom."

However, it wasn't only protestors who came out to see President Biden.

"This is a part of history," Lonnie Jones, a Vietnam Veteran, said.

Jones says he couldn't wait to get even a glimpse of Air Force One arriving. It's President Biden's first visit to California since taking office.

"Within your command, you're responsible for everything that does or does not happen, and we've been missing that, taking responsibility and I think it's back, and I'm happy," he said.

He said that he felt at ease, knowing the president was also in town to survey damage from the Caldor Fire.

"We finally have someone that really wants to do something," he said.