A crowd gathered at the Capitol air frustrations regarding the presidential election results and California's new pandemic restrictions. 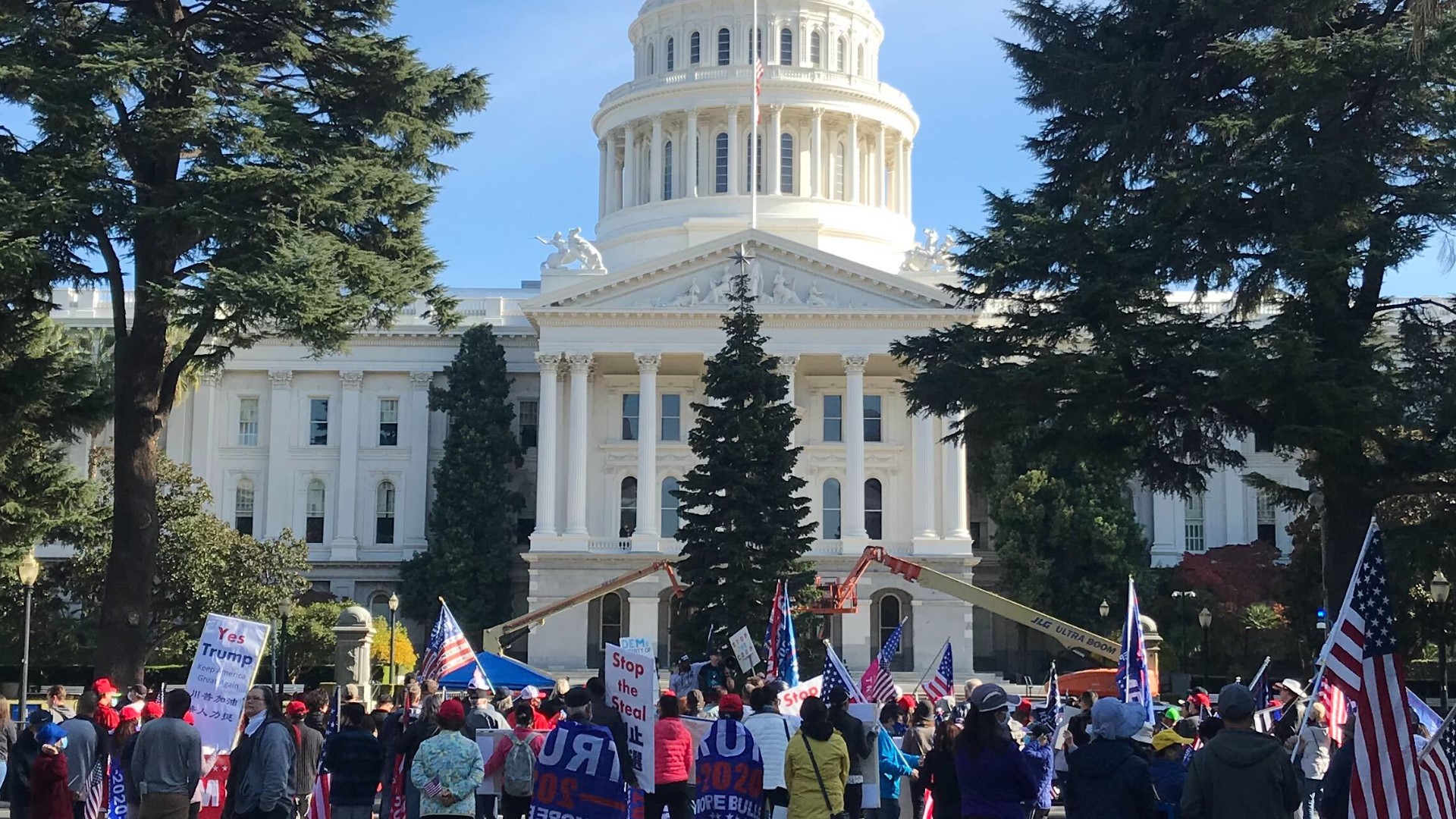 Sacramento police confirmed officers made one assault-related arrest at the "Stop the Steal" protest.

Police told ABC10 they don't have any information as of publication who was arrested and did not hear reports of any injuries to demonstrators or officers.

Original story:
Protesters who believe the 2020 presidential election was rigged gathered at the state Capitol on Saturday to voice their unhappiness with the results and the new California stay-at-home restrictions.

It is unclear who organized the protest, but Proud Boys, a far-right group, maintained a strong presence at the state Capitol. President Donald Trump seemed to group a shoutout during his first debate with former Vice President Joe Biden.

Trump has contested the results in key battleground states such as Michigan with little success. According to the New York Times reporting, Trump's win-loss record in court cases alleging election fraud or other irregularities is 2 to 32.

Diana Picket told ABC10 protesters harassed her during her dinner.

"We have a new president, it is not Donald Trump, and you don’t need to yell at women who are having dinner at a restaurant.” Picket said.

Gov. Gavin Newsom announced a "limited" stay-at-home order on Thursday that would order non-essential businesses and personal gatherings in purple tier counties, including Sacramento County, between 10 p.m. and 5 a.m. The order is in effect until Dec. 21.

Carolyn Liden told ABC10 she attended the protest because she believes the election was stolen and she is not happy with the new state curfew.

“I think Gavin Newsom is a joke," Liden said. "In fact, I think we’re talking about joining the group that’s heading out tonight after 10 to go around his house and protest. The curfew is ridiculous."

"I'm not saying there's not a virus out there, but I don't see how a curfew at night keeps, you know if you've got the bars already closed, what are you curfewing," Burke said.

WATCH MORE: Kaiser Permanente starts study of COVID-19 vaccine on people 17 and under