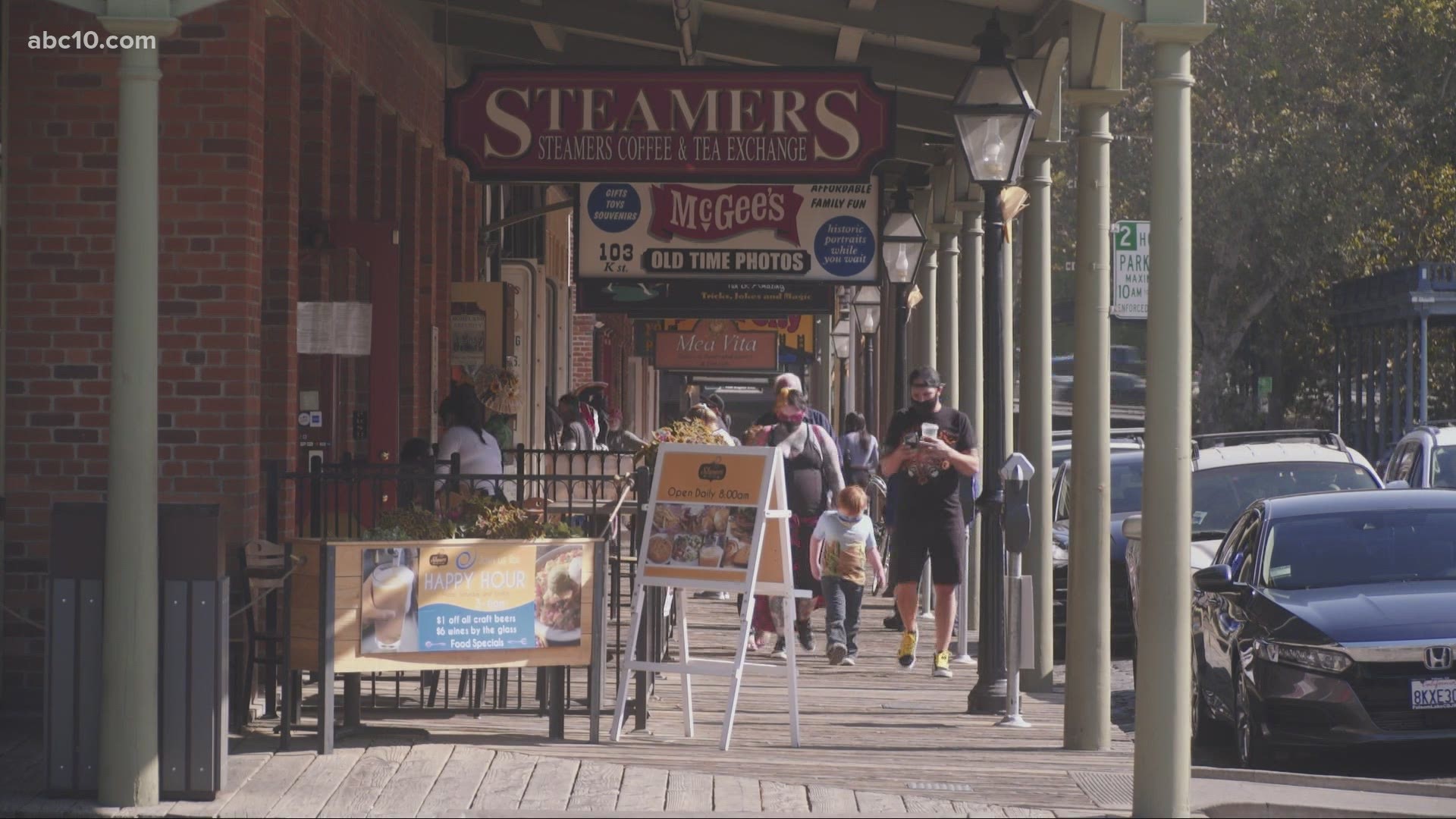 SACRAMENTO, Calif. — Dozens of business owners and employees came together to notify Mayor Darrell Steinberg of what they say are rising public safety concerns in Downtown Sacramento.

Steamers bakery is located in the heart of Old Sacramento and owner Janie Desmond-Ison said when she had to bring her business outdoors due to the pandemic, she also had the unexpected challenge of dealing with transients.

"Everything from defecating in front of visitors to acting out in ways that are completely bizarre, like taking their clothes off,” Desmond-Ison said.

Jason Iverson owns a barbershop downtown on 10th street and says he runs into the same issue. Several days a week Iverson gets to work and has to clear debris from people sleeping in the doorways of his business

That is why he and more than 50 property owners and employees in downtown Sacramento sent Mayor Darrell Steinberg a letter demanding the city coordinate a plan to prioritize downtown recovery when it comes to public safety.

"Over the last several months we’ve seen an impact related to public safety and one of the challenges for us is the aggressive behavior the drug use,” Michael Ault said.

Ault, a spokesperson with the Downtown Sacramento Partnership, said three things need to happen for the recovery of downtown: an ordinance needs to be in place to give police the tools to manage aggressive behavior, a greater police presence needs to be available downtown, and more resources need to be provided to clean downtown.

In response to the letter, Mayor Steinberg issued the following statement:

"I embrace the challenge articulated in this letter. Our downtown continues to be poised for success, with nearly 500 additional housing units under construction, four new hotels and an expanded Convention Center and theater.

At the same time, downtown businesses have been hit hard by the absence of customers, and this has made the social problems much more evident. I will be working with downtown leaders over the next two weeks to craft a plan to specifically address their concerns.

I’m also looking forward to Election Day. If Measure A passes, it will give my office new tools to push for much swifter results when it comes to building shelters, erecting tiny homes and setting up safe camping spaces. Having somewhere for people to go will strengthen our ability to tell people they can’t camp on downtown sidewalks."