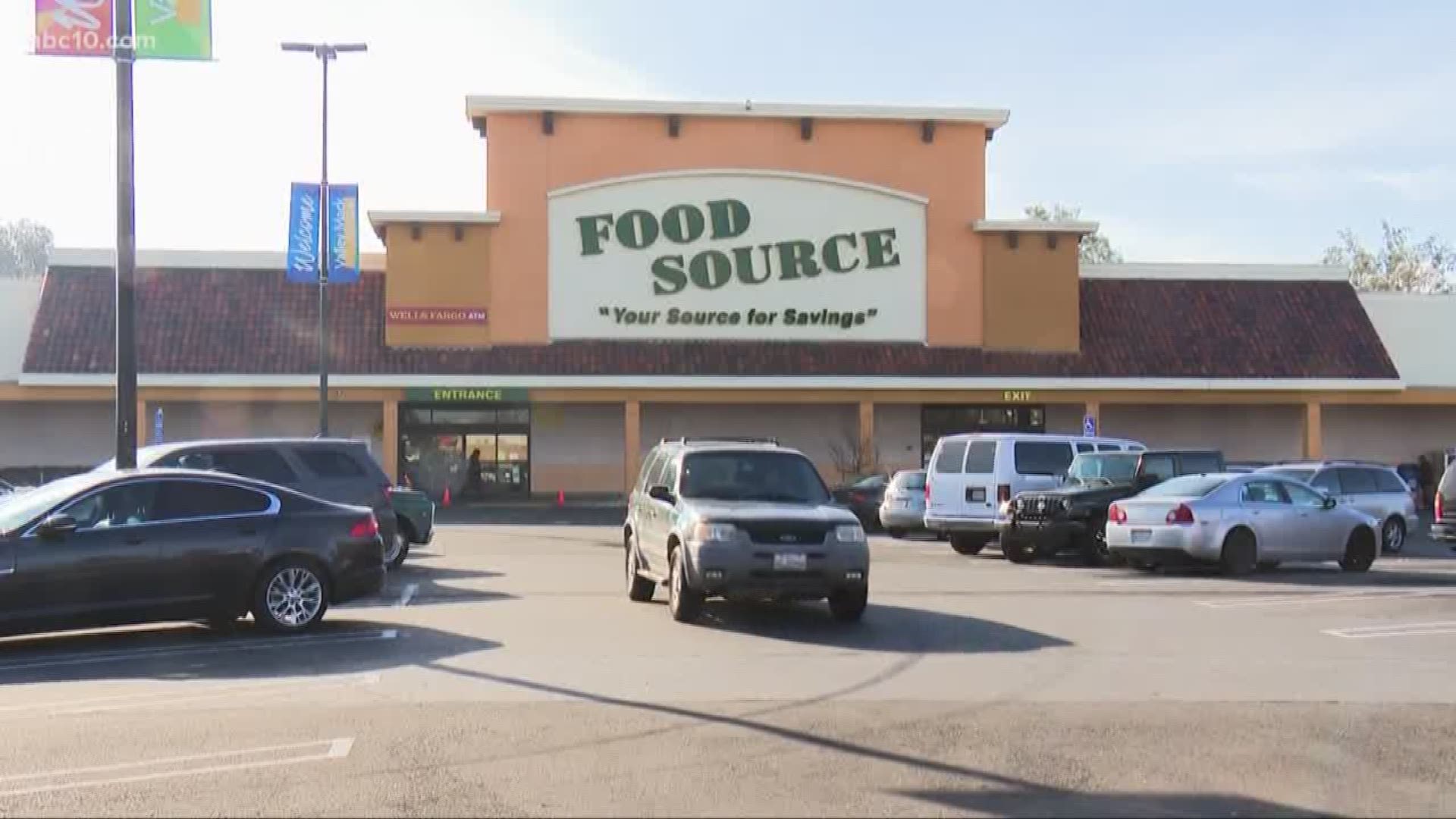 SACRAMENTO, Calif. — Two Food Source stores in Sacramento will close their doors by the end of March 2020.

The loss hits close to home for many people who live nearby.

“I’m going to feel sad, real sad because when my boyfriend told me it was closing, I kind of felt, I felt real bad," said Rachel Basped. "I just started crying, because the store’s been here for a long long time. My mom, she used to shop here.”

Chelsea Minor, Corporate Director, Consumer & Public Affairs for Raley's, said the lease is expiring at both locations and they've chosen not to renew.

"We don't take the decision to close stores lightly," Minor said in an email to ABC10.

However, many people who live nearby explained there just aren't any other grocery stores nearby. They like the fact that Food Source was right in the neighborhood.

“And (a) lot of people don’t have money to catch the bus," said Basped. "Whereas, they can actually walk down the street to this store and shop.”

Minor pointed to low foot traffic and sales at both locations as a catalyst for the closings.

"We have been working on improving the performance, but have been unable to turn the struggling store around," Minor said.

The grocery store chain plans to help employees impacted by these closures by helping them find alternative work within the Raley's organization.

ABC10 spoke with one employee who didn't want to be identified. She said she's worked at the Food Source on Broadway since it opened in 1999.

“They’re taking care of everybody even though the store is closing," she explained. "Everybody has job placement. They’ve given us choices to transfer. And you know, it was a good run.”