Rev. Al Shaprton traveled back to Sacramento Wednesday night to mark the six-month anniversary of the police shooting of Stephon Clark in his grandmother's backyard. 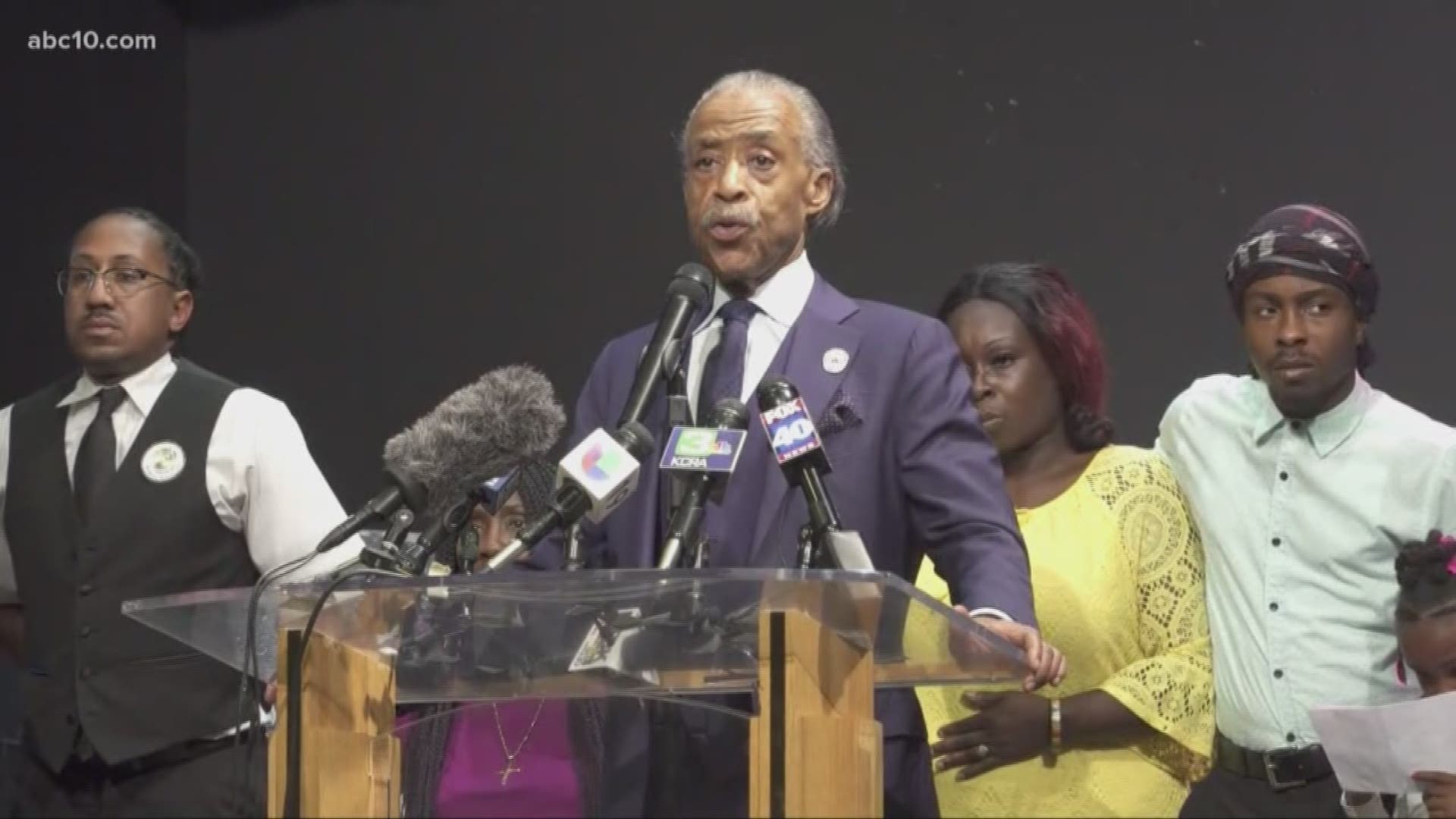 Rev. Al Shaprton traveled back to Sacramento Wednesday, Sept. 19, to mark the six-month anniversary of police shooting of Stephon Clark in his grandmother's backyard.

"I never saw a situation as egregious as a young man being shot, unarmed, 300 feet from his grandmother's bedroom,” Sharpton said.

Police were chasing Clark after receiving reports of someone breaking into cars. The 22-year-old had a cell phone on him when Sacramento police officers fired at him 20 times, killing him in his grandmother's backyard. Officers say they thought the phone was a gun.

"And when you shoot and kill an unarmed black man and think that we are not going to keep standing up all over the country, then you have another thought coming," Shaprton said. "So, let the word go out to all of the investigators. The state attorney. The DA. All of them."

Sacramento Police Chief Daniel Hahn asked Attorney General Xavier Becerra to lead an independent investigation into the shooting. The AG's office is expected to take a deeper look at department polices, specifically when it comes to use of force.

"I also promise, regardless of the final outcome of this investigation, we'll explore and implement ways to better serve our community and find ways to prevent this sort of tragedy in our city," Hahn said in March 2018.

"They haven't charged anyone with anything in Sacramento, and it's like telling all of us that we don't matter," Sharpton said.

Earlier this month, Sacramento Mayor Darrell Steinberg said the police investigation will be wrapped up soon. Several weeks ago, Clark's family filed the initial paperwork for a lawsuit against the city of Sacramento. They are suing for more than $15-million in wrongful death damages.