A 44-page document is the first look at the district's draft plan on reopening it's nearly 80 campuses to serve more than 42,000 students. 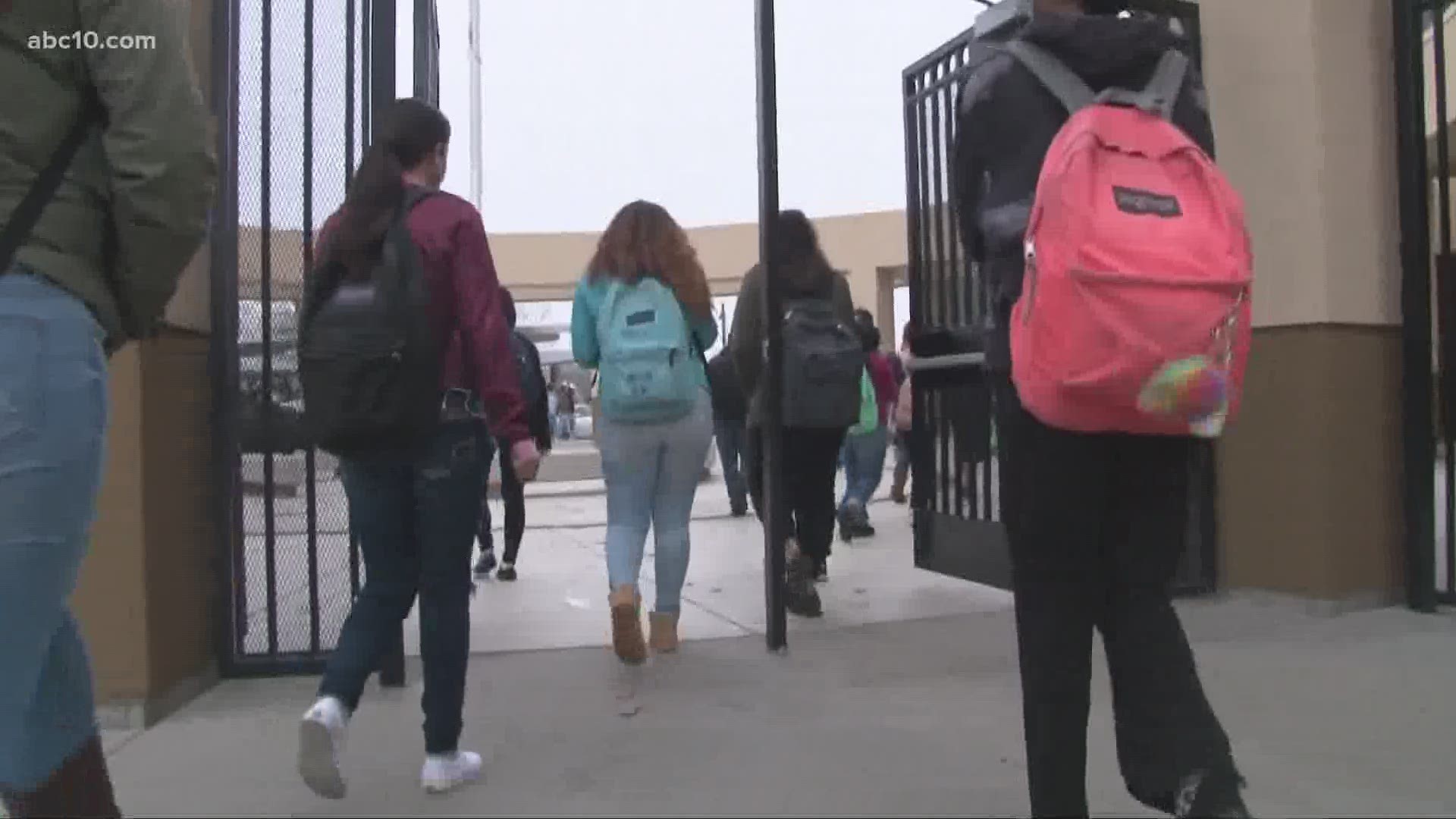 SACRAMENTO, Calif. — The Sacramento City Unified School District (SCUSD) has officially released its first draft of plans to reopen schools in the fall.

The 44-page document is the first look at the district's draft plan on reopening it's nearly 80 campuses to serve more than 42,000 students.

The plan mirrors CDC guidelines and is similar to that of other districts in the region. Students and staff will be required to wear masks and face shields will be given to those who can't wear a mask.

There will be daily temperature checks and anyone with a fever of 100 degrees or higher will not be allowed on campus. The plan also requires that plexiglass be put up in front offices.

Students will also need to stay six feet apart from each other at all times, stagger entry and exit times. Additionally, all field trips and assemblies are canceled.

The district also gave protocols on how to mitigate problems as schools in the region reopen. That includes providing safe transportation for students who take the bus, improve ventilation in classrooms, and isolate sick students on campus.

The district’s draft plan also outlines what staff should do if a student on campus shows signs of sickness and the procedures to provide isolated care rooms at each school.

Staff is expected to take students’ temperatures and ask students if they have any signs or symptoms of illness. According to the plan, bus drivers will be responsible for screening each rider as well.

Students will also be required to practice physical distancing on school buses and wear face coverings. The district will mark or block seats that are to be left empty. Additionally, buses will be cleaned and disinfected daily.

The document does not, however, include school schedules. According to district officials, those are expected to be released later this month.

ABC10 spoke with David Fisher, the president of the Sacramento City Teachers Association, who says because of the recent spikes in cases in the area, parents and students should be prepared to stay home to do distance learning.

“At the same time, we should be developing a hybrid model that would allow, at some point, us to get back to the classroom with the students,” Fisher said. “In some cases (going back to school) it’s a matter of life or death.”

In the meantime, Gov. Gavin Newsom said the decision of whether allowing in-person classes in the fall will be based on science.

"Safety is not negotiable, that includes not just teachers but support staff like janitors, bus drivers, and the like,” he said during a press conference Thursday.

According to district officials, SCUSD will present a complete preliminary reopening plan at the school board meeting on July 16 and school starts September 3.