Before the march, the Sacramento City leaders kneeled and prayed with the protesters before taking to the front of the march. 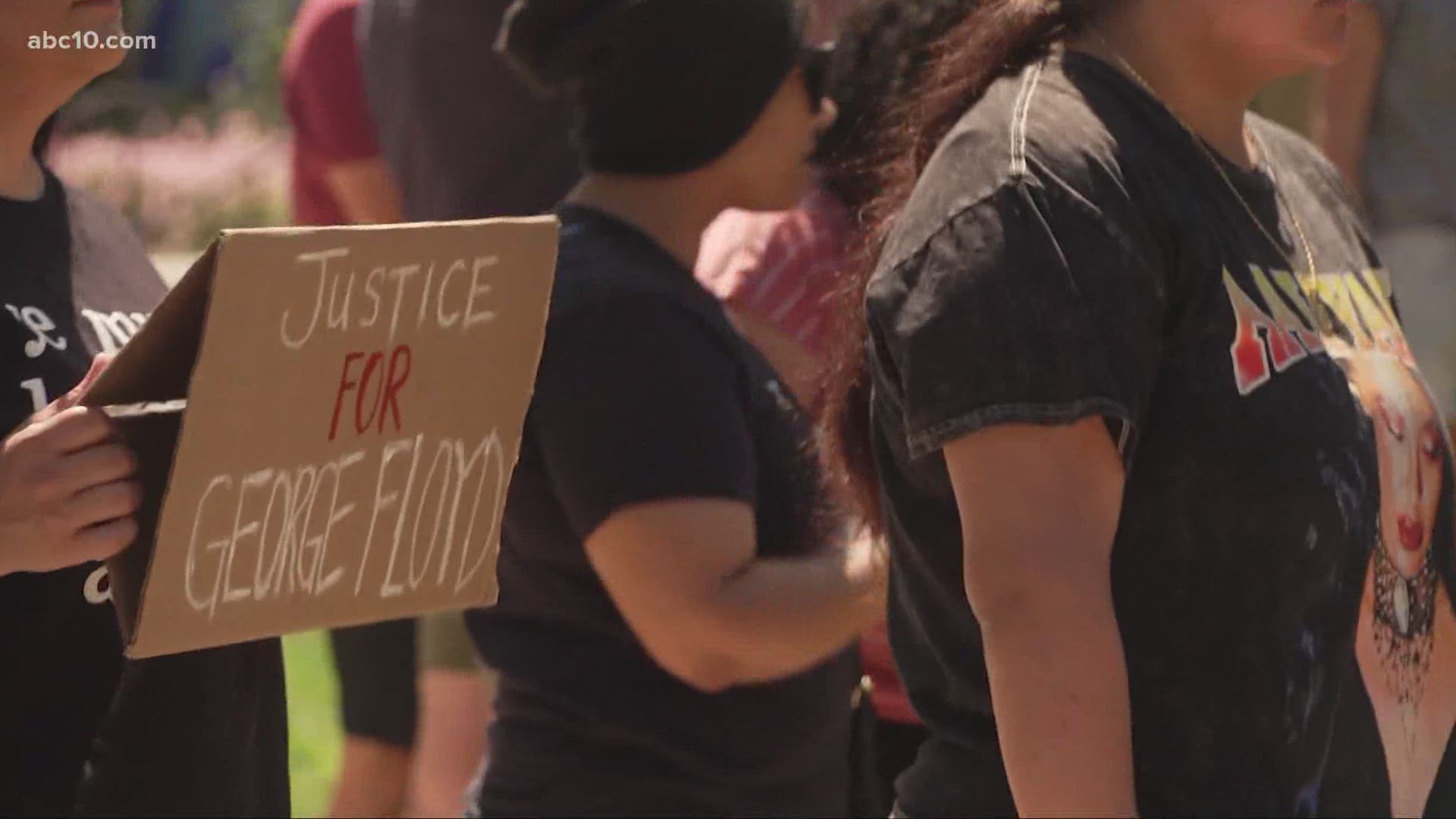 Before the march, city leaders kneeled and prayed with the protesters before taking to the front of the march, holding a banner that read ‘Standing in Solidarity.'

They were followed by hundreds of protesters including families who were holding signs and walking to the beat a young man playing on the trumpet.

A group of young protesters, including Tyren Hicks, said protesting is a symbol of pain and a cry for change.

“The cap has fallen off and we are all outraged, there is a lot of stuff going on and us as a community, we want to get our voice out there,” says Hicks

He and his friend Faith Tarver are part of the non-profit Impact Sac which provides community platforms and activities for young adults. They say they march for every injustice and for every person who has died at the hands of the police.

“What we want is the end of racial discrimination and police brutality,” says Tarver

The protest ended a few blocks away at the historic Shiloh Baptist Church where the police chief, spiritual leaders and local activists took turns at the podium reading condolence that will be sent out to George Floyd’s family.

Holding a loudspeaker, a protester who identified himself as Brazey Liberty denounced the police chief being at the protest calling him hypocritical for keeping the officers involved in the Stephon Clark shooting on the force.

“The narrative being pushed that they are peace-loving and for the people is a very dangerous narrative and it has to be spoken out against,” says Liberty

I asked Chief Hahn about the protester and being part of the march.

Chief Hahn went on to say that the key is to create a city where everyone feels valued.

WATCH MORE: Protesters shut down I-5 in downtown Sacramento as they make their way to the freeway