CSUS President Robert Nelsen sent a letter to the campus community advocating for tolerance regardless of political differences. 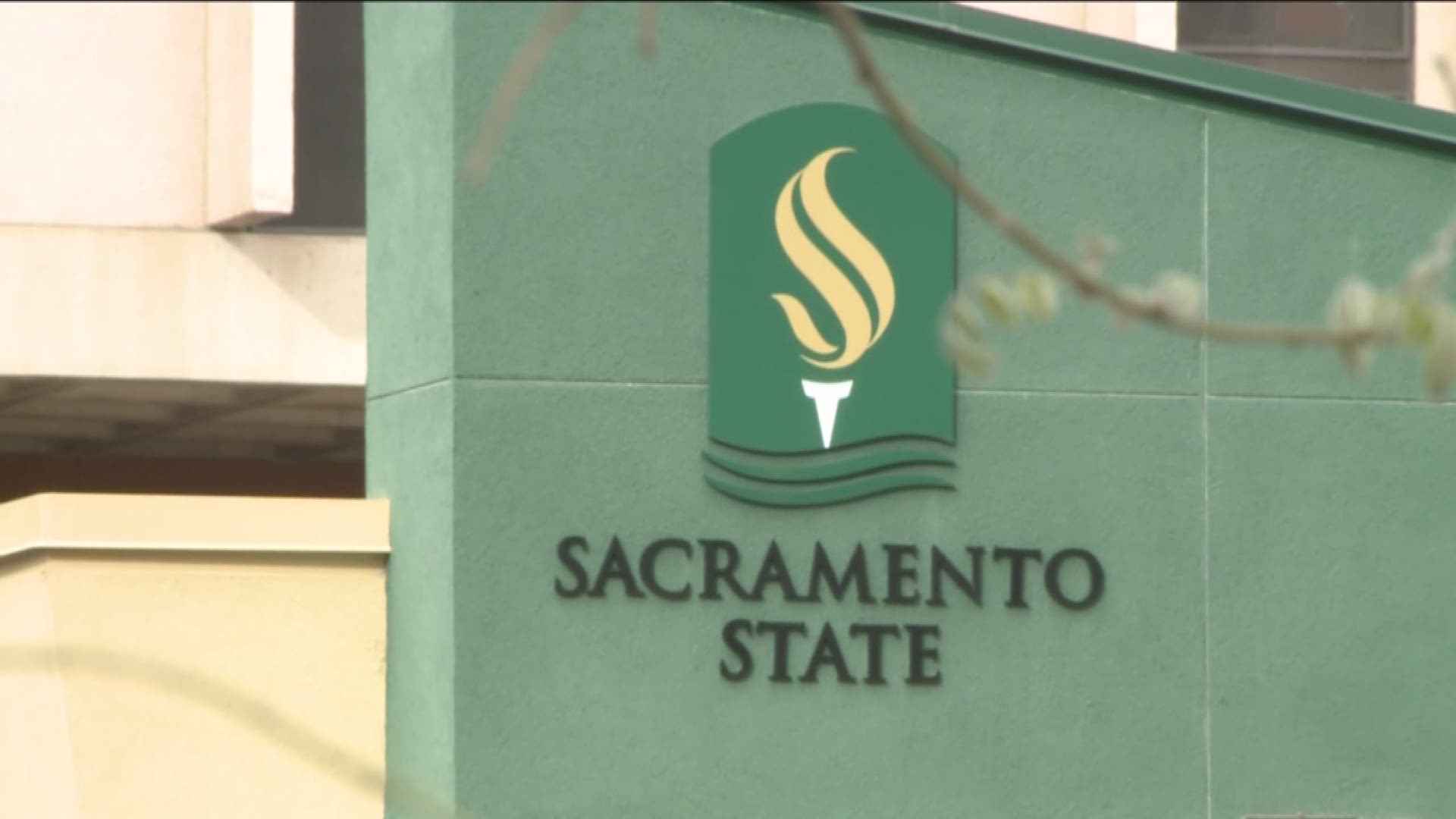 The encounter involved Keaton Hill, a senior Political Science student, who is seen repeatedly slapping a cell phone out of another students hand during a one minute and 29 second video, which has since been viewed more than 400,000 times on Twitter.

Video views ignited over night after being shared by Kaitlin Bennett, a Libertarian activist, social media influencer and host of the Liberty Hangout. Bennett has more than 245,000 followers on Twitter.

Floyd Johnson II, also a Senior CSUS political science student, recorded the video and posted it to his Twitter account. He was confronting and recording Hill about comments the student made online, Johnson said.

“I really hope the school takes firm action on this because this is not only something that can set the bar for this is not allowed on our campus, but also punish this kid for also engaging in what he engaged in," Johnson said.

The disagreement stemmed from political comments Hill made on a pro-life Facebook post, that later turned into a personal attack on a friend, Johnson said.

The initial Facebook post has since been removed. However, online users have sent screen shots to ABC 10 of the alleged comment by Hill that sparked contention.

“That article is a bunch of biased crap. I hope that kid on your page dies of whatever cancer they have. Have a nice life,” the post by a user appearing to be Hill wrote.

Hill denied writing the post. Hill says has he’s been the target of verbal and written attacks by students at CSUS over the last year, some of which have used his photo in Facebook profiles.

The two classmates have opposing political views and have been at odds before.

Johnson is the former President and an active member of the campus college Republicans. Hill has verbally clashed with members of that organization during previous events they hosted.

Hill has since apologized for the encounter. He did not wish to be recorded and was frustrated about previous encounters which caused him to lose his temper, to which he apologizes, Hill said.

“I don’t think I should have let my anger get the best of me. I do acknowledge that was wrong but I would like to strongly emphasize that it was not previous provocation," Hill said.

Hill says he has been a target of harassment by students such as Johnson in recent months, a claim Johnson categorically denies.

In a Friday letter addressed to students and faculty, CSUS President Robert Nelsen announced that the University was aware and would be investigating a “fistfight” that occurred on campus. Nelsen decried any act of violence toward another and wrote that all should feel safe in expressing their beliefs.

"In today's increasingly tense political climate, we must care for each other and treat one another with respect despite our differences," Nelsen's letter reads.

Still, Johnson contends that he was attacked and that he did not fight back. He is urging the University to punish Hill for his actions to make an example that violence of any kind should not be tolerated — He cited that all students should feel safe to express their first amendment rights on campus, Johnson said.

Both students have been ordered not to speak to one another by campus police until further notice, they said.