A significant portion of Highway 99 is shutting down in both directions for four days straight beginning on Friday night at 8 p.m. 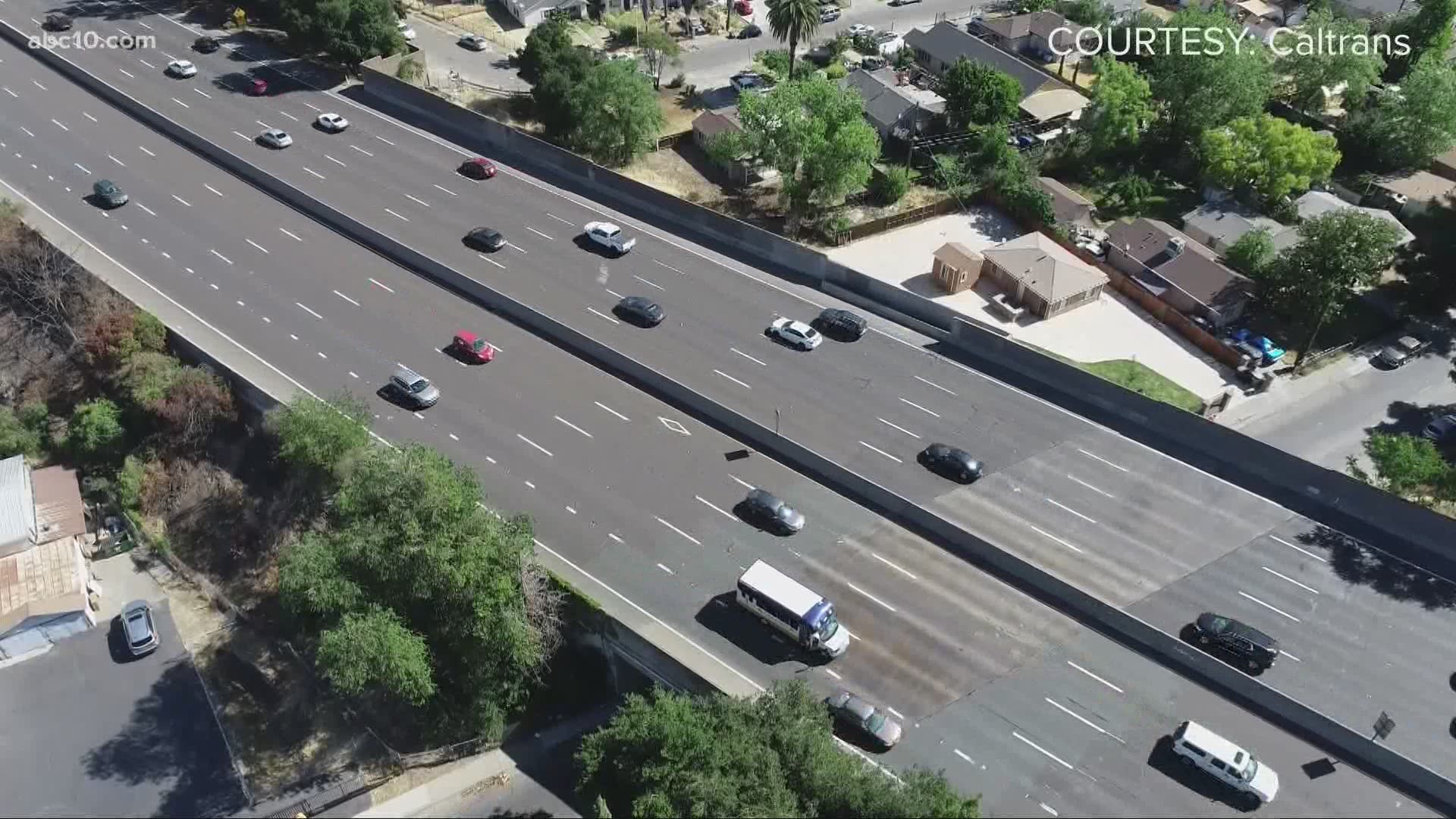 SACRAMENTO, Calif. — A significant portion of Highway 99 is shutting down in both directions for four days straight beginning on Friday, June 11 at 8 p.m.

The closure is happening from 47th street in the South Sacramento area to the U.S. 50 connector. The highway is expected to reopen in both directions by 4 a.m. on Wednesday, June 16.

This four-day closure has families across our region concerned about how they’ll be able to get to work and school, navigating packed side streets.

RELATED: Highway 99 closure in Sacramento: What you need to know before you hit the road

Eaireal Gonzales takes Highway 99 every day. Not only to get to work up in Roseville, but to drop her kids off at Oak Ridge Elementary School.

“I’ve tried one route that I would possibly take and it took me almost an hour and a half," she explained.

Their school, including all others in the Sacramento City Unified School District, are still in session through next Thursday, June 17, a day after the highway closure is expected to be lifted.

"It’s already a big inconvenience for us, I don’t feel like it would have inconvenienced them just a little bit to meet us half way, you know like you could have waited a week,” she said.

Side streets like Martin Luther King Jr. Boulevard, which runs parallel to Highway 99, are expected to be packed, just in time for student drop-off and pick-up.

“So you can just imagine how horrible it’s going to be," she said.

RELATED: 'It's going to affect everyone' | Business owners worry about looming Highway 99 closure

Principal James Tucker of Bret Harte Elementary School, right off the highway, says he’ll be encouraging his families to plan their alternate routes ahead of time and leave early to still get to school on time.

“People are just going to have to be flexible and add more time to their schedule to accommodate," he said.

It is a price he’s willing to pay to get a better highway in the long run.

“We all just kind of need to pull together and make it a positive thing that we are getting a new road and a new bridge that’s going to be helpful for our community," he said.

Caltrans is urging drivers to either telework or carpool during the closure.

"I really have to prepare for this otherwise I’m going to be late for everything!” Clarke said.

Jermaine Clarke, a builder in the area who was born and raised in South Sacramento says, in his 30 years of living here, he’s never seen a closure of this magnitude and he worries about both the workers and the materials getting to each job site on time.

“There’s penalties for being late, and we have to work with the sunlight because we’re outside so sun up to sun down we can’t work past a certain time," he said. “Man, this could cause some big problems.”

WATCH NEXT: Park your car like a firefighter | Wildfire Need to Know