National Guard surrounds the state Capitol for the second time in less than a year, which is leaving many wondering if this the new normal for the city. 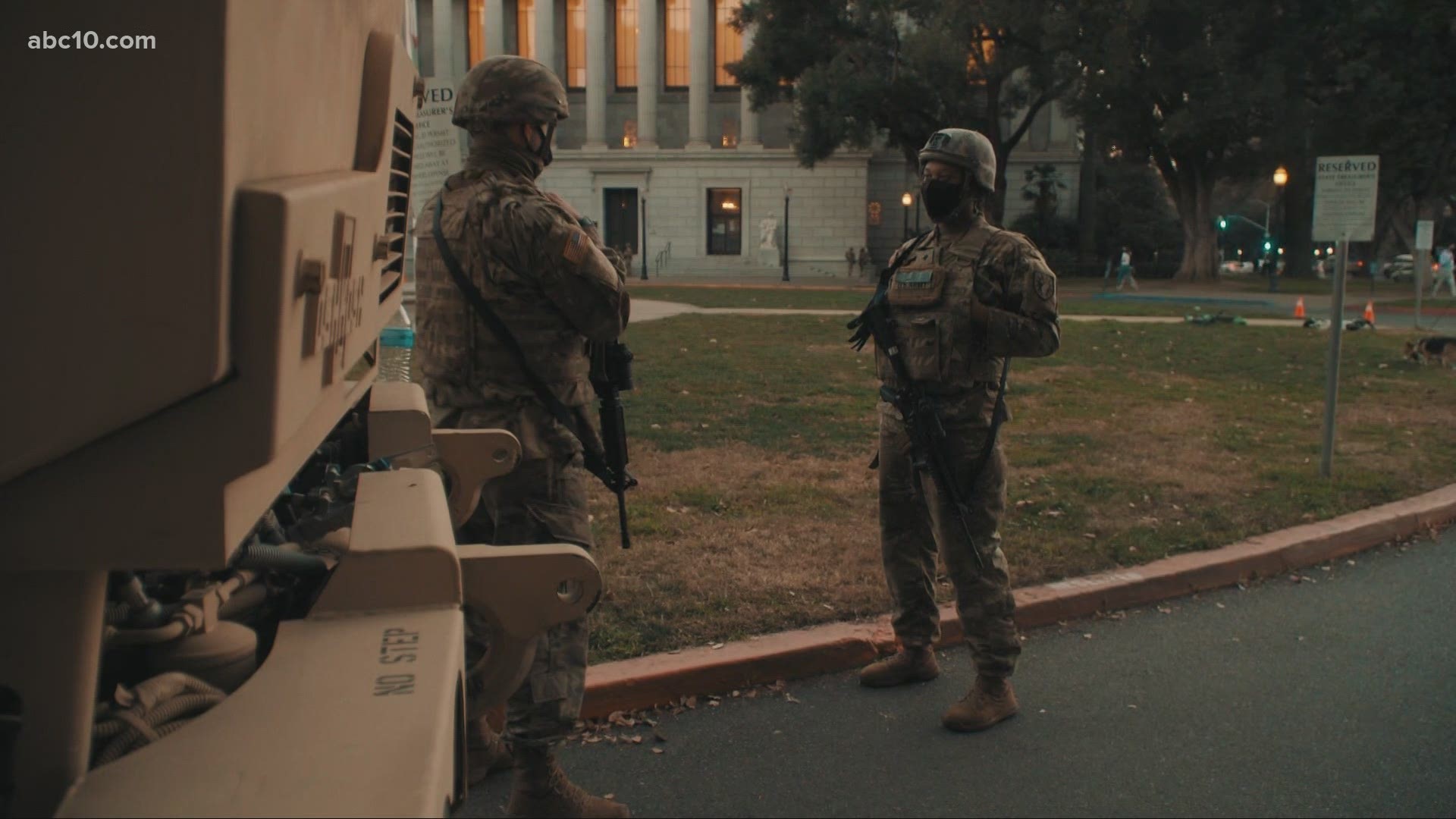 SACRAMENTO, Calif — A Sacramento woman's brother came to visit her from Southern California and checked out a new sandwich shop and sightseeing in the capital city like they would any other visit but today was different.

Julie Ramirez said she was taken aback when she saw the California National Guard monitoring the state Capitol.

"It’s a different time, right? Ramirez said. "But at the same time, I’m happy that they’re there, and we’re feeling safe right now. "

A different time, no eating lunch on the Capitol lawn or walking up to the steps to take a family photo. Instead of armed national guard soldiers and a 6-foot fence guarding the state Capitol.

FBI's Sacramento field office announced Friday they're concerned about a potentially armed protest at the Capitol over the weekend, leading up to Inauguration Day.

"Unfortunately, the things that happened in DC, you know we have people who are angry and have their different opinions," Ramirez said. It’s everywhere. It’s not just DC. It’s people amongst us all. So we all have to be protected and feel safe. I feel like it’s definitely the right thing to do. "

Sierra Prine, a Sacramento resident, said he was surprised at how many the security around the Capitol.

From what just happened at the Capitol in Washington, it’s getting ready for what we don’t know is going to occur," Prine said. "Because a big thing that did just recently happen was we weren’t ready.”

Prine said he doesn’t believe Inauguration Day would make the fences come down or the police presence fade, just like how the new year didn't cure the pandemic. He said what is happening in capital cities all across the nation right now is the true sign of the country's times.

Officials with the California Office of Emergency Services say—this increased presence of armed security around the Capitol will remain in place through Inauguration Day on Wednesday.