The fire temporarily closed streets near 15th and S street in Sacramento. 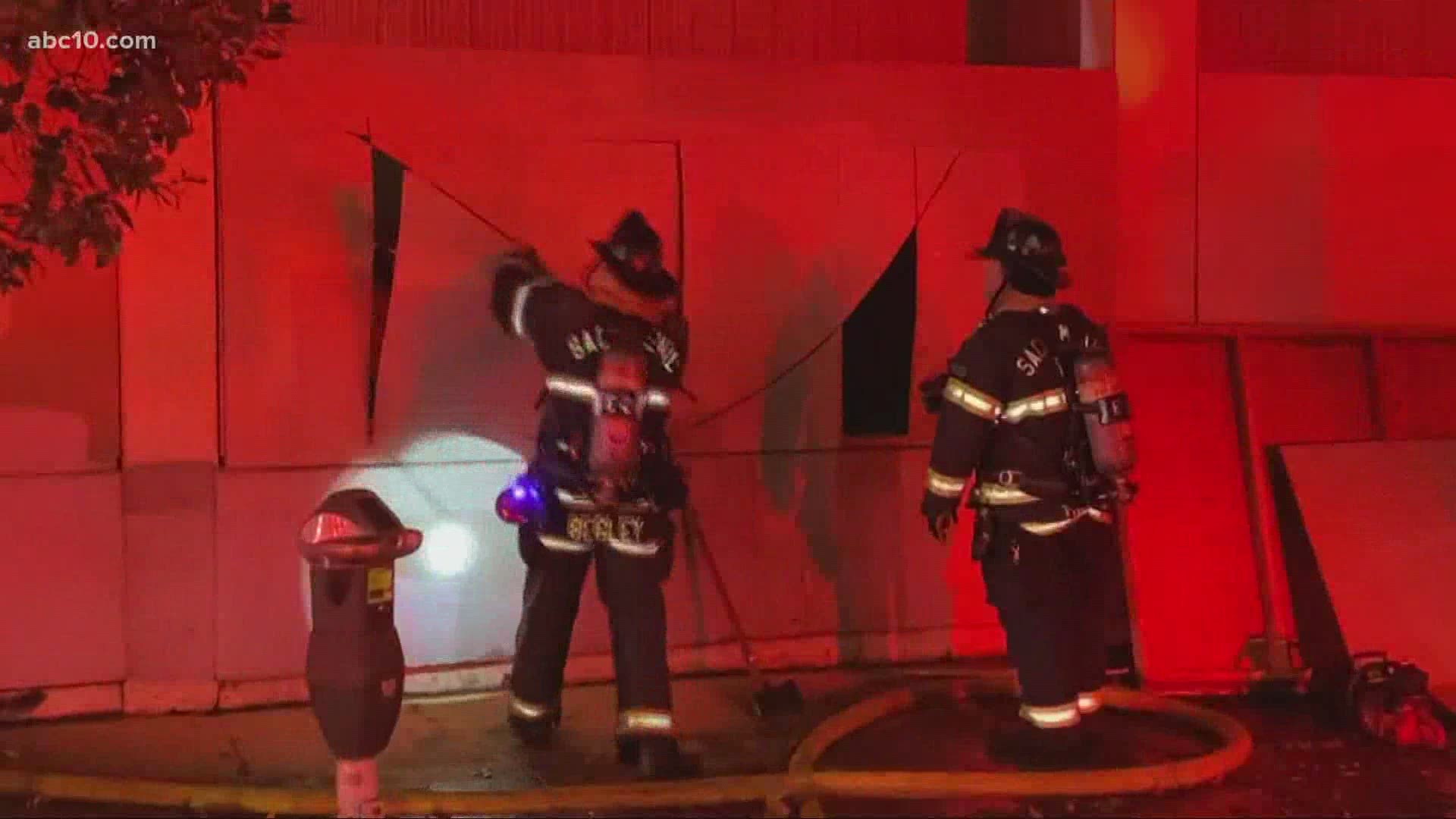 SACRAMENTO, Calif — Sacramento City firefighters have put out a fire inside a boarded-up building near 15th and S St. in downtown Sacramento.

The fire was reported at 4 a.m. on Thursday. Firefighters called the third alarm as they struggled to get inside the boarded-up, two-story building. ABC10 video from the scene showed firefighters working to pry the boards off windows to the building and smoke coming from inside.

Firefighters closed several streets in the area to fight the fire. They have since reopened.

Incident final: The fire on the 1500 Block of S Street was extinguished with no victims being reported. 80 firefighters responded to help contain this building fire. This video shows the hardships experienced while trying to locate and access the fire. pic.twitter.com/lduL5BSOen