"Seven rubber bullets and one gas canister to the head," Tee Fansofa explained. "I don't understand what they're trying to do. Why would you aim for my head?" 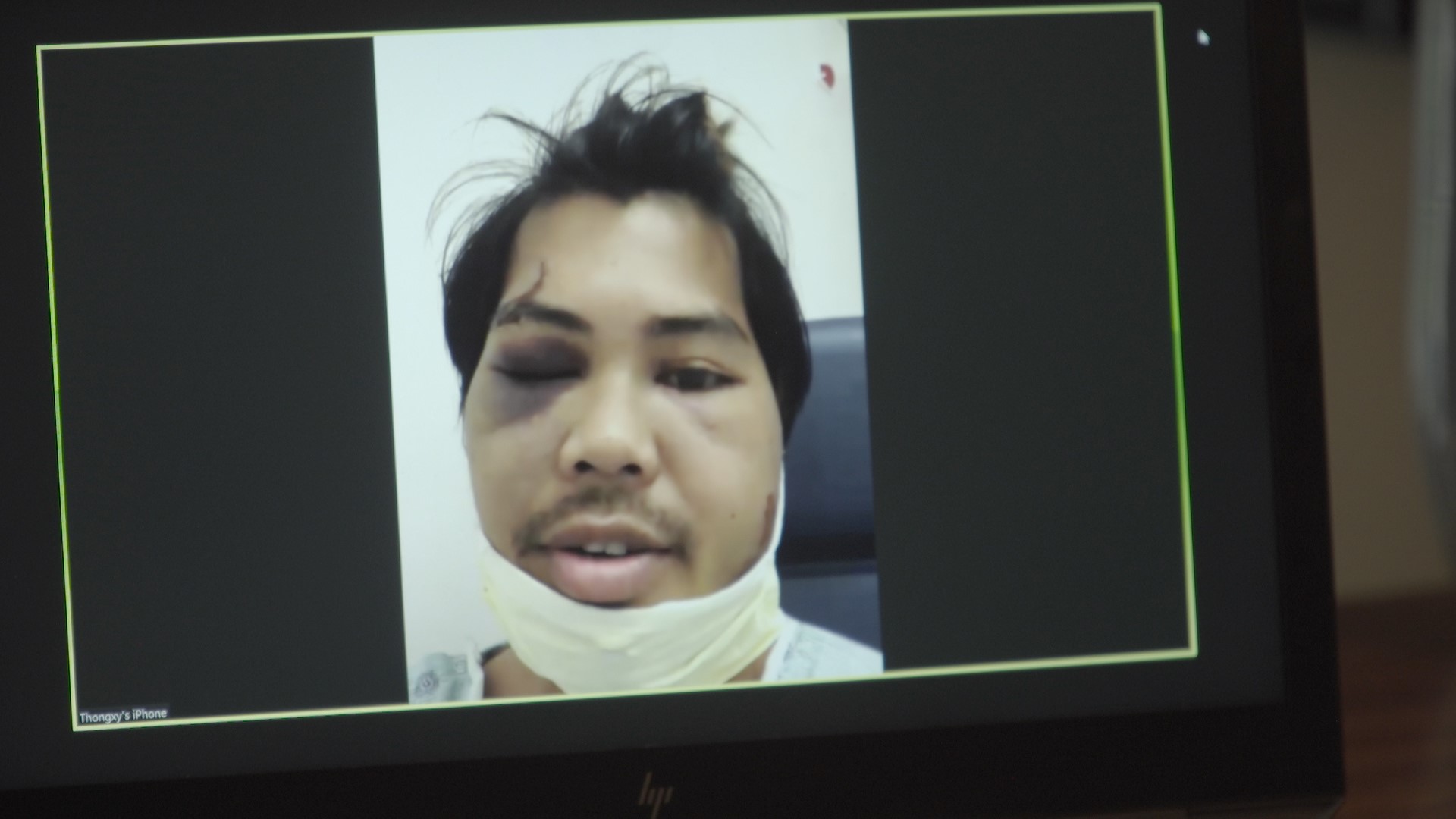 SACRAMENTO, Calif — Throughout the day Saturday, protesters took to the streets of Sacramento, peacefully protesting the police killing of George Floyd, a Minnesota man killed by a police officer, a death capture on camera and shared widely.

Tee Fansofa was one of the hundreds in the streets, after they headed out in the evening to support those making their voices heard. (Fansofa uses the pronouns they/them/theirs.)

That's why, as the sun went down, Fansofa loaded the car with water and snacks and headed into the protests. What was happening wasn't what they were expecting.

"I didn't know what I was driving into," said Fansofa.

After parking, Fansofa walked to the blocks of J and 20th streets in Midtown trying to find friends to provide sustenance to. But what they didn't know was just a block up, a police line had formed.

Fansofa said they were there for only five minutes when chaos erupted.

"There was a line there and they were shooting and it was like a war scene," Fansofa said. "All the sudden, I turn around and I fall to the ground."

In addition to getting nine stitches, Fansofa said they now have a brain bleed, a fracture in the ridge above the eyebrow and needs to have their jaw popped into place. In all, they'll require two surgeries.

Fansofa is grateful for the support of his community. A GoFundMe fundraiser has raised over $85,000 to help with the cost of medical treatments and surgeries Fansofa needs.

"I'm on the brink of life and death." Fansofa said. "I'm just going to sit with it and be grateful I'm still alive."

As for their message after experiencing this, it's an urge for law enforcement to listen.

"The message is with the people. The people have been saying it," Fansofa said. "Is this how you want to treat them when they voice their concern? Do you actively listen to someone? Do you beat them or shoot them with a rubber bullet? Or do you just sit there and hear them talk?"

In a statement to ABC10, the Sacramento Police Department said they are "aware of the allegations."