Police said that the suspect, identified as 55-year-old Ross Wolfer, yelled racial slurs at the victim during the incident. 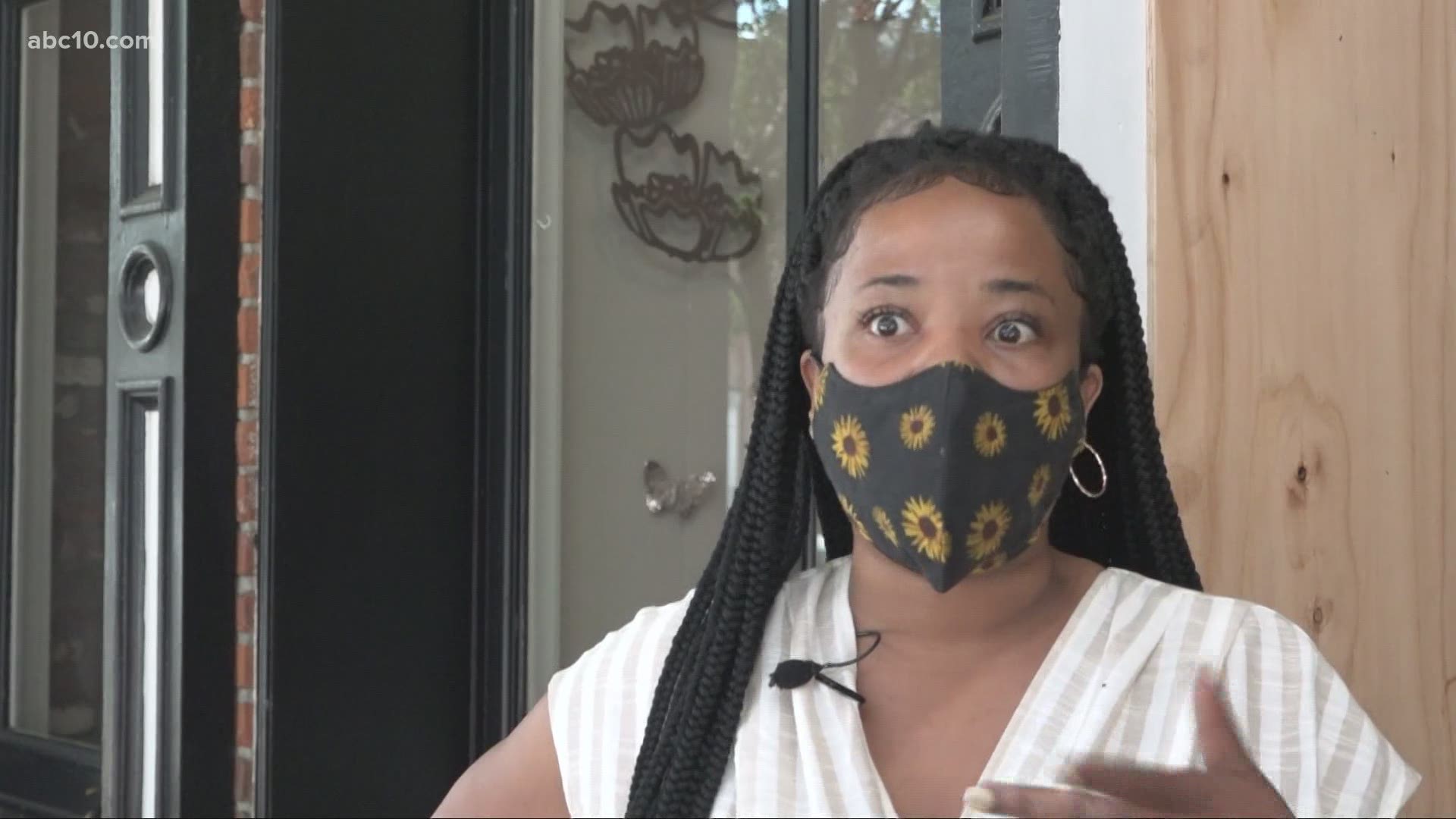 SACRAMENTO, Calif. — A Sacramento Black-owned business was vandalized on Thursday, June 3. Sacramento police are investigating it as a possible hate crime.

According to the Sacramento Police Department, a man broke into the business, Blossom Bathhouse, on 2nd Street in Old Sacramento around 3 p.m. on Thursday. The owner of the business, Jazmine Bonnett, said she was inside the building at the time of the attack.

"You saw the crazy in his eyes," Bonnett said. "It was not a normal situation it was pure hatred."

Bonnett says 55-year-old Ross Wolfer yelled the “n-word” at her Thursday afternoon while she was at work. She claims he then proceeded to break into her store shattering the glass doors.

"He kicked the whole thing in with his whole foot. If he could, he would have come inside but the loudness of the breaking glass and him breaking the door all the neighbors came out," Bonnett said.

That’s when Muhammad Asif, who owns Old Sac Shirts and Gift next door, ran outside after hearing the commotion to find Bonnett had been injured by the broken glass.

"She was very scared I think she got a little bit injured. She was nervous coming out," Asif said.

Bonnett says even with the attack happening in broad daylight she felt it was difficult for her to prove to law enforcement that it was a hate crime.

"[It] was almost like pulling teeth to get them to admit it during the whole entire process. I kept saying it, I kept repeating 'this is what he said to me this is a hate crime,'”  Bonnett said.

Bonnett feels there needs to be stricter laws for hate crimes because even though an arrest was made, her attacker may still run free.

"They were giving me warnings that it might not stick because it’s a misdemeanor hate crime, he didn’t actually beat me to a pulp or rape me," Bonnett said.

Police said that the suspect, identified as 55-year-old Ross Wolfer, yelled racial slurs at the victim during the incident. Wolfer was arrested for burglary, vandalism and hate crime-related charges.

1 / 3
Jazmine Bonnett
Blossom Bathhouse in Old Sacramento was vandalized on June 3. Sacramento police are investigating the incident as a hate crime.

WATCH MORE FROM ABC10: What are reparations and could Black Americans get them?

The California reparations task force held its first-ever meeting Tuesday. The nine members of the state task force include the descendants of slaves who are now prominent lawyers, academics and politicians. The task force is the culmination of AB 3121 signed into law last year by Governor Newsom.