Sacramento college student detained in Japan since May 2018

A college student from Sacramento has been behind bars in a Japanese jail since May 2018, and authorities say it was all because of a lamp he allegedly broke. 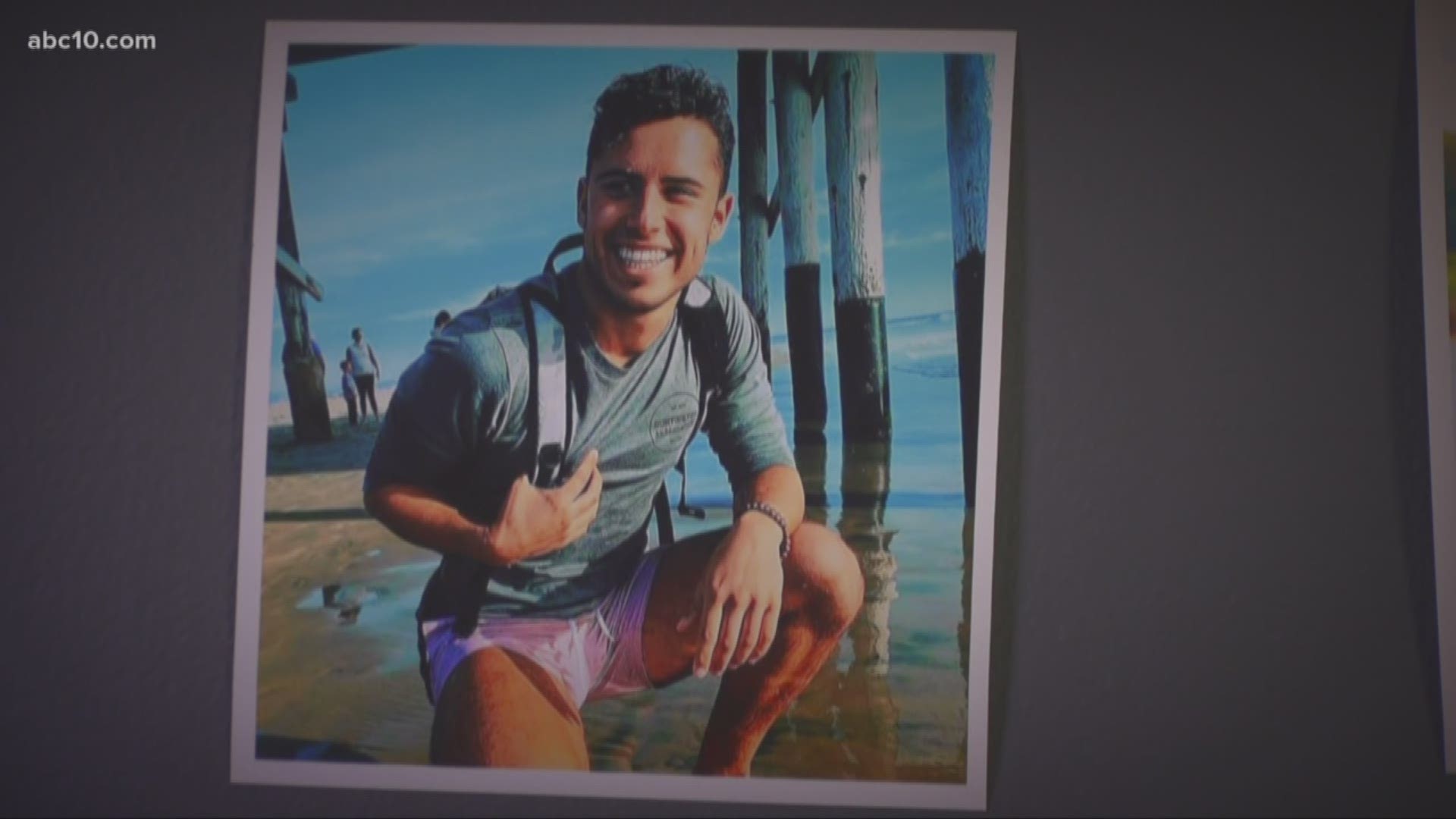 SACRAMENTO, Calif. — It started off as a memorable visit to end an incredible study abroad trip in Asia.

Kate Emmons said her best friend, Julian Adame, was in Bali wrapping up his studies and decided to take a quick trip to Japan before meeting her in Thailand.

When he didn't show up to meet her in Thailand, she knew something was off.

Adame had been arrested and put in a Japanese jail because of a lamp he allegedly broke, Emmons said. He's been there since May 2018.

“I had put out on Instagram a picture of Julian and asked if anyone had heard from him since I hadn't heard from him in eight days," Emmons recalled. "One person reached out to me and said that he was in contact with Julian right before [he was] arrested. They were supposed to hang out the next day."

She told ABC10 the story of how he got arrested.

According to Emmons, Adame was out having beers with some friends when "the alcohol and in combination of him travelling" made him fall asleep.

“The next thing he knew he was being awoken from officers informing him he had broken a lamp that he owed $900 for it and that they needed to see his passport," Emmons said. "He had been abandoned by his companions.”

She said he didn't believe them because people warned him of people impersonating officers. Adame also doesn't speak Japanese.

“They transferred him to a community police box where footage was recorded of him saying, ‘You're going to kill me,'" Emmons said. "And then he recalls them putting him in an unmarked car with officers not in uniform. And then drove him to his hostel to get his passport and it was there. They attempted to handcuff Julian and he was startled and turned around and accidentally scuffed the officer.”

She said he's also being charged with resisting arrest.

When Emmons finally tracked him down and visited him, they weren't initially allowed to talk.

“We actually weren't supposed to talk to one another because an officer sits in on the meeting and takes notes," Adame said. "But because both Julian and I don't speak Japanese, they said we couldn't talk. So, basically, I was at a desk behind Plexiglas and they brought him in, took off his handcuffs and [he] looked at me and started crying and we kind of stared at one another and wept.”

They write each other letters. Some are optimistic. Others are sad, with Adame saying how much he misses home.

She said Adame wants to come home but there are a lot of setbacks.

"He recently switched from pleading not guilty to guilty, because he was told it would speed up the process but essentially there has been a series of setbacks so the prosecutor asked the video footage be translated not one but twice and that pushed the case back a month," Emmons said.

An official with the United States Department of State told ABC10, “U.S. citizen Julian Adame was arrested in Tokyo on May 22, 2018. The safety and security of U.S. citizens overseas is one of our highest priorities. We are providing all appropriate consular assistance to Mr. Adame. Consular officers are in contact with Mr. Adame’s family and friends, and visit him at the Tokyo Detention Center regularly.”

The University of Redlands also gave a statement regarding this incident:

“We are aware that Julian Adame remains detained in Japan after events that occurred during personal travel, not associated with a university program. We have been in contact with local and international law enforcement agencies in Japan to ask for status, express our concern, and offer our assistance.”

The Sacramento City Unified School District may start the 2019-2020 school year two-weeks earlier than it has in previous years, according to a post on the district website Wednesday.