The Instagram post reveals the officers later determined they had the wrong guy. While he did not apparently have a warrant, he was arrested for resisting arrest. 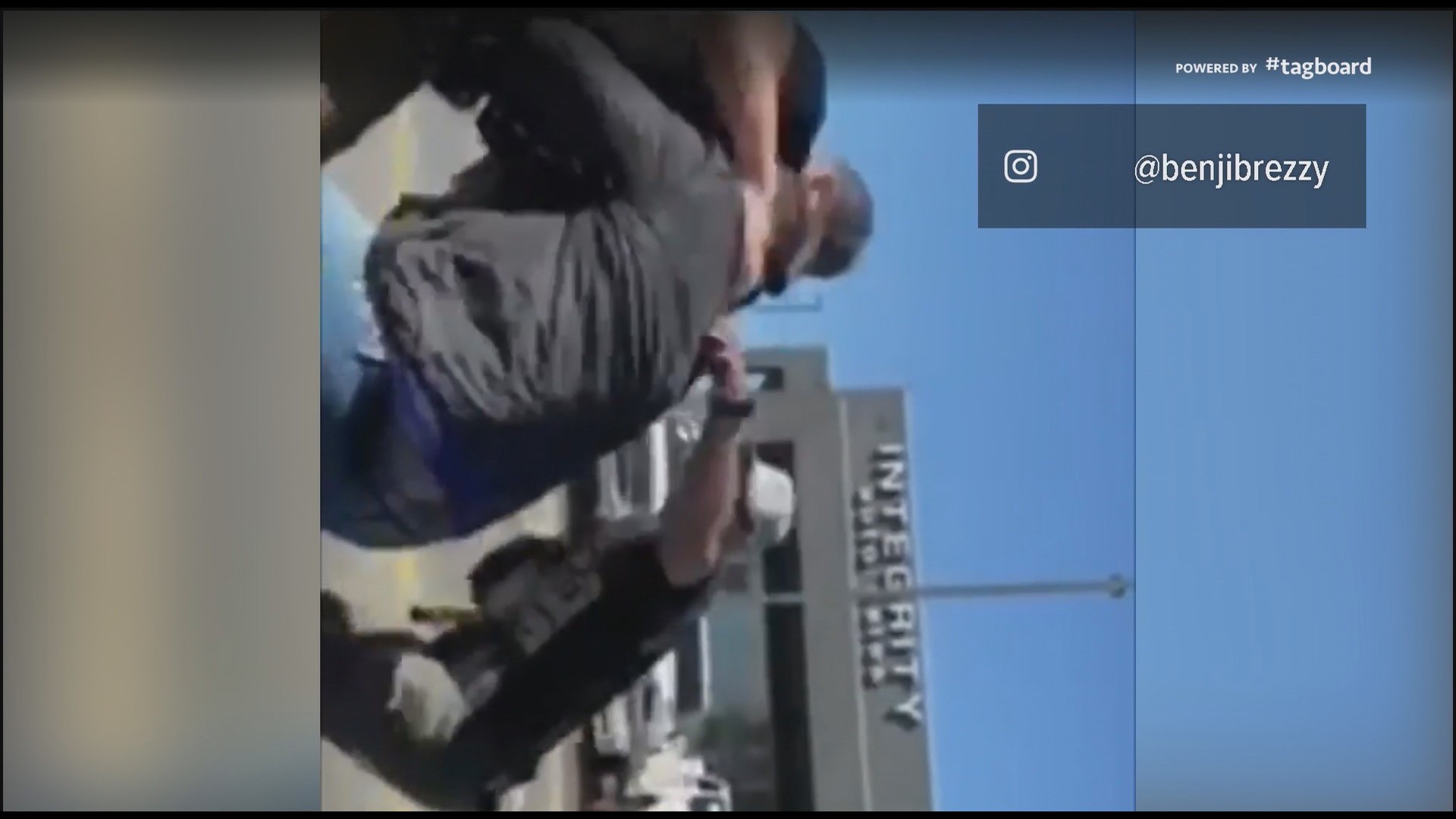 SACRAMENTO COUNTY, Calif. — Update August 28:  The Sacramento County Sheriff's spokesperson told ABC10 Friday that "The Sheriff’s Office conducted an administrative investigation, the allegations were sustained against the deputy, and appropriate action has been taken."

The specific discipline was not released because the case doesn't fall under SB 1421, according to the spokesperson.  SB 1421 covers police conduct where there is a serious injury.

The Sacramento County Sheriff's Department has launched an excessive force investigation after video appearing to show a deputy kicking a man in the back went viral.

According to the Instagram post, the man in the video was "minding his business" after a Sunday brunch when he found himself surrounded by Sacramento police officers and sheriff's deputies.

"Can you please tell me what's going on then?" a woman is heard saying.

"He has a warrant for his arrest," an unidentified officer claimed. "That's all I'm going to tell you."

"Are there some things that I think we could all agree are concerning at first sight," Deterding said. "I think that it's hard to judge something based a video in and of itself. That's why it's important to gather all the facts."

The Instagram post reveals the officers later determined they had the wrong guy. He allegedly did not have a felony warrant at all.

Deterding says the man was ultimately charged with resisting arrest. The officers are still on the job as the investigation continues.