One person killed in fire at former Sacramento restaurant

Firefighters said the person died in a two-alarm fire in the building that was once the Mayflower Chinese Cuisine restaurant at Alhambra Blvd and L St. 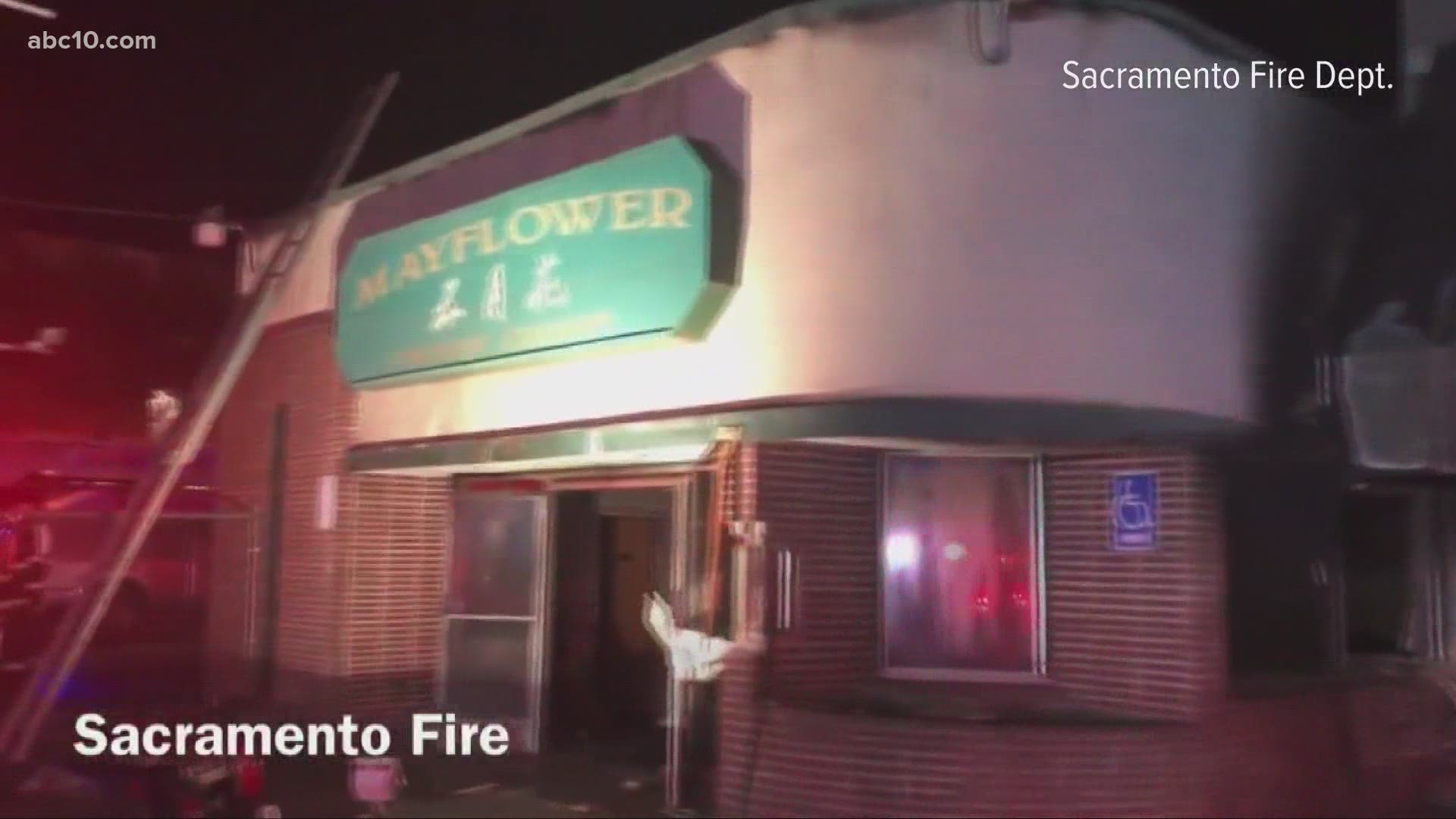 SACRAMENTO, Calif — Fire investigators are looking into what caused a deadly two-alarm fire in Sacramento at the site of a former restaurant.

The fire started just after midnight on Tuesday in the 3000 Block of L St., near Alhambra Blvd. The fire heavily damaged the building that was once Mayflower Chinese Cuisine.

Flames were shooting through the roof at one point, but firefighters managed to get the fire under control and keep it from spreading to the back of the building or neighboring structures.

Firefighters found one person inside the building and pulled them out. Sacramento Fire said that person has since died from their injuries.

While the former restaurant was boarded up and fenced off, Captain Keith Wade with Sac City Fire says it is not uncommon for the fire department to find someone inside an abandoned building. The cause of death will be determined by the coroner. Homicide detectives are not part of the investigation at this time.

Firefighters extinguished a 2-Alarm fire on the 3000 Block of L St. around 1AM. A victim was located on the inside of the building towards the from entrance. That person was transported and has since died from their injuries. Investigators are on scene to determine cause. pic.twitter.com/s3309unz33

The building was once home to a restaurant but now appeared to be vacant.

The arson investigator says the cause of the fire is suspicious.