Even Mayor Darrell Steinberg seemed confused: why were residents of the tiny home housing project being told they could no longer stay? 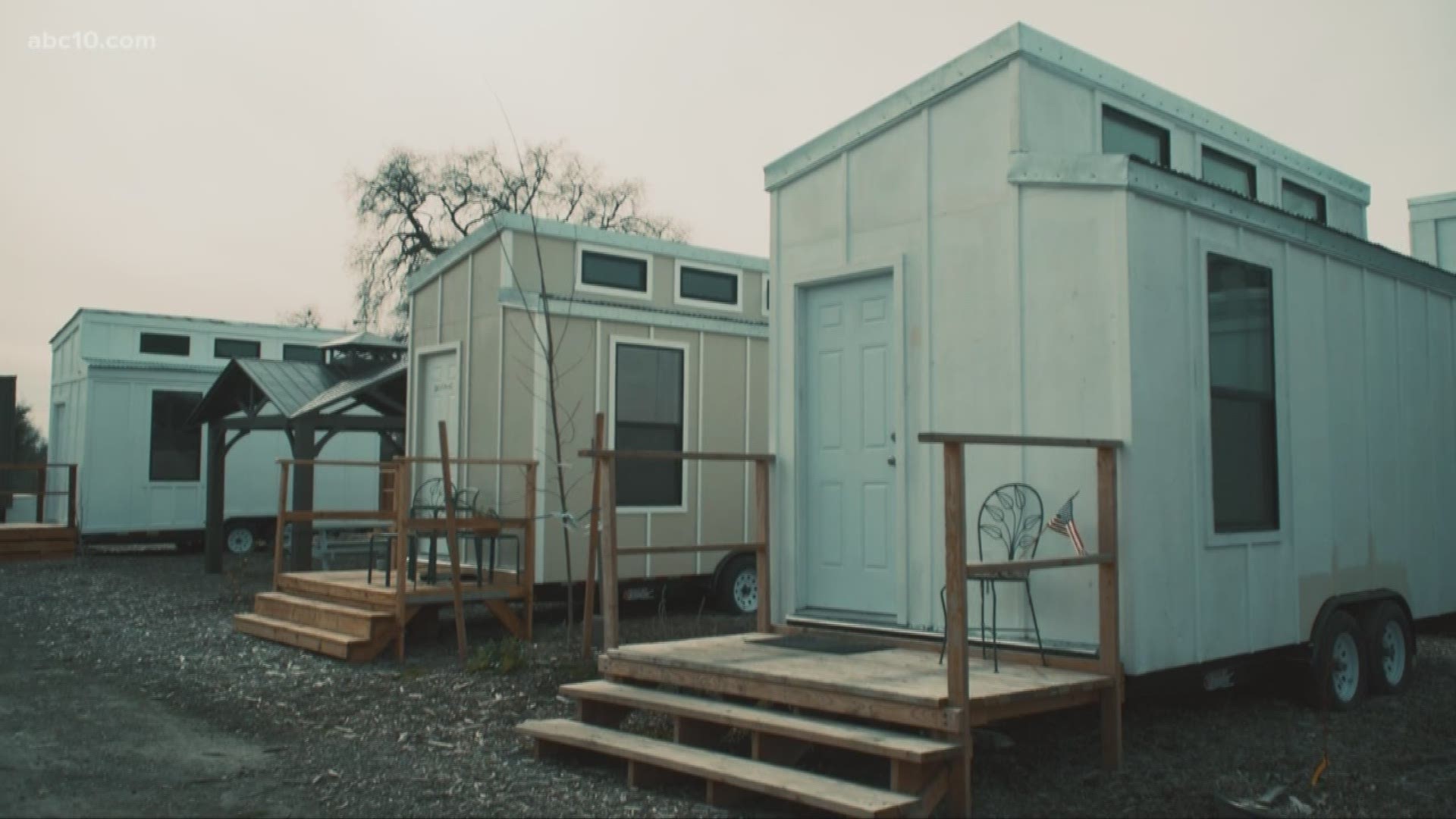 SACRAMENTO, Calif. — The Sacramento City Council voted unanimously Tuesday to declare a Shelter Crisis in the city, effectively indicating that there is a significant homelessness issue and it is a threat to health and safety.

Unsheltered homelessness is a prominent issue in Sacramento. The city of Sacramento has made several investments in increasing access to shelter, services, and permanent housing for our homeless community. Yet, homelessness continues to rise.

"People have asked me in the course of these deliberations, are you willing to hold your own city accountable to an appropriate standard, an aggressive, but reasonable standard…to bring people indoors?" Sacramento Mayor Darrell Steinberg said. "And my answer, without missing a beat, is you better believe I am, on behalf of our city, because we are stepping up.

"Yes, it's frustrating how long it takes and getting everything up and going, but 2020, as I said the other day, it's go time."

Steinberg referenced his work on the Gov. Gavin Newsom-appointed Joint Homelessness State Task Force, of which the mayor is a co-chair. In a recent report, members of the Task Force proposed holding every level of government legally accountable for bringing people indoors.

From 2017 to 2019, the Sacramento region saw a nearly 52% increase of unsheltered homelessness.

What's going on with Compassion Village?

Even Mayor Darrell Steinberg seemed to be in the dark about issues that have arisen at the tiny home complex, saying at Tuesday's city council meeting, "I guess at some point in this meeting, we ought to get some sort of an update on what's happening at Compassion Village."

Compassion Village is a privately funded tiny home community, focusing on housing low-income residents. The first tiny homes in the community began getting built in 2017 on the campus of  Saint Paul Church Of God In Christ in North Sacramento.

According to several speakers at the meeting, residents of the village were served notices that they would be evicted from their homes. Those who live in Compassion Village are mainly comprised of individuals who used to be, or would otherwise be homeless.

Those individuals apparently received a letter stating that they would not be able to continue their lease due to code and building issues that the city of Sacramento had not yet put in place for tiny homes on wheels.

Many other residents made comments of the same effect, sharing their stories of personal sacrifice and the burden that would be placed on them and their families should they lose their homes.

Councilmember Angelique Ashby said the city has not changed any ordinances to make it more difficult for Compassion Village to exist. While it is correct that no ordinance had changed, it is only because the city had never actually issued building regulations for tiny homes on wheels in the first place.

According to Tammy Vallejo, Founder and CEO of E49 and Compassion Village, Sacramento has never had a building code that allowed the community of tiny homes on wheels to operate legally. Despite working with the City Planning Commission and Sacramento Housing and Redevelopment Agency, Vallejo said that Compassion Village was never given any type of special city code or permit that allowed them to continue to operate, despite numerous attempts to do so.

"Last week, the city came out — the Hazardous Building Division — and told us that they were going to shut us down," Vallejo said. "[The agency told us] that they did not know that anything existed, and that there's no code, which is true, and there's no planning permit that we have ever been granted."

Vallejo remarked that she had previously attempted to meet with Steinberg multiple times, but was unable to do so. The mayor has been a long-time proponent for building tiny homes to help mitigate the housing crisis, and even called on developers for ideas on what it will take to build 1,000 efficient homes in Sacramento over the next two years.

During the council meeting, Sacramento City Manager Howard Chan rose from his seat. He was intervening, in real time, to the concerns over Compassion Village's lack of housing code.

Though the City Council was surprised by the allegations that individuals were being told to leave the community, members were not idle in trying to fix the issue.

With the passage of this resolution declaring a Shelter Crisis in Sacramento, residents of Compassion Village will be safe and will be able to continue to live in their homes.

Though there is still no building code or special permit that allows tiny homes with wheels to be used for housing, Compassion Village can now be designated as temporary housing under the California Government Code.