"It's always been kind of old and rundown. So, to see the new renovations, that kind of means that the drive-in isn't going anywhere." 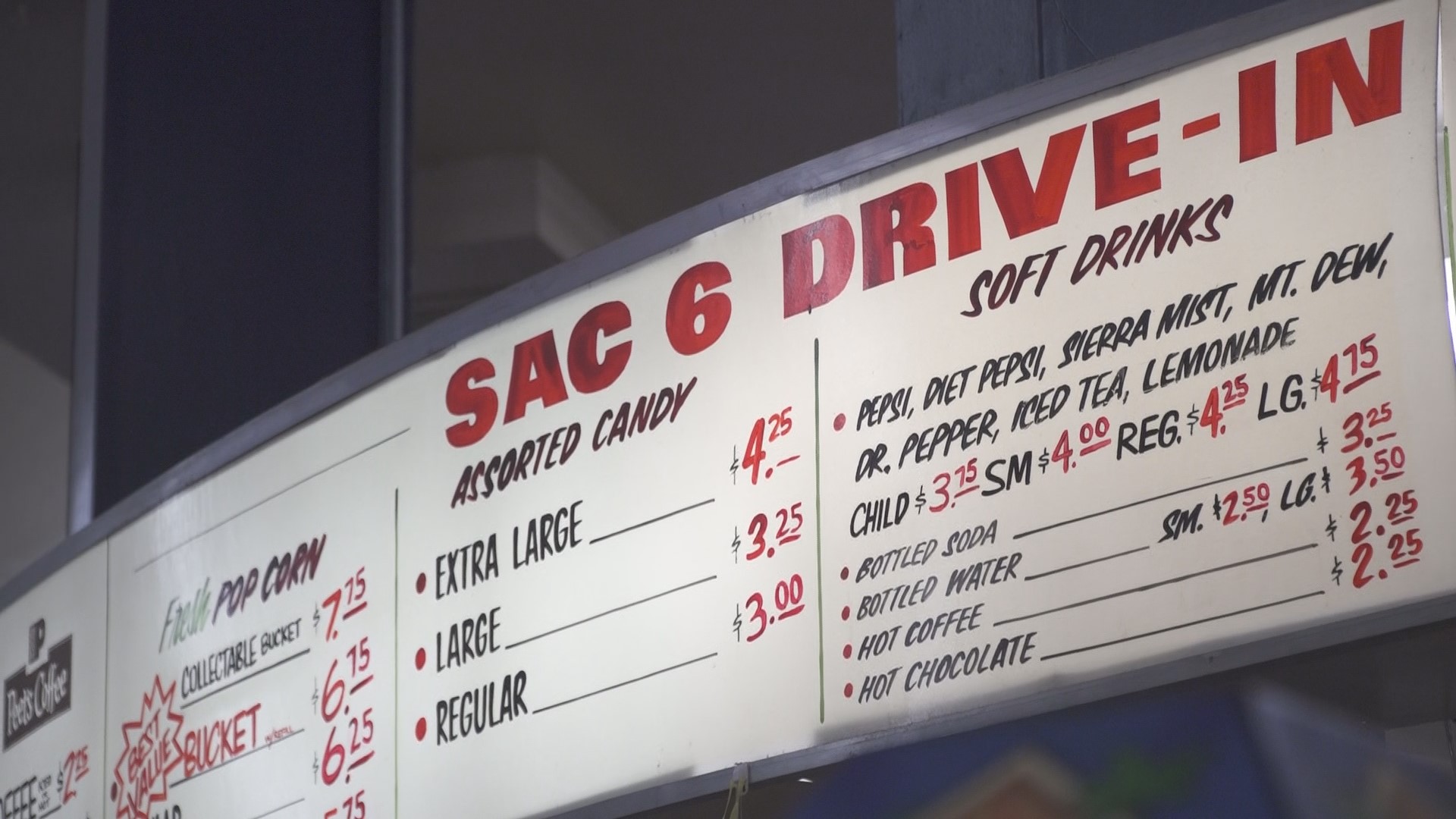 SACRAMENTO, Calif. — Sacramento's only drive-in theater is going through major renovations that include new asphalt lots and bathrooms.

“One of our biggest changes is the paving. It’s been a long time coming and it’s definitely going to be an improvement for the customers as well as the employees here," said West Wind Sacramento 6 Drive-In's General Manager, Jaime Davis.

Three of the six lots already have the asphalt, the rest will be completed by the end of next month, according to Davis.

Another big change moviegoers will notice are the bathrooms.

"We pretty much tore everything out. It’s all new tiling in there, new stalls, new toilets, new sinks, everything is automated now by motion, and even new dryers instead of the paper towels," explained Davis.

Davis told ABC10 a swamp cooler will be installed at the snack bar in the upcoming week. The drive-in theater will also have parking spaces soon.

"That will be kind of cool. That way people aren’t' squishing in between because last night on kids day it was so crazy," said Christina Vogele.

Vogele has been visiting drive-in's since she was a little girl. It's a tradition she's kept alive with her kids.

"I was just telling my daughter that when she's older with her kids that she can continue this because Sacramento, we're the only ones that really have one around here because they've shut down everyone else pretty much, so it's enjoyable. I hope it's around for a while," Vogele added.

Vogele told ABC10 the upgrades have made her time at the outdoor movie theater more enjoyable.

"It's always been kind of old and rundown. So to see the new renovations, that kind of means that the drive-in isn't going anywhere," Vogele said.

Davis says the complete $1-million renovation is scheduled to be completed by the end of June.