While this was an extremely rare day at work, Firefighter Chris Leisey said moments like these are why he wanted to become a firefighter. 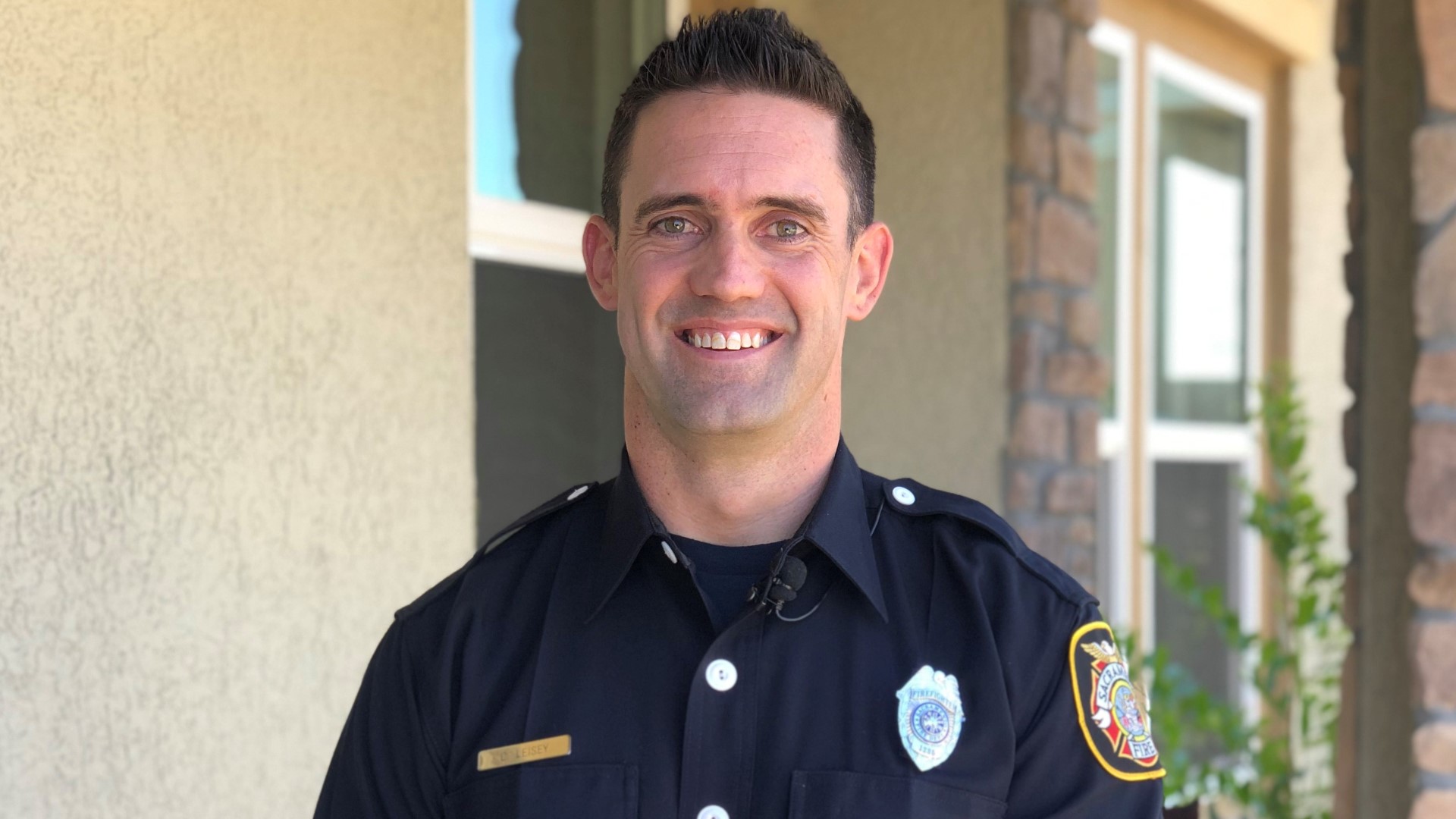 SACRAMENTO, Calif. — The Sacramento firefighter who helped a little girl that was dropped off at Fire Station 57 Sunday night says he quickly went into "dad mode" when the child was crying for her mother.

"She was very scared – crying frantically," said Chris Leisey, a firefighter for the Sacramento Fire Department. "It took a good 20 to 30 minutes to get her calmed down, but after she just kind of curled up on me and eventually went to sleep that night."

Leisey said he immediately thought of his own children who are around the same age as the little girl.

"She just needed to be picked up and cuddled," he said. "We sat down in the recliner and rocked and watched Sesame Street."

While this was an extremely rare day at work, he said moments like these are why he wanted to become a firefighter.

"It's not always structure fires and car wrecks," Leisey said. "Sometimes the biggest difference you can make for somebody is being there to hug them and be a shoulder to fall asleep on."

A woman that claims she's the little girl's mother has come forward, according to the Sacramento County Sheriff's Office.

The Sacramento Police Department is now investigating the incident. A spokesperson for the department said the little girl is safe and in protective custody.