More than 70 Sacramento-area firefighters were sent to New York City on a search and rescue mission in the aftermath of 9/11. Michael Daw was one of them. 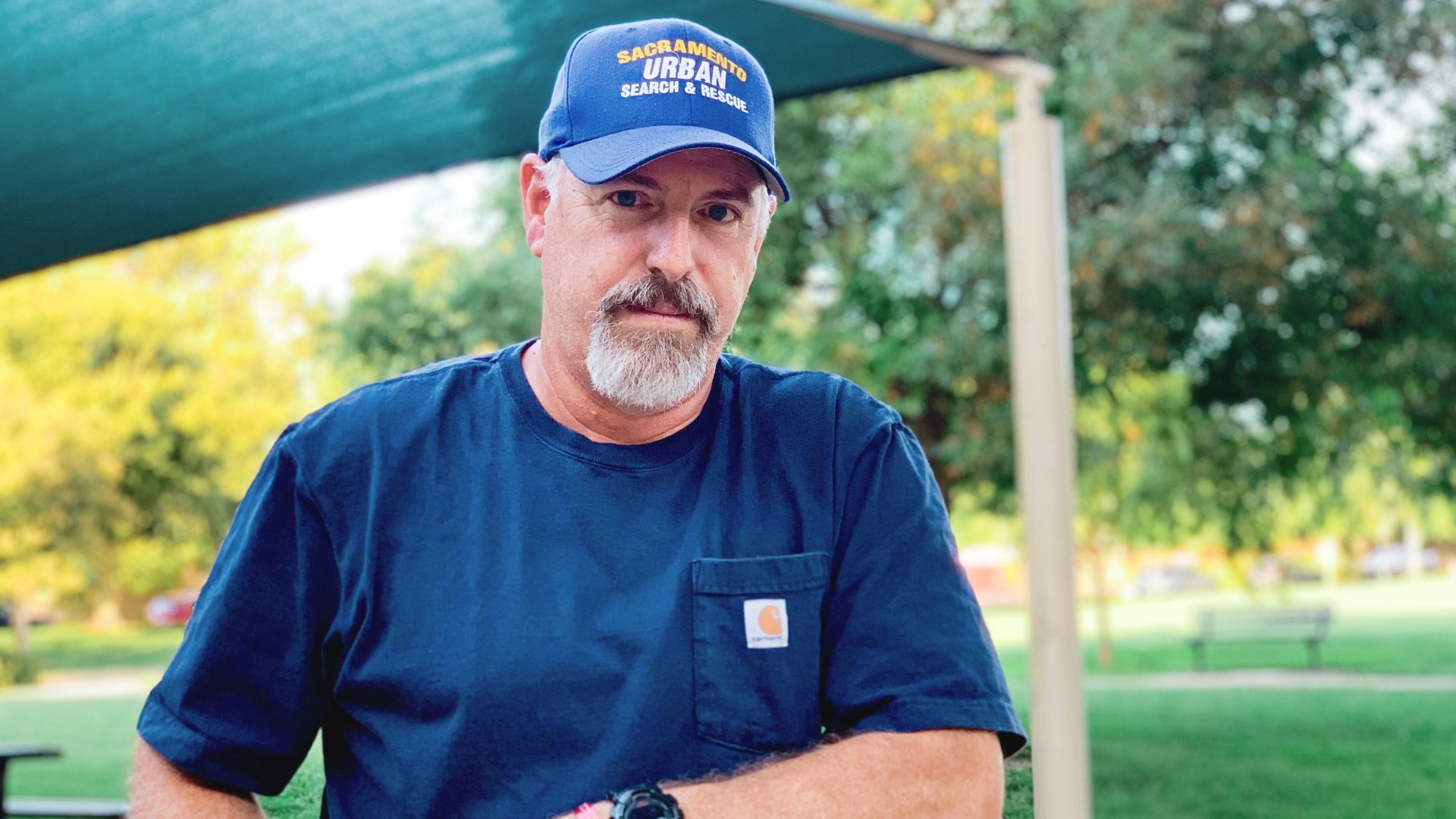 SACRAMENTO, California — Michael Daw was one of more than 70 Sacramento-area firefighters sent to help search and rescue efforts after September 11, 2001.

They arrived in New York City within a day.

"There were guys who didn't have a chance to say goodbye to their families," Daw said. "I was fortunate enough to at least say 'bye' at the time."

When they arrived at what used to be the site of the World Trade Center, he described it more as rubble. Some of it was still on fire.

"In reality, it was a small footprint but it was huge," Daw said. "It was like being in the Grand Canyon. The perspective was gone because the towers were gone."

The firefighters were all part of an urban search and rescue California task force for the Sacramento Fire Department.

"We had a mission specific to rescuing people, so every one of us on this team of 72 believed at some point in time we were gonna lift a piece of metal or pry open a door wedged closed and we were gonna find all the people hidden down there and it just wasn't the case for us," Daw said.

Their team didn't find anyone alive.

"As far as going out and succeeding and what our mission was, which was rescue, we felt really bad we couldn't pull it off," Daw said.

The team came back about to California two weeks later.

"Every single one of these guys went back to a firehouse and responded to 911 calls for the rest of their career," Daw said.

Daw retired as a Battalion Chief with the Sacramento Metro Fire Department. Others on his task force are still working, retired, or have passed away because of what Daw believes they were breathing during their 9/11 rescue assignment.

"A lot of the times the masks came off and in your general area, you didn't necessarily notice the dust until you look out into the horizon and you would see it. And in that dust was every aspect of pulverized building and plane and fuel and hazardous materials," Daw said. "We were breathing in some nasty stuff out there and you just hope it doesn't affect you."

As we reflect nearly 20 years after 9/11, Daw said it's important to say more than just "never forget."

"We can't forget something we didn't know about," Daw said. "Get away from the cliche of 'never forget' and learn about what this was. A lot of people are gone. A lot of families affected forever."