Just as we all have a mother, the peaceful march was open to everyone and also served as a space for the smallest activists to have their voices be heard. 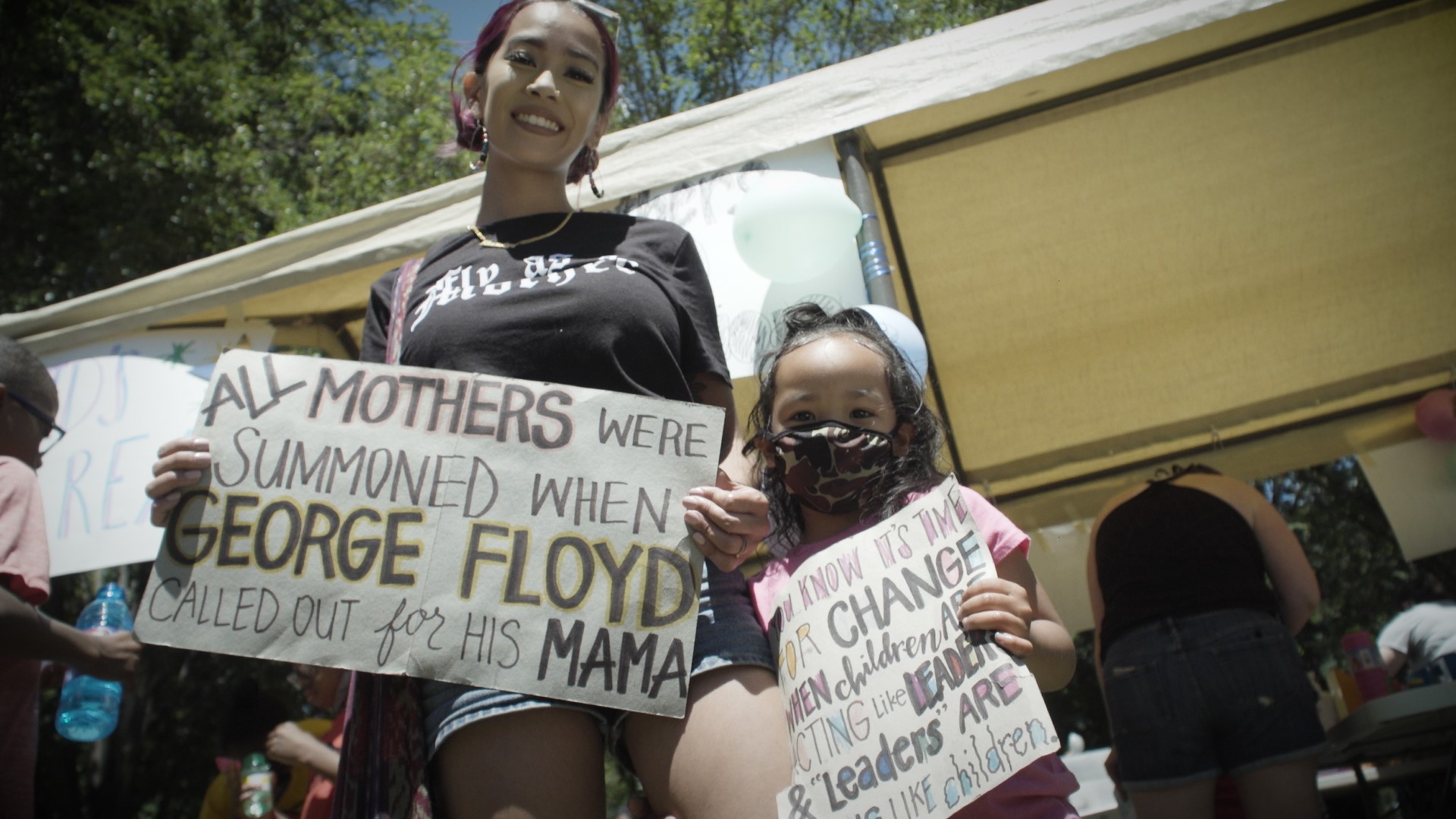 SACRAMENTO, Calif. — A call for justice sounded Sunday afternoon as hundreds gathered in the heart of Sacramento at Cesar Chavez park.

This group of activists had a joined and strong bond -- one of motherhood.

"I'm here for my kids," said Kiana Jasmyne, who brought her young daughter along. She hopes by standing in solidarity with other mothers, she can change the future for the next generation while showing her daughter that her voice matters.

Just as we all have a mother, the peaceful march was open to everyone and also served as a space for the smallest activists to have their voices be heard.

The march began in Cesar Chavez park, looped around and blocked off traffic for around 20 minutes and returned to the park stage - where activists took to the stage to share their own stories of motherhood and hopes of change for their children.

But for some, like Rev. Demyse, they attended the march because they couldn't bring their children. Demyse said her son was murdered and that was part of her working with other women to put on the "Mothers in Motion" march.

The march also served as a reminder of the power a mother holds in protecting her children. It was a message reiterated in George Floyd's last words, a plea, calling out for his mother.

"It touched me and it hurt me that he cried out for his mom... and she couldn't help him," said Kimberley Owens.

That was part of the reason Owens decided to attend, despite deep concern surrounding the coronavirus.

"I've never been to a march or a protest before. It always gave me anxiety, but I thought [that] this was a cause to come out for," said Owens. "I have a 13-year-old [son]. He matters, and I have to show him I care."

Together, these mothers and activists sung a rallying cry, demanding change in the world for their children.

"A Peaceful Protest for our Rights" in Downtown Sacramento | June 6, 2020