City Councilmember Katie Valenzuela's task force identified locations around her district that could house as many as 2,500 people. 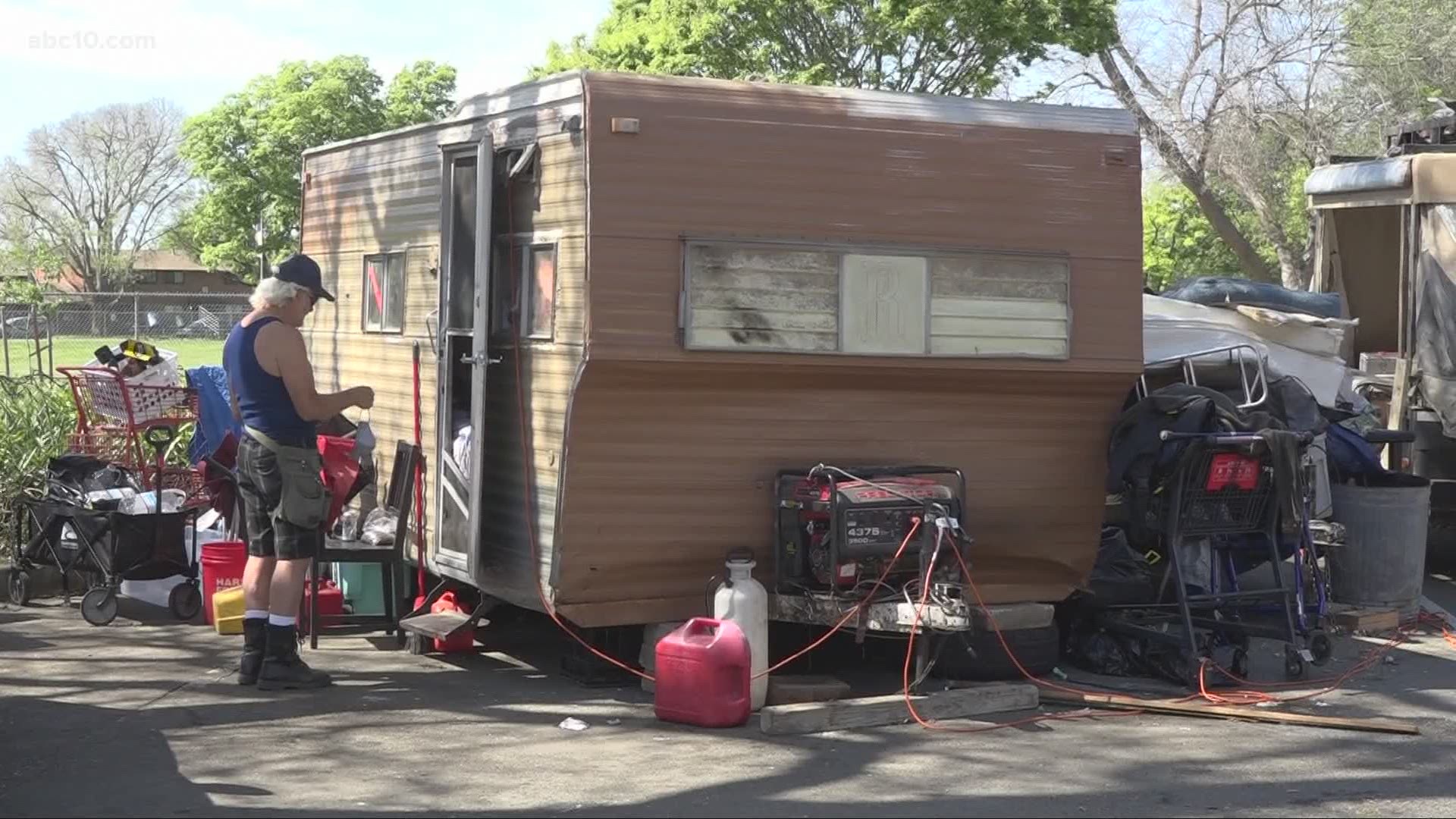 Valenzuela represents District 4, which includes downtown, Land Park, midtown, and the Willow Park area. Her task force identified locations around the district that could house as many as 2,500 people.

RELATED: Who is responsible for the growing homeless crisis in Sacramento? | ABC10 Originals

Some of those locations are already existing sites, while others are still being assessed or negotiated. That doesn’t include motel voucher sites, new affordable housing sites, public land and parking lots still being evaluated, or winter sanctuary sites.

Her plan also included locations where tiny home villages could be erected to serve as transitional housing. Some locations identified include Caltrans parcels under the WX freeway or under Business 80, Miller Park, and a large vacant lot south of El Camino Avenue.

These locations could support more than 1,300 tiny homes according to the D4 homelessness task force plan with a timeline for creation set somewhere between mid and late 2021.

Valenzuela is the first councilmember to present a plan as part of Mayor Darrell Steinberg’s Master Plan on Homelessness, which was unanimously approved by the city council in January. The remaining councilmembers will propose their district’s plans through May and will vote on all of them in June.