Sacramento homeless to be housed in motel under ‘Project Homekey’, but residents aren’t happy

Sacramento Council Members debated on whether or not the homeless should be housed at a motel off I-5, near Discovery Park. 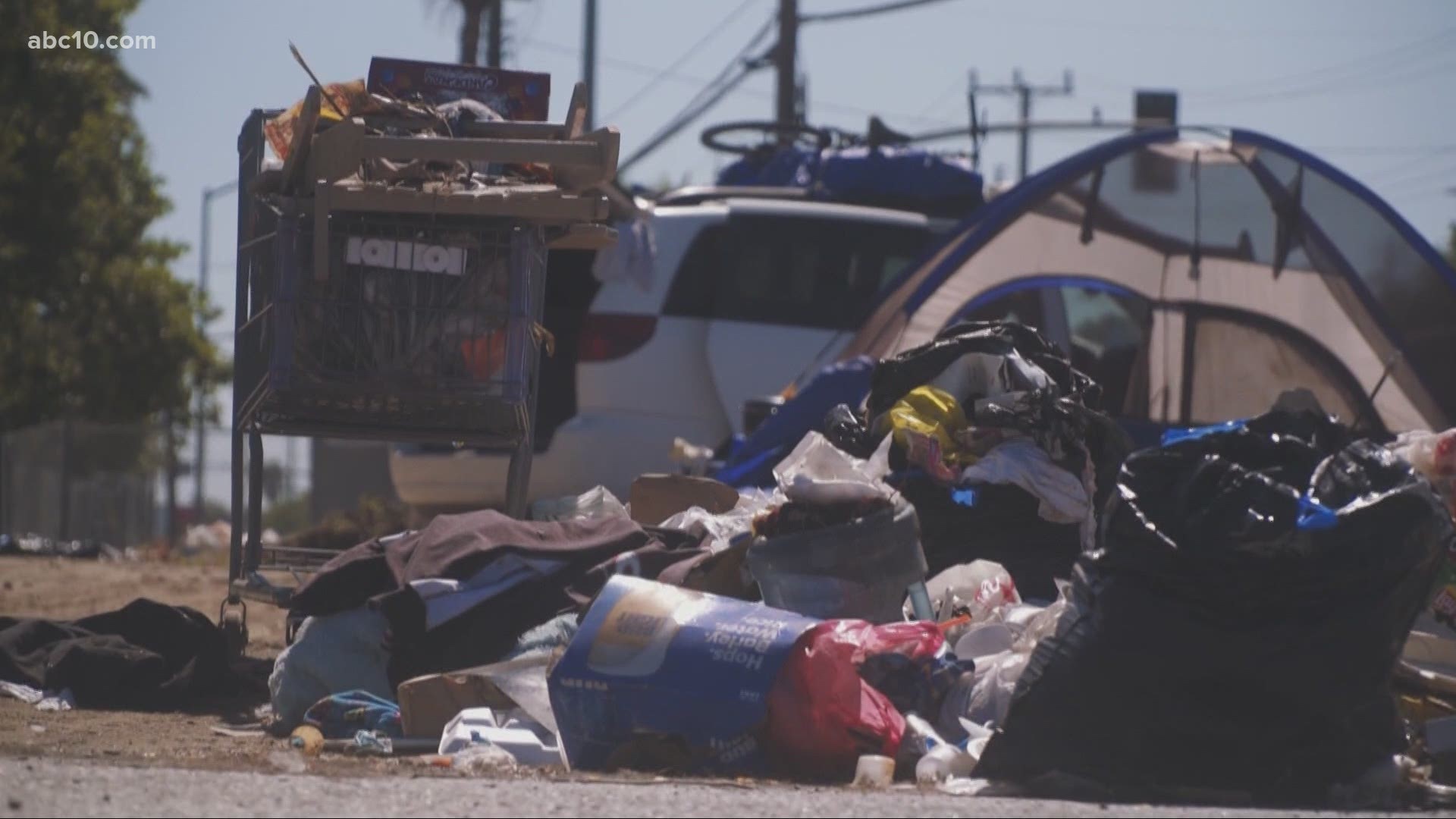 SACRAMENTO, Calif. — Angel Velasquez lives in a van at a homeless encampment off of Stockton Boulevard. She’s one of 40 other transients who could be forced to leave.

“We aren’t here to hurt nobody. We aren’t breaking into nothing. We are here because we don’t have anywhere else to go,” Velasquez said.

Homeless advocates say those who are living on the vacant lot could be forced to leave. But they have nowhere else to go. Advocates say they need more time.

Velasquez and her camping buddy, Faye Sloan, are frustrated that they may be uprooted and forced to live on the sidewalk.

“If they are going to do it then why don’t they sweep us somewhere we can be in a closed place, like...a motel room or something,” Sloan said.

The homeless began camping on this private property without permission at-least a month ago, according to City Councilman Eric Guerra’s Office. His office has been working with County Health officials, the property owner, and homeless advocates to help the people living there.

Guerra’s Office says the parties agreed to allow the homeless to stay there for several weeks while they were offered services like housing and transportation. Some accepted the services and others did not.

The deadline for folks to have moved is Tuesday. While folks were supposed to be leaving, city officials say the camp population has at-least doubled.

“They have no place to go. That’s why they’re unhoused and literally do not have any place to go,” said Faye Kennedy with Services Not Sweeps Coalition.

At the Sacramento city council meeting, a proposal was brought to the table to house the homeless at Hawthorn Suites off of Interstate 5 across from Discovery Park. The plan is a part of Project Homekey, to give the homeless a permeant place to stay, but people living in the area say there are already too many resources for the homeless.

Multiple councilmembers opposed the idea saying it hurt potential development, but against their wishes, the project passed and hundreds of homeless will be moved into the motel

“No longer acceptable for people to live on the...sidewalk,” Mayor Darrell Steinberg said.

But not everyone living on the streets wants to live in the motel. Aretha Pickens told ABC10 she prefers the freedom of living outside.

“I have seen them take someone once before...taken off the street for a couple of days and then put right back on the street. So the only reason I didn’t take the voucher is because that’s a waste of money,” Pickens said.

Guerra’s Office says they are continuing to explore options to help the homeless here. Still, homeless advocates say they’re prepared for law enforcement to close the camp at any time.