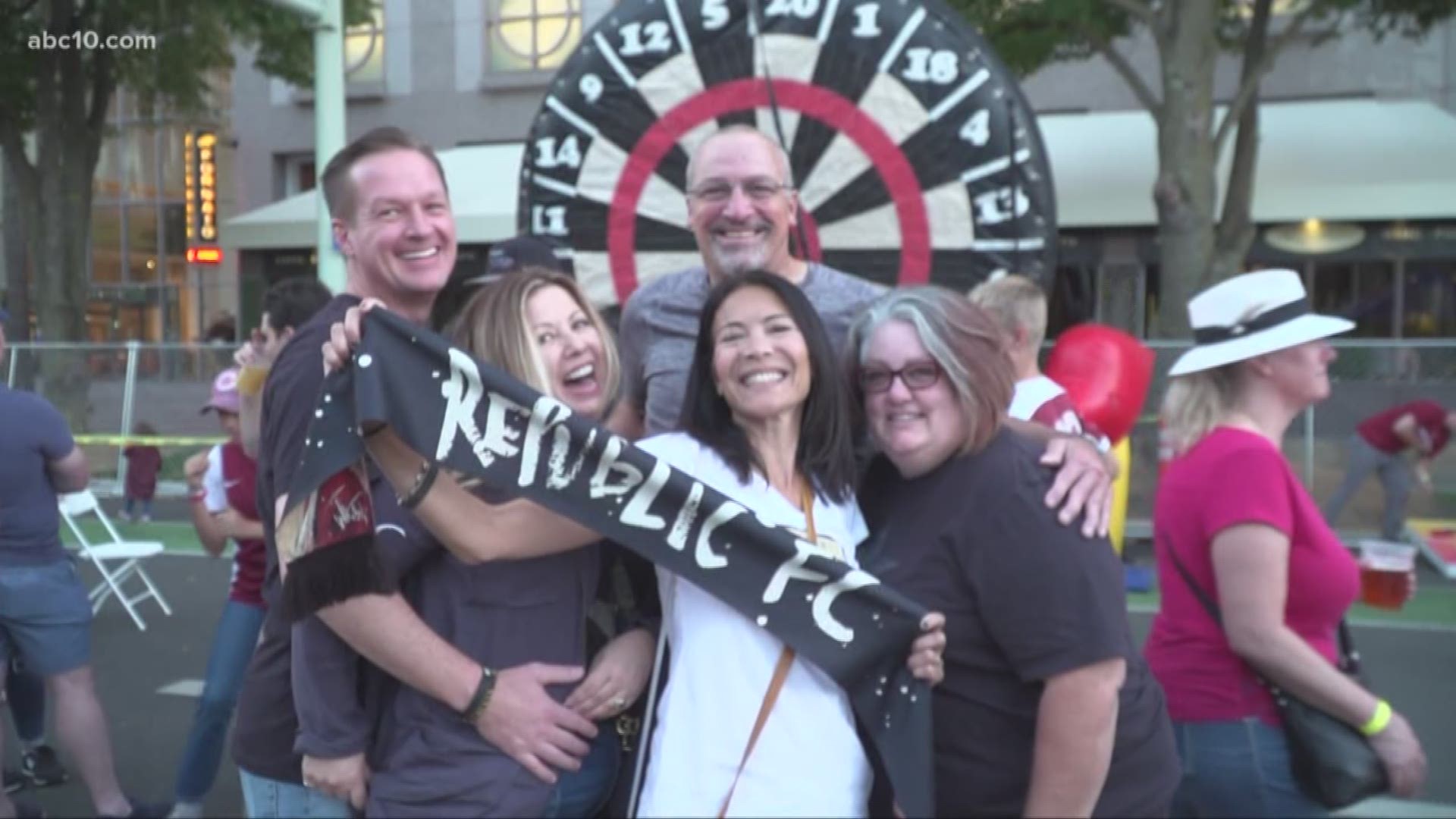 SACRAMENTO, Calif. — After years of waiting, Sacramento can breathe a sigh of relief.

MLS commissioner Don Garber, along with Gov. Gavin Newsom, Sacramento Mayor Darrell Steinberg, and members of the Sacramento Republic FC leadership team made the official announcement at a press conference at The Bank Monday morning.

"It's hard to believe it was over four years ago when I told Marcos Breton of the Sacramento Bee that it was less about 'if' and more about 'when' Sacramento was going to join Major League Soccer," Garber said at the press conference, making the announcement official. "Well folks, 'when' is today. Your 'when' has arrived!"

The Sacramento team is expected to play their inaugural MLS game in 2022.

The hunt for an MLS franchise has been a long one for the city of Sacramento. Owners officially threw their hat in the ring in 2017. Republic FC joined USL Championship League in 2012, winning a championship in their inaugural season in 2014. 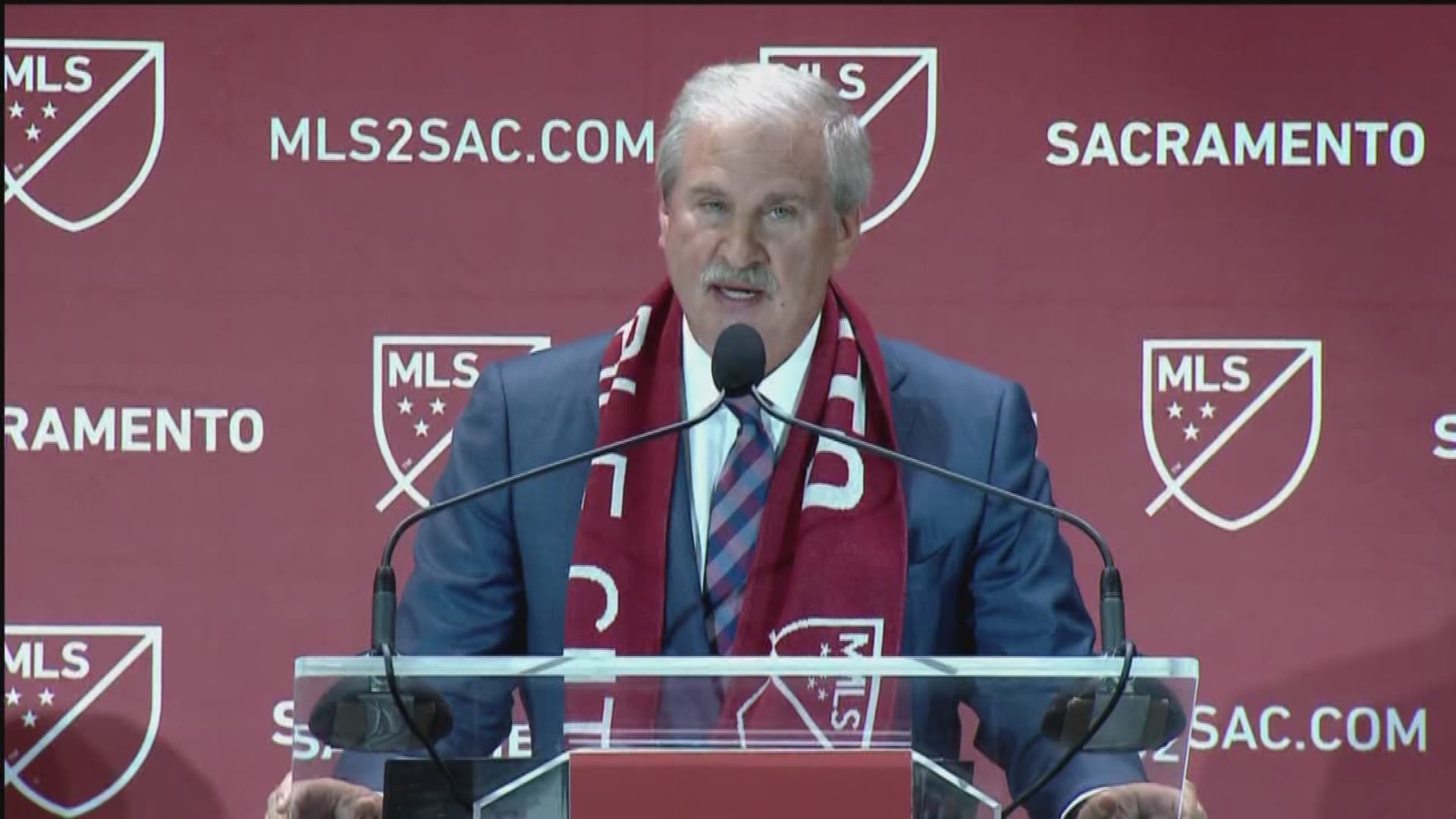 And Republic FC aren’t planning to stay at their current home, Papa Murphy’s Park at Cal Expo. The stadium for the new MLS franchise is planned for the Railyards, an area just north of Downtown, with the addition of hotels, shops and apartments planned for the area, as well.

In April, the Sacramento City Council voted to approve a $252 million stadium in the Railyards. Additionally, UC Davis Health signed a multi-year deal with the team to become the sponsor of Sacramento's jersey once it joins MLS. 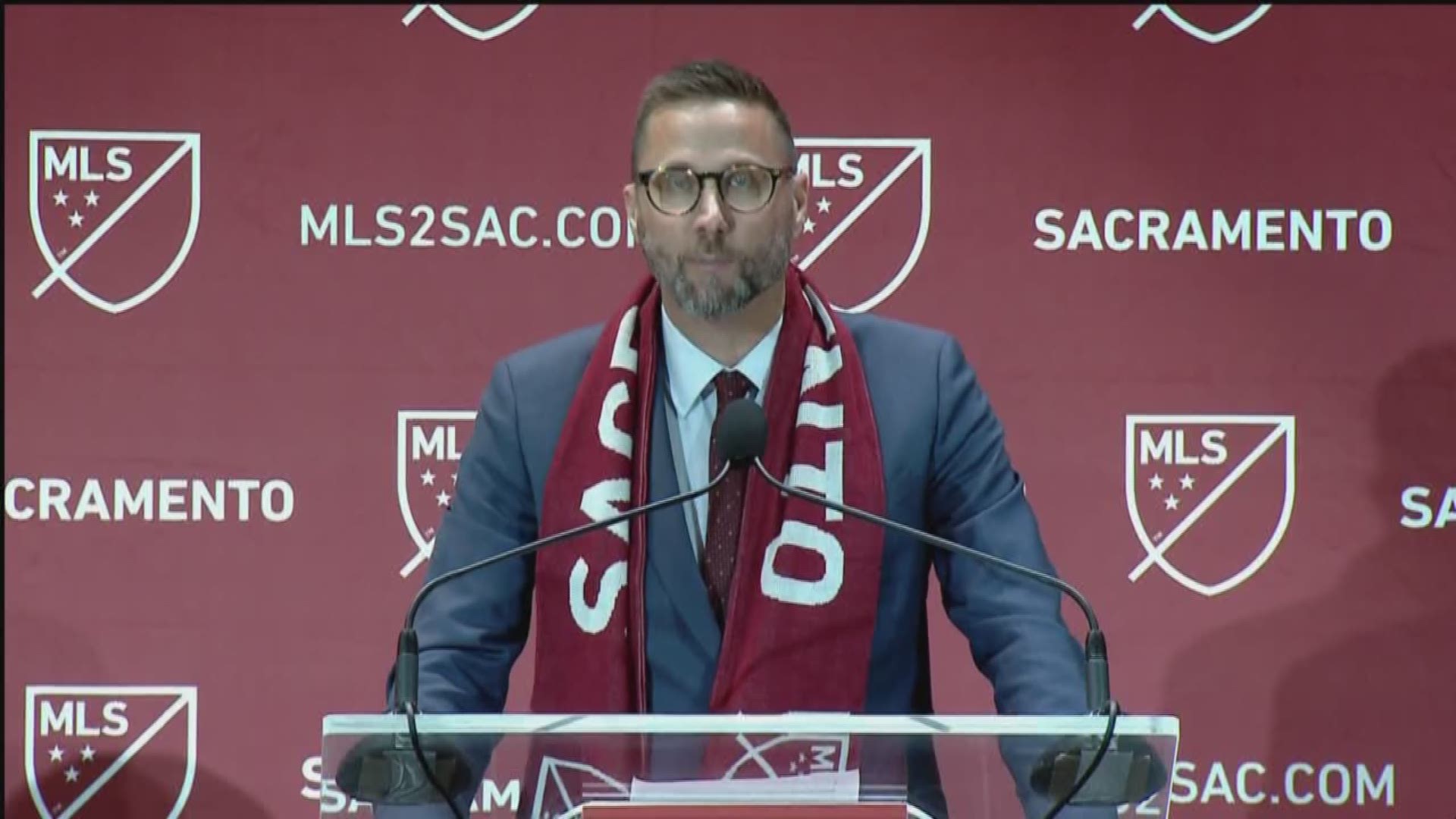 "We're really excited," Sac Republic fan Mark Tyburski told ABC10. "We've just been waiting for this to happen, so we're wanting to get those season tickets. We're waiting for the new stadium!"

"I'm really, really excited, and I hope that some players are here today," Tyburski's daughter Ainsley said. "I really like Sam Werner, number 11. He's my favorite."

Melanie Brewer is a member of the Tower Bridge Battalion - the Sac Republic's devoted cheering section.

"It's a longtime coming," she told ABC10. "A dream come true. It's finally here, we've fought for so long."

Almost-9-year-old Gabriel Aguilar and his 10-year-old cousin Diego Moreno joined in the fun.

"My dad picked me up from school early. I'm, like, confused. I thought I had a doctor's appointment," Aguilar said, with a smile on his face. "Then I came here."

Entering the block party, Michael Valania said he anticipated celebrating this day with other Sac Republic fans would be "a cathartic experience. I think there's going to be just this huge amount of energy that is going to just erupt and just be really exciting."

The team's ownership group includes lead investor Ron Burkle, an owner of the NHL's Pittsburgh Penguins, as well as entertainment executive Matt Alvarez and Kevin Nagle, an investor in the NBA's Sacramento Kings who has spearheaded the bid for MLS expansion since 2014.

The addition of Burkle and Alvarez earlier this year accelerated negotiations. The Sacramento Republic currently plays in the lower-tier USL Championship league.

Fans can make deposits for season tickets at mls2sac.com.

Major League Soccer is coming to Sacramento. Watch the full ceremony announcing the Sacramento Republic FC is headed to MLS.