Mark Merin has made a career out of representing working and lower class clients, including the homeless. Even using his own home and properties to help house them. 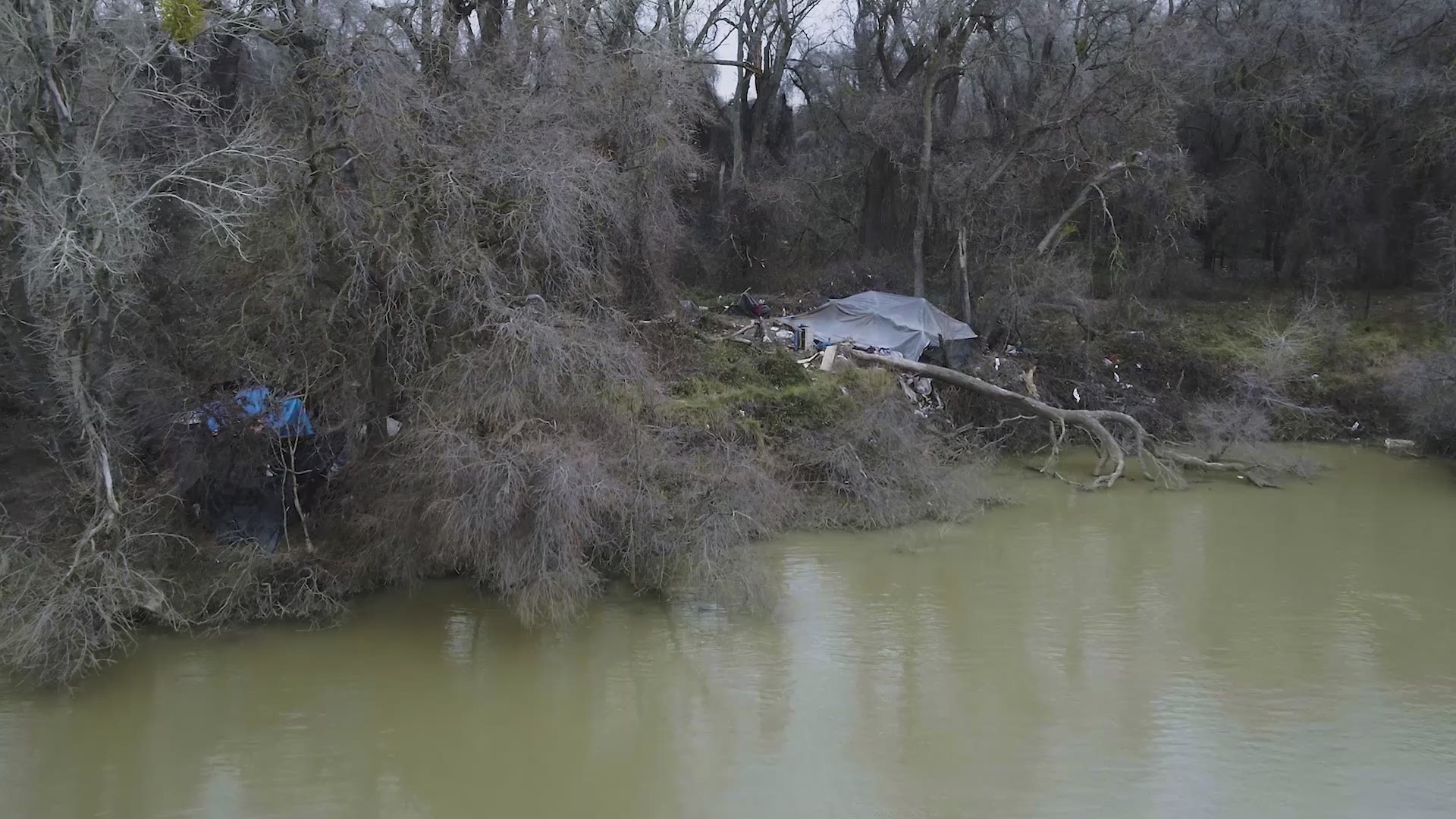 SACRAMENTO, Calif. — "Among the homeless community, Mark is a hero," said Tracie Rice-Bailey. "Mark is the number one man because Mark will fight for their rights... and they know that."

Tracie Rice-Bailey is one of the thousands of homeless in Sacramento.

But unlike her brothers and sisters out on the streets, Rice-Bailey has a key to a house where she is welcome to come and go as she pleases.

It's the home of Mark Merin, a Sacramento-based civil rights lawyer.

Rice-Bailey is welcome in Merin's home anytime, and even has her own room. However, sometimes she worries about overstaying her welcome. You might find her sleeping in her van unless illness or heat pressures her to move indoors.

"A lot of times if I stay in my van, I can get up in the morning and go to the house and just walk in and get coffee," said Rice-Bailey.

As California's homeless population continues to rise, hitting an all-time high, Merin has opened not just his home but his law office to the homeless. He's become a voice known to represent a group that often goes unheard.

"We're really doing a lot more homeless work and [work around] the absence of services and shelters available to them," Merin said. "We're pushing for constitutional rights, and that's very satisfying."

Representing lower and working class clients hits close to home for Merin. He said his father got laid off when he was 53 and wasn't able to return to full-time employment.

"I felt the inequities of the system," Merin said.

Merin has made an entire career out of what he calls 'standing up for those who cannot stand up for themselves.'

When Merin's law office first started out, they sent notices to "every community organization" saying they would provide pro-bono services.

"We got a lot of takers from groups that otherwise wouldn't be able to afford lawyers," Merin recalled.

He has represented and won cases for an array of minority organizations and clients. One of his most notable triumphs was a $15 million class-action lawsuit against Sacramento County for the illegal strip search of inmates in the county jail.

Those types of cases garnered Merin a reputation as a more "progressive or radical" lawyer that would be willing to take on the state, county, city and other public entities.

Merin said advocating for the poor and disadvantaged sustains him as a lawyer.

"We help people. We help lots of people," Merin said.

While Merin's lawsuits have made their way up to the United States Supreme Court, over the years he has upheld his progressive and radical reputation within the Sacramento community; He's sued the city and county of Sacramento around 50 times.

"Every time we get a lawsuit at the city, we have to defend ourselves and that costs a lot of money," said Sacramento Vice Mayor Jeff Harris. "Mark Merin costs the city a lot of money - and that is money we could spend on homelessness."

In recent years, city officials and Merin have continually disputed the growing issue of homeless encampments.

Merin leads an organization called Safe Ground. The organization's motto is: "Advocating for the decriminalization of homelessness and establishment of Safe Ground communities where those who are homeless may reside until they may obtain housing."

In an attempt to provide homeless with safe places to reside, Merin has continually allowed Safe Ground to set up residents on lots of land he owns in Sacramento.

These Safe Ground establishments typically have a porta potty, wash station and are completely self-governing - meaning residents decide what time the area is locked and choose which other residents are allowed to "move in."

But not all believe Safe Ground type encampments are a positive influence for those living on the streets.

"My personal experience with Safe Ground type encampments is they work for a small period of time, but when they become long term and entrenched, that's when really bad behaviors happen," said Harris.

Past Safe Ground communities were shut down due to an anti-camping ordinance.

"[The homeless residents] were all arrested and all the property was seized and the city said, 'No. We're not going to allow it,'" said Merin.

Due to the coronavirus pandemic, an order was passed that stopped police from forcing homeless encampments to move as that is their only way to shelter in place.

Safe Ground recently set up a community in downtown Sacramento on a plot of land that Merin owns. The set up was devised by an architect and is "COVID compliant," meaning tents are set six-feet apart and their entry points are facing different directions.

The community has a wash station, porta potty and secured storage area. It is self-governing, meaning residents choose which individuals can enter their community, and the gate is locked by a resident at 9 p.m. sharp every evening.

As law enforcement cannot move the Safe Ground residents during the pandemic, Merin hopes it will serve as an example that this type of encampment is positive, and that it helps to influence the creation of other Safe Ground locations throughout Sacramento.

"I have always been open to working with SafeGround organizers on their program, but I do not support the effort's current location and the landowner's disregard for the concerns of the neighboring residents and businesses. My office is working hard to find an alternative location and to provide improved facilities for the people in desperate need for housing opportunities. We're committed to working with Mr. Merin and the SafeGround leaders to prove that the City and advocates can partner on this effort."

Other initiatives have been founded to help the homeless during the pandemic, like Project Roomkey, but Merin hopes his work will help create safe spaces for homeless on a local and immediate level by the involvement of community members in the Safe Ground organization.

"As a lawyer, I've come to realize that the courts are not the answer. We need people coming together and that's how things change," said Merin. "I believe in community organization and I place my faith in the people, frankly."

RELATED: HomeMore housing program in Sacramento help gets veterans off the street