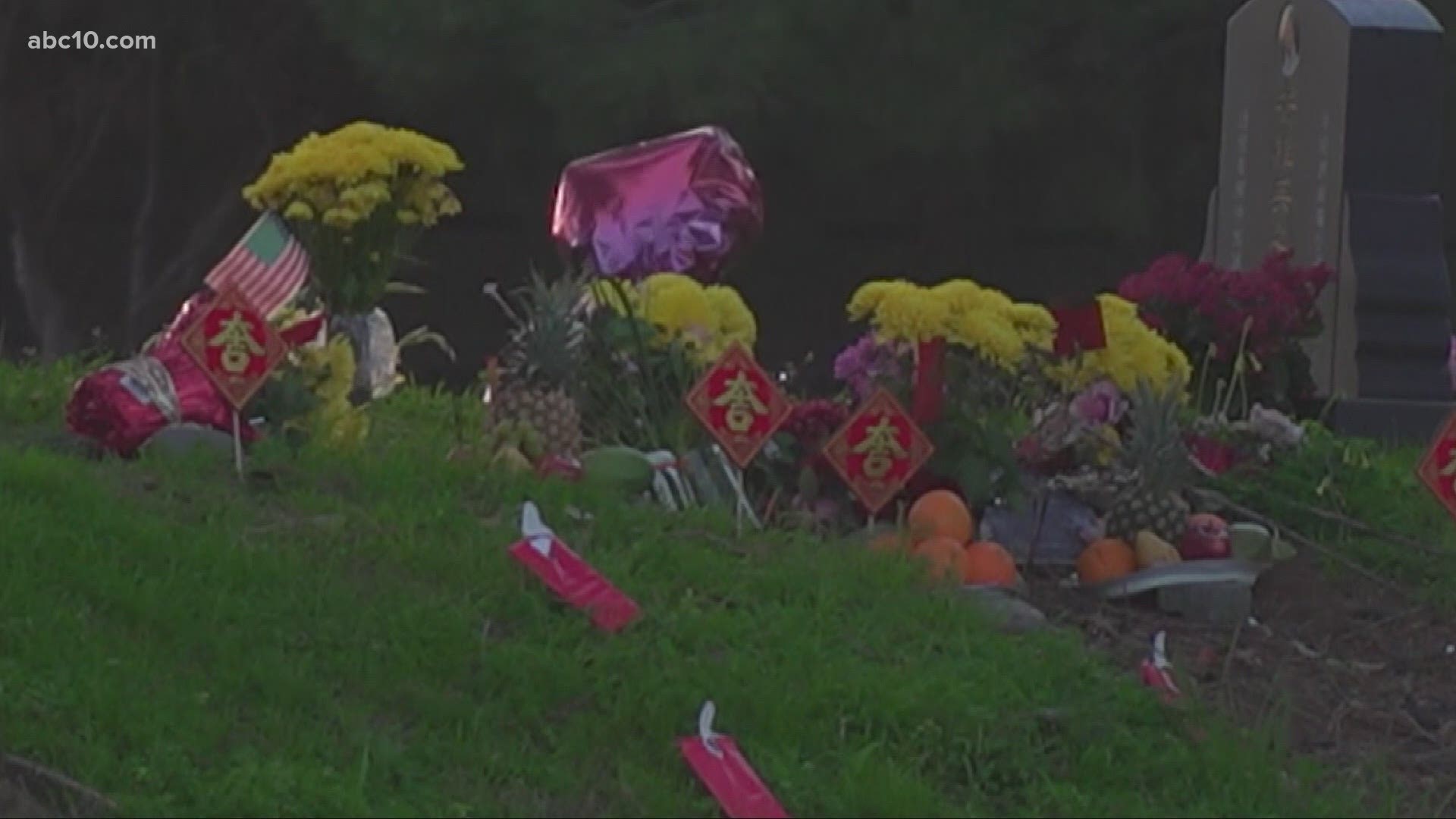 SACRAMENTO, Calif. — Valentine's Day flowers certainly make one feel loved, but would that feeling change if the bouquet was stolen from a gravesite?

A Sacramento man claimed he witnessed someone swiping flowers from graves at Memorial Lawn on Valentine's Day weekend, potentially taking advantage of the overlapping holiday and Lunar New Year traditions.

For many Vietnamese and other Asian families, it is a Lunar New Year tradition to visit gravesites of family members with flowers and offerings in hand.

"We're taught to during certain holidays, to pay your respects and put forth the effort to remember your family," said Garland Lew, who's Chinese American.

Lew said he was following tradition on Sunday when he noticed a man filling up a large bag of fresh-cut flowers from an area of Sacramento's Memorial Lawn, which predominately features Vietnamese graves, covered in red and gold flowers, offerings, firecracker remnants and South Vietnamese flags.

Lew is a retired sheriff's deputy and he said he was suspicious and followed the man until he got into a truck off the funeral home property.

While there's no way to say exactly what happened to the flowers, Lew has a few ideas.

"It appeared to be very obvious to me someone's supplementing their Valentine's Day income by stealing flowers," explained Lew, drawing on his law enforcement background.

Lew is sharing his experience so people can be vigilant during holidays that may draw crowds of families to cemeteries.

"It should be a sacred place for our loved ones and that's the sad thing when it's not," said Lew.

The Sacramento Police Department said it had no reports of flower stealing. However, Lew said he notified the Memorial Lawn crew through its messaging service and tagged the police department in a Facebook post. The general manager at Memorial Lawn said he wasn't aware of any complaints of flower stealing until ABC10 asked him. He said it is an upsetting situation that staff will further look into, adding that cameras are not able to cover every inch of the cemetery.