'My brother should still be alive' | New questions for Sacramento Police Department after shooting, few answers

Shooting victim's brother questions need for a second shot. The Sacramento police declined to release more information, saying the shooting is under investigation. 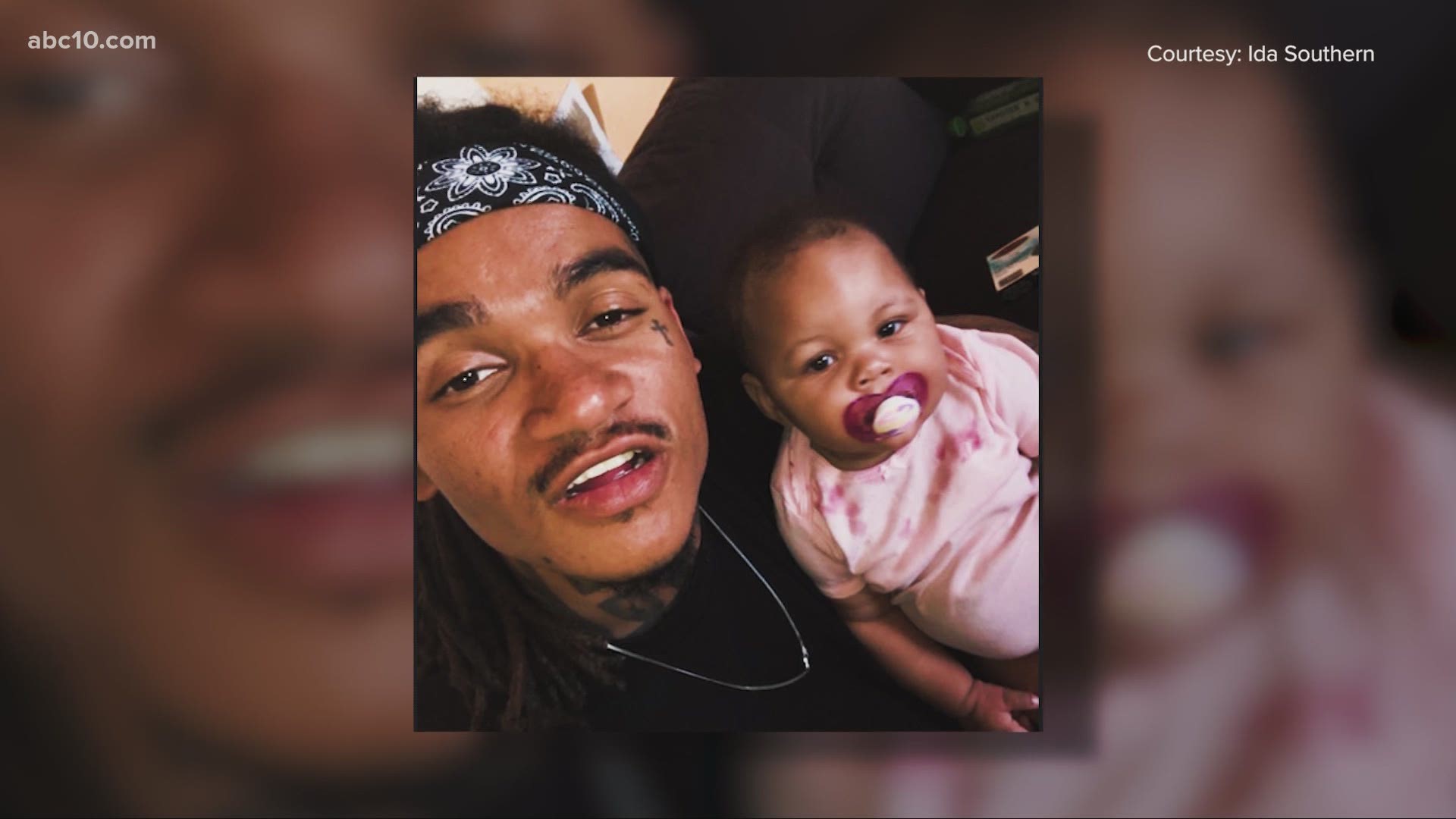 SACRAMENTO, Calif. — Family and witnesses raised questions Wednesday about the fatal shooting of a man by Sacramento police officers. The shooting happened Tuesday in the quad area of an apartment complex near Sacramento State University Tuesday, according to a police department press release.

Police said officers were at the complex to follow up on a shooting from earlier in July. While at the scene, an officer spotted a man matching the description of the previous shooting because of a "distinctive visible tattoo." After officers identified themselves as police, the man allegedly grabbed a gun from his bag and pointed it at the officers, police said.

Police said that, when he did not comply, one of the officers shot him, hitting the suspect "at least once."

The man later died at a hospital. Sacramento police and the coroner's office have yet to release the identity of the man killed, however, Ida Southern told ABC10 that the victim was her brother, Jeremy Southern.

She learned of the shooting after being tagged in a video posted on social media.

"When I watched it and I [saw him] laying on the ground... I just knew," said Ida Southern. "I can't get those images out of my head."

Kendall Cecchettini, a resident at The Crossings, said Jeremy Southern didn't live the complex but was visiting a friend who lived there before he went to the quad area where the confrontation with police happened.

After speaking with other residents who witnessed the event and watching the video circulating on social media, Cecchettini said, "his gun flew a couple feet away... and he started to stand up and could barely move, and they shot him again."

Ida Southern has questions and concerns about why the second shot was fired.

"The first shot, if he had a loaded gun pointed at them, which it shows in pictures and videos, then I can't get mad at the first shot, because everyone knows if you point a gun at the cops [that is] what's going to happen," Ida Southern said. "But the second shot should have never happened. My brother should still be alive."

The Sacramento Police declined a request for an interview about more information saying the incident is still under investigation.

When asked about the timeline of releasing more information, as well as body camera footage, they released the following statement: "Per City Council policy, the Sacramento Police Department has 30 days to release audio and video associated with this incident. The department is working to identify video associated with this incident. This investigation is still active and we will release more information when we are able."

Mayor Darrell Steinberg said the Office of Public Safety Accountability is monitoring the investigation and providing oversight for it.

“We are awaiting more information on the circumstances of last night’s officer-involved shooting but I will say that I am always stricken by the loss of life and the trauma that all involved now carry," said Mayor Steinberg in a statement to ABC10.

The California Attorney General's website shows Jeremy Southern was "in violation" and had a past record of lewd acts with a minor, coercing a minor for obscene matter and felony incarceration related to these incidents.

"My brother, well [all our family], went through so much traumatizing stuff," Ida Southern said.

In response to Southern's past record on Megan's Law, Black Lives Matter Sacramento released the following statement: "Per the family of Jeremy Southern, Southern was 18 years old when he dated a girl who told him she was 17 years old. She was in fact only 15 years old. When their relationship was reported to the Sacramento Sheriff's office by a non-relative, they detained Jeremy. The underage girl voluntarily went to the Sheriff's department and admitted that she had lied to Jeremy, and that he was unaware of the real difference in their ages. The Sheriff's department dismissed her statement and proceeded to arrest and charge Southern. It is unclear why he was charged and prosecuted as if she were under 14 years of age when she was not, which is how he ended up with a sex offender charge under Megan's law."

Ida said she hopes that the public will remember her brother as someone who cared for others. Friday would have been his 23rd birthday.

Sacramento State University said Jeremy Southern was not a student at the college. However, many students live at The Crossings apartments complex.

Cecchettini said there has not been a strong police or security presence at The Crossings up to this point, despite car break-ins, gunshot sounds, fires and drug use in the apartment complex and surrounding area.

The Crossings sent residents a message following Tuesday's shooting. They said in the message that the resident "whose guest was the suspect" had their lease terminated.

Following Tuesday's shooting, The Crossings is enforcing a temporary "no guest policy, increased security around the clock and security check points at all property entrances."

ABC10 also reached out to The Crossing apartments for statement and have yet to hear back.