The incident happened at the midtown Safeway after police officers came to help a security guard trying to detain a man allegedly causing a disturbance. 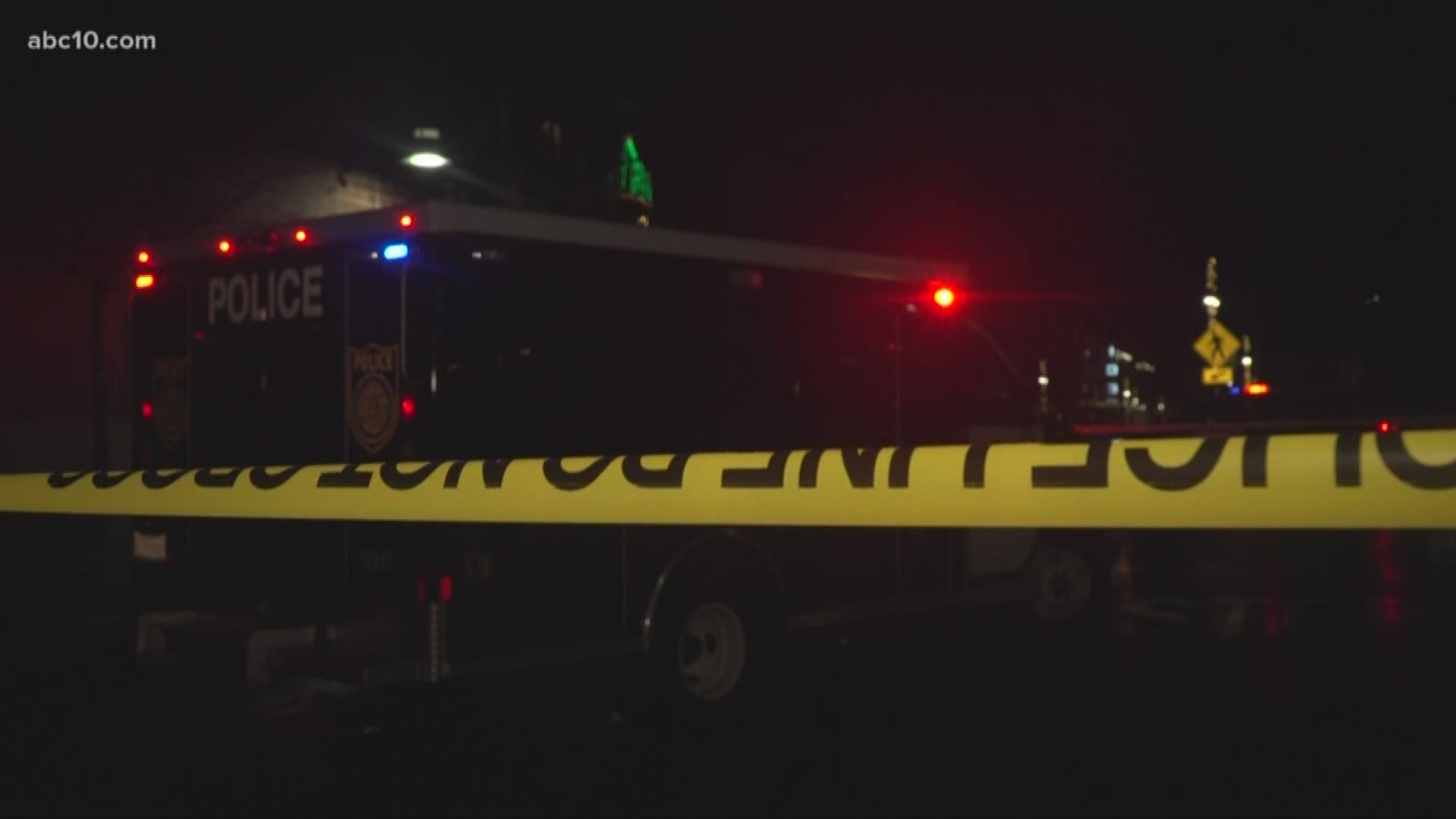 SACRAMENTO, Calif. — A man and a security guard were taken to the hospital Wednesday night after being struck by shrapnel from a gun shot aimed at the man's dog, Sacramento police officials say.

The incident happened at the midtown Safeway on 19th and S Streets after police officers came to help a security guard trying to detain a man allegedly causing a disturbance.

Sacramento police officials said the man's dog was being aggressive and bit one of the officers on the arm. One officer fired one shot at the dog, but missed. Shrapnel from the gun shot struck the man and the security guard, but the dog was not injured.

Jandy Jorgensen, who was shopping in the area, told ABC10 that the dog ran behind the store and hid under her legs.

"She wasn't aggressive, she was real sweet," Jorgensen said. "She licked our hands as we checked her for wounds. And she ended up being wounded on her paw. But it looked like that was it."

The man and the security guard were both taken to the hospital with non-life threatening injuries. The officer who was bitten on the arm was treated at the scene.