Zahra Ammar has only been in Sacramento for three years, but has already found her niche within the community. She calls herself a paper engineer. 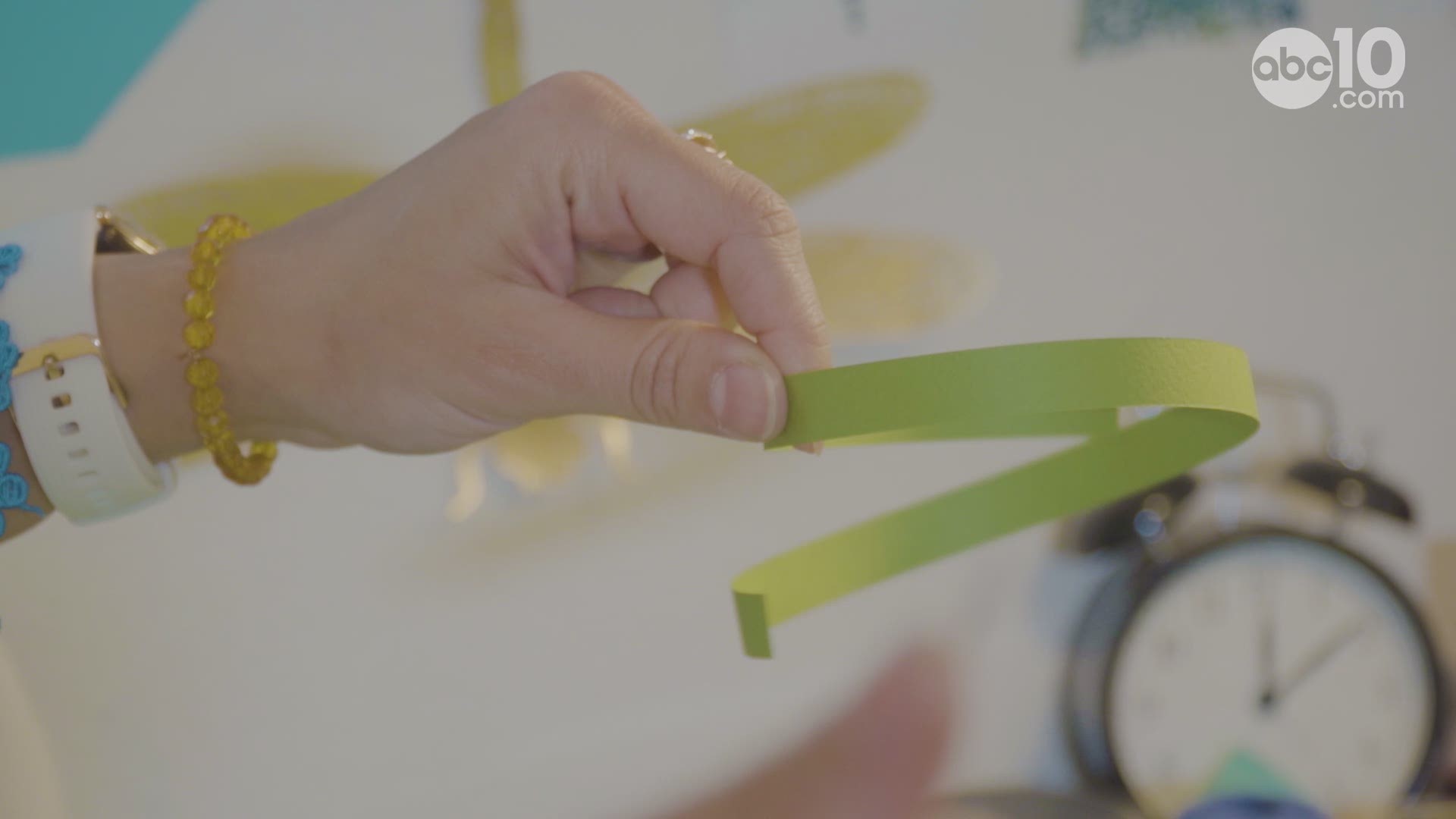 Zahra Ammar has only been in Sacramento for three years, but has already found her niche within the community. She calls herself a paper engineer.

The artist creates her work from paper. She cuts, folds, glues, rolls, and sometimes sews her materials into geometric patterns and shapes. She began with basic origami, then realized her love of quilling, which involves rolling and shaping strips of paper into designs.

“I wanted to take something that was known generally as a craft and push it to the next level where it meets up with art. It kind of became my mission,” Ammar said.

Some of Ammar’s pieces are colorful, with metallics strewn throughout, while others look like well formed structures, jutting out of foam boards. Her most recent work, which is featured in WAL Public Market’s 100 Under 100 show, combines color with her architectural style.

“These pieces have been inspired by the Kuiper belt, the most outermost belt of our solar system, the Milky Way,” Ammar said. “It’s mysterious, and we don’t know much about it. It just beckons you for a second look.”

Originally from Pakistan, Ammar went to school for just about everything but art. She studied economics, business and English and taught economics and English for nearly a decade. Once Ammar moved to the United States, she was ready to start pursuing her passion.

“When I came to the states, it was sort of a sabbatical,” Ammar said. “I had this time to myself. It just seemed like a crazy thought. What if I just do it? And I did, and I’ve just never looked back.”

Ammar has since been in many art shows in and around Sacramento. Her art is currently displayed at The Urban Hive, Classy Hippie Tea Co., Dignity Health in Citrus Heights, and her six pieces from her Kuiper Series are at WAL Public Market Gallery and will be on display through December or until they sell out.

The paper engineer’s goal is to continue exploring the possibilities of paper.

“For me, art is like a conversation. If it’s just about me, it’s just a soliloquy and that’s not much,” Ammar said. “I’d like to spark curiosity with my work. And if that work brings joy to them, that’s just an added bonus.”

Zahra Ammar is in a "state of flow" when she creates

1 / 6
Barbara Bingley
Ammar holds her breath as she places her geometric paper structures onto a foam board.

A love-hate relationship with Sacramento: Local rapper explains the meaning behind his song 'Dear Sacramento'