Pending a few approvals, emPOWERment Park is a soon-to-be reality for the Arden-Arcade area, where kids, regardless of ability, can play alongside each other. 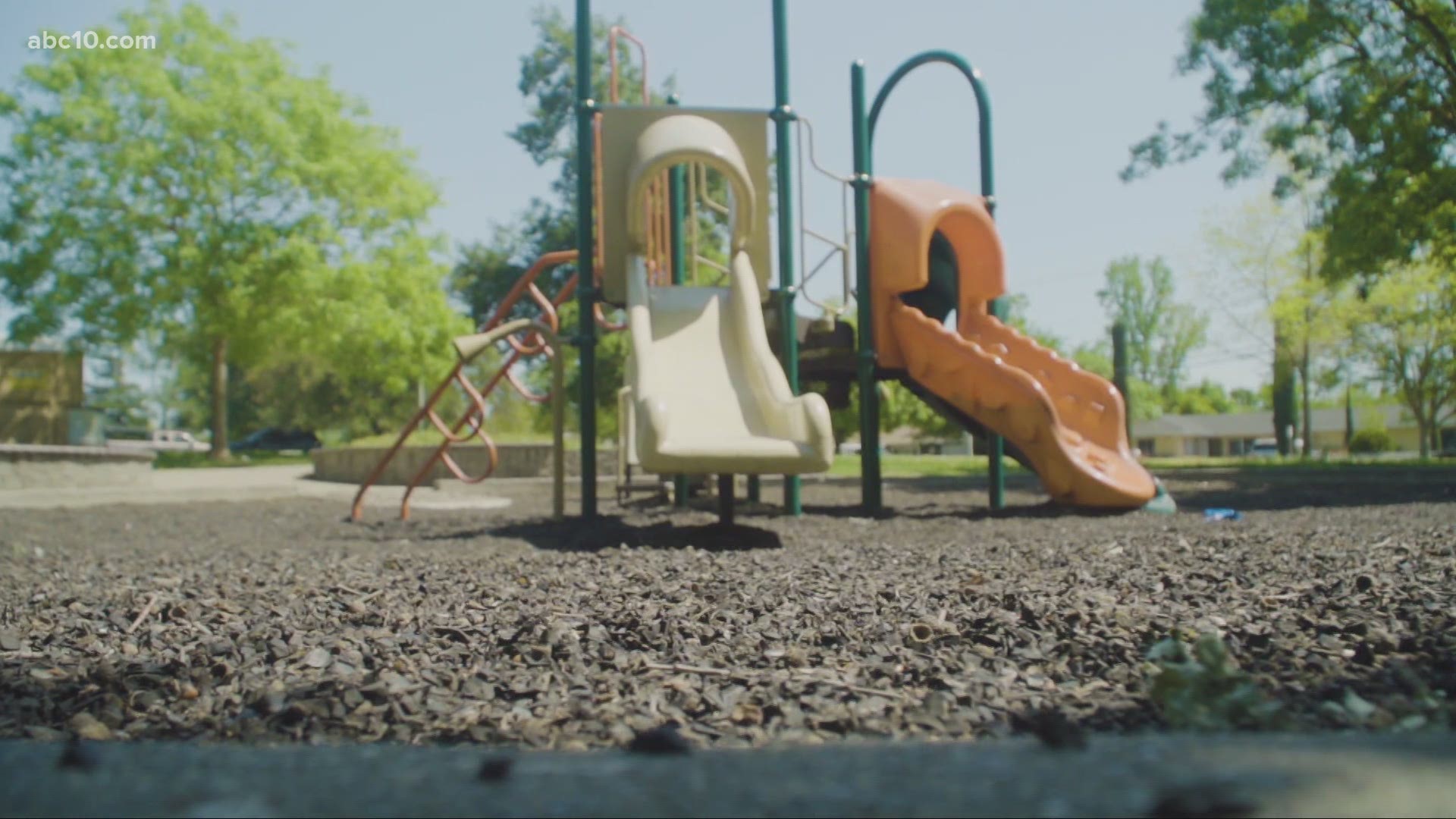 SACRAMENTO, Calif. — Fall of 2021 marks a special point in time for 12-year-old Mary Jane Medal. It marks a point where wish becomes reality and where the construction of a park might set the standard for what a "playground-for-all" can truly be.

Mary Jane is the daughter of Sarah Medal, a lifelong Sacramento resident. Sarah’s daughter has Cerebral Palsy, is nonverbal, and needs a wheelchair to get around. But the most important thing for anyone to know about Mary Jane is that she loves to smile and play with others – just like any other kid her age.

Over in Arden-Arcade where Sarah and Mary Jane live, there’s a plot of land at the corner of Bell Street and Irma Street that’s waiting to become emPOWERment Park, an all-inclusive park where children with and without disabilities are able to play side-by-side. It’s a concept that Sarah calls a “gamechanger” for their community.

For Sarah and Mary Jane, most parks are not accessible for their needs. Sarah said even getting to an accessible park is about a 20 to 30-minute drive into the downtown area or into Roseville.

“To be perfectly honest, we don’t go to the park a lot, well, playgrounds anymore - we used to when she was little – because (of) these very reasons, they’re not accessible,” Sarah said.

A normal park experience for the two was one where she carried her daughter up the playground steps and took her down the slide. It was easy to do when her daughter was little, but as she grew up, it became more tiring. On top of the barriers with play features, there are also issues like curbs, seating, and bathroom accessibility.

“Without those (accessible) design elements and to face the barriers at the park, it’s almost more segregating because the public sees that it’s not set up for you,” she said. “It’s almost like a reinforcer of ‘why are they here?’… it’s divisive.”

Even on holidays like Easter where special events get set up at the parks, it's a different experience. Barring the difficulty of moving a wheelchair through a grassy area, one Easter egg hunt for Sarah and Mary Jane was abruptly over before it even seemed to start.

“By the time we were able to get where we needed to be, all the other kids had grabbed the eggs,” she said.

Mike Grace, executive director of the Sacramento Parks Foundation (SPF), is one of the people trying to make a change for the area.

“People in our community, in the Arden-Arcade community, shouldn’t have to drive to Roseville or the outlying areas to gain access to an accessible play park,” Grace said.

To that end, the SPF has been tinkering away at a park idea for the past three to four years. By 2020, they had earned a $6.28 million grant, transforming the concept and designs into a reality-to-be. They even had land given to them by Sacramento Municipal Utility District, and enough people needed to make it happen.

“We’re all pulling together to provide this one of a kind, in northern California, all-inclusive play park,” Grace said.

While the park is noted as an accessible park, it’s far more than flat ground and wheelchair ramps. The designs present a visual stunner, where children’s play is built with accessibility in mind.

Plans for the park include a two-story slide and a lookout that oversees the area. It has gently-inclined ramps, sloping hills with slides, teeter-totters, swings, water-sensory areas, raised community garden beds, a self-cleaning restroom, and a new concept called Bankshot, a basketball game with differing levels of backboards.

“What we want is we want everyone to feel normal together, playing regardless of abilities,” Grace said. “That’s what this whole park is designed to do.”

“It’s a game-changer for our community,” she said. “There’s nothing like this that exists. There’s not a lot of opportunities for inclusive play for kids with different kinds of disabilities and generally, just kids in the community to interact with each other.”

One of the exciting aspects for her is in the design of the features. She said some parks still have some barriers and some elements might not be as accessible or as appropriate for play as others.

“When we think accessibility, we think ramps, areas for kids with sensory issues, or accessibility for people who might not be able to hear or see… with this park, the design is in the playground,” she said. “You don’t even notice that it’s accessible because it’s so awesome and looks so fun.”

While, for now, Sarah and Mary Jane don’t frequent playgrounds as much, opting instead for strolls through park trails or watching as other kids play, Sarah sees emPOWERment park as an exciting future hub for birthday parties and gatherings. On top of that, the park allows kids to learn more about inclusion and to interact with others who might be different from them.

“When you do that as they grow, it’s not stereotypes and all of those social barriers that we deal with just by lack of being exposed to people that are different than you or the lack of opportunity that you have from just getting to know somebody,” Sarah said. “That’s where I really think the magic is going to happen.”

Grace said the park is fully funded and expecting to break ground in the fall of 2021. However, the SPF is also doing outreach for additional funds to ensure they can build the full vision they had for the park. About $500,000 to $1 million would do that, Grace said.

Anyone interested in support the park can reach out to Grace via email or visit the SPF website.

WATCH ALSO: 'Disneyland of playgrounds' one step closer to becoming a reality in Modesto